Iran and the Disengagement Rules with Israel

Majed Kayyali- Palestinian writer
November 21, 2019
Menu
In trying to make sense of the momentous increase in Israeli strikes over the past two years, the realization becomes clear that the American-Israeli investment in Iran’s destructive role in the Middle East has now fulfilled its purpose.

Israel has been launching one airstrike after another in Syria, targeting military bases, ammunition depots and regime arms convoys as well as vehicles pertaining to the Iranian Revolutionary Guard and its allies, especially Hezbollah. Israeli strikes were more frequent in the last two years than at any other time before. This month alone, there were two attacks, one on the 12th, the second on the 20th. And as we have seen in the past weeks, Israel struck in Iraq, too.

Several patterns emerge here. First off, while Israel strikes, the other parties settle for claiming they “reserve the right to retaliate” when the right time comes. Second, Iran has been avoiding a direct collision with Israel, or even between Hezbollah and Israel, and, instead, luring Israel the Syrian front, or, as we saw last week, in Gaza, via its surrogate militias. Even when, at the beginning of the year, Israel directly attacked Iranian territory and lay its hands on a large part of Tehran’s nuclear archives, Iran did not react. The third remark is that whenever Iran attempts to draw Israel into conflict, it is driven by narrow and temporary political calculations. Its motives have nothing to do with the Palestinian cause, even when the Iranian regime occasionally uses the idea of “resistance to occupation” as part of its rhetoric, and when Hezbollah adopts the name “resistance” itself to refer to its own movement (“Almoukawama.”)

The disengagement rule with Israel is a mere cover to quell the hope of Syrian, Lebanese, Iraqi and Iranian people for salvation

In trying to make sense of the momentous increase in Israeli strikes over the past two years, the realization becomes clear that the American-Israeli investment in Iran’s destructive role in the Middle East has now fulfilled its purpose. Iran has accomplished its mission. The time has come to curtail its power. Iran’s hegemony over Iraq, Syria and Lebanon would not have been possible without the approval of the United States and Israel who indirectly facilitated it. Following its invasion of Iraq in 2003, the U.S. dismantled the Iraqi state with its army, security apparatus, and service sectors. The chief American diplomat Paul Bremer oversaw the drafting of a sectarian constitution. Iraq was thus handed over to Iran-backed militias. The American administration trusted Iran to wreak havoc and create seismic rifts among Middle Eastern countries. America gave free reign to the “Vali-e-Faqih” (Guardian Jurist) regime, its “Revolutionary Guard” with its “Quds Force” unit, along with Iran’s network of proxy militias to do all the “dirty work” in ruining what remains of Middle Eastern state and society structures.

For its part, Israel is also keeping quiet over Iran’s increasing influence in Syria and Lebanon. After Israel’s withdrawal from South Lebanon in 2000, Hezbollah ceased its “resistance” activities and turned to local Lebanese politics. Even during the second Palestinian uprising in 2000 which lasted for five years, and later the three Israeli wars on Gaza in 2008, 2012 and 2014, Hezbollah did not fire a single bullet on Israel. And when the Iran-backed militia kidnapped two Israeli soldiers in 2006, triggering an all-out war on Lebanon and compelling its secretary general Hassan Nasrallah to apologize for it in the end, the party’s move was meant to cover up and distract from the assassination of then Lebanese prime minister Rafik al-Hariri and the subsequent withdrawal of Syrian troops from Lebanon. The kidnapping was meant to give Hezbollah its status back and prove the party is a key player on the Lebanese stage. It continued to try to do so for the following years.

But in the end, and all claims aside, the actual fact remains that Hezbollah has for twenty years now, practically abandoned the role of “resistance to Israel.” Instead, it is now dedicated to defend the regime of Bashar al-Asad. For that purpose, Hezbollah is busy killing Syrian civilians, burning their homes, causing their displacement. And in Lebanon, it is protecting the corrupt sectarian system there.

Iran is playing the same game with the Popular Mobilization Forces militias in Iraq.

Since 2018, then, Israel intensified its military strikes and launched numerous air raids, the most ferocious of which took place in April, close to Hama, and destroyed a large Iranian military base along with its arms depot. And last summer, Israel launched its most violent attack to date in Syria. The operation began in the capital Damascus and al-Mazza military airport in the city of Homs, and continued to target military structures belonging to Hezbollah and Iran in al-Kiswah, south of Damascus, the “First Legion” base at the Jamraya research center, military constructions in Sahnaya, many Hezbollah bases in the Qalamoun mountains, as well as the militia’s Homs bases. Israel then returned to Damascus and raided more bases, inflicting dozens of casualties both among Hezbollah’s high-ranking members and Iranian officers. In parallel with these raids, Israel was attacking Hezbollah’s headquarters in South Beirut as well.

Simply pretending that Hezbollah’s mission is “resistance” does not make it so, when actual resistance ceased two decades ago. Neither is it right to call it “resistance” when the militia is using its power and weapons against people fighting for freedom from corrupt, oppressive, and sectarian regimes. The disengagement rule with Israel is a mere cover to quell the hope of Syrian, Lebanese, Iraqi and Iranian people for salvation. 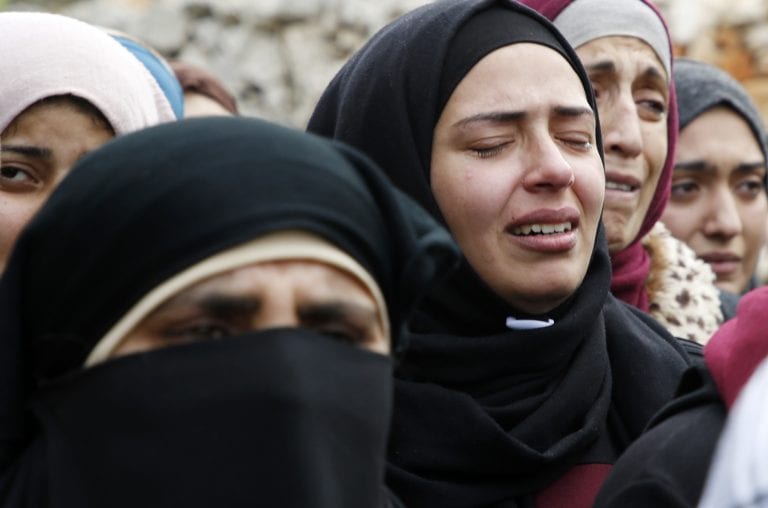 مصطفى إبراهيم – صحافي فلسطيني
Extremists are forcing the hijab on women. And alliances between politicians and tribal chiefs are back. 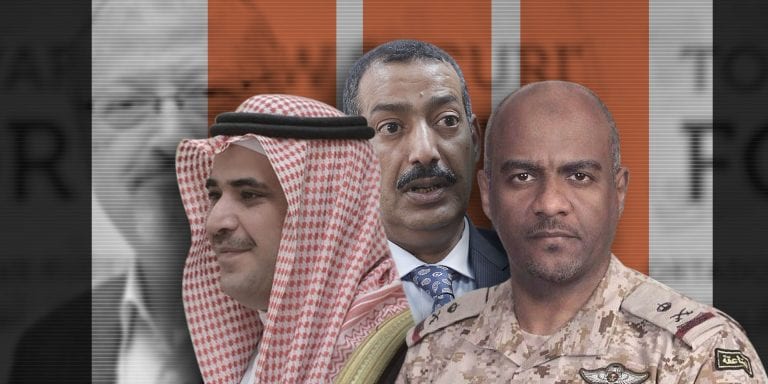 The Khashoggi Crime: The Day of Acquitting the Culprits

سمر فيصل – صحافية سعودية
Why was Al-Qahtani acquitted from the murder of Jamal Khashoggi? Who will benefit from this? 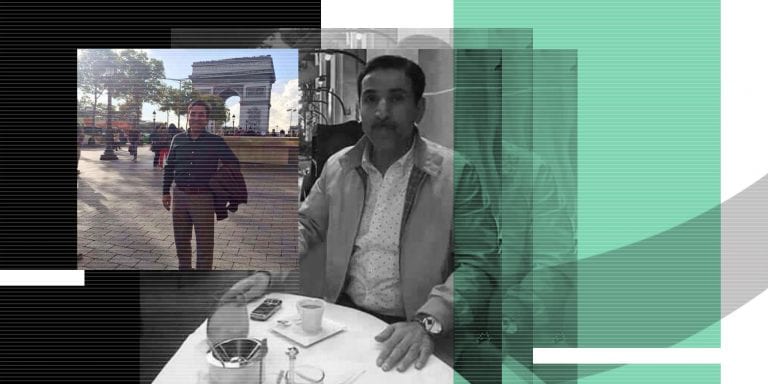 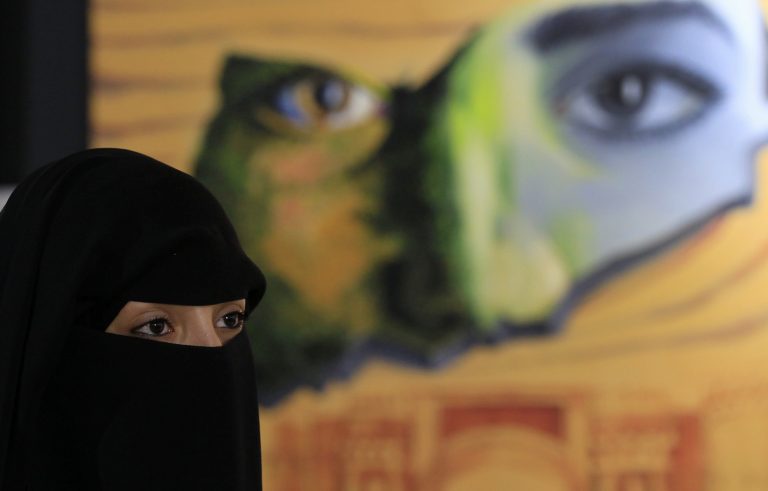 “Honour” Killings in Yemen: Tribal Tradition and the Law

عبير محسن – صحافية يمنية
Samiha was beaming with joy when she saw her family in court, only for her mother to suddenly pull a knife that she had smuggled under her garment, pass it on to her son, who then pounced and stabbed his sister in the neck. 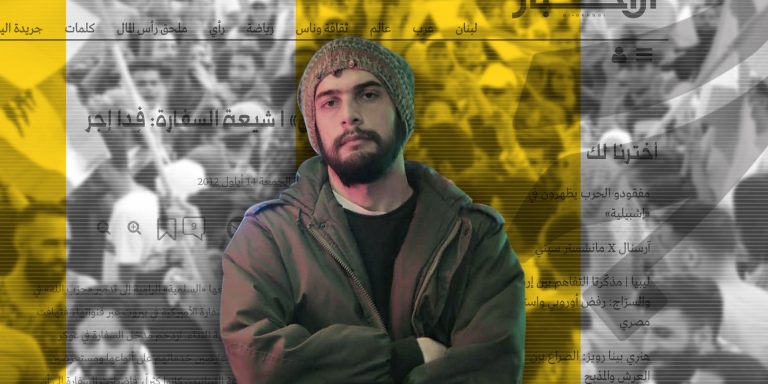 “An Embassy Shia”: I won’t Sacrifice my Life for Anyone’s “Shoe”

بوناصر الطفار – كاتب ومؤدي راب لبناني
It is no doubt painful that your friend should wish you were burnt alive. But such an angry comment is only a detail when it comes to years of incomparable hatred and menace against us, the Shia who oppose the “Big Brother.” 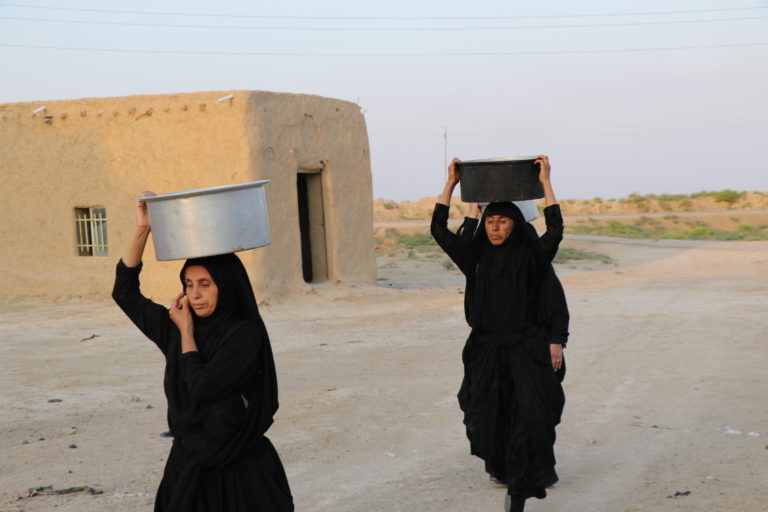 The Southern Mesopotamia: Draught and Pemphigus Threaten Women and Children