Egypt: A Killing, Koshari and the Long Night of Christians

Hani Mohamad
Egyptian Journalist
April 18, 2022
Menu
“The Christian nerve is the most inflamed in the Egyptian body, because the authorities have failed to integrate it into the Egyptian fabric.”

During the first half of the holy month of Ramadan, Egypt witnessed several sectarian incidents targeting Christians. A famous priest was killed in Alexandria, a Christian family was prevented from having a meal in a koshari restaurant, and then there were calls for the arrest of a group of Coptic youth, who distributed meals to poor people fasting, yet were accused of “evangelizing.”

The abuse of Christians in Egypt has been going on for years. Previously, it did not go beyond harassing a girl in the street, commenting on her clothes, or chasing those who broke the fast in public. This year, matters turned for the worse, as a priest was killed when he wandered the street.

It was a terrifying scene shown on the video that spread on social media. It showed Archbishop Arsanios Wadid of the Church of the Virgin Mary in Alexandria lying on the ground. His killer, bearded and wearing dirty clothes, tried to escape. From his appearance it seemed he was homeless or at least tried to pretend that.

Christian social media groups and pages were filled with warnings, attributing the murder to a “psychopath.” The priest was dressed in his official black cloak and turban, a large cross adorning his chest. This seems to indicate the killer had not a personal motive, but an identity motive.

The most prominent feature in the murder of Archpriest Arsanios Wadid was its location: Alexandria, a city with a large Christian presence and anti-Salafi crowd, while it was, and still is, a Salafist stronghold, home to its most famous man, Yasser Burhami.

This increases the possibility of religious fanaticism. The suspect is accused of assassinating the priest in a struggle for influence in the city with its Christian roots, which has been described as “a European piece added to Egypt.”

Alexandria is not only a European “piece” in terms of architecture and the foreign communities that lived here, but also due to its long ecclesiastical history.

The Church of Alexandria was founded in 67 AD, and shaped Christian thought through the ages. The Salafi “Da’wa” only arose in Alexandria in 1972 through devout Muslim students, who lead a major Salafist expansion. Some of its main “stars” joined international terrorist organizations, while others preferred to stay in Alexandria to guard the city from its “Christian origins.”

Repeatedly, incidents of violence against Christians took place, which bore the hallmarks of Salafist sheikhs, even if they were not the direct instigators. This manifested itself, for example, in the murder of a liquor seller by a radical Muslim in 2017. He confessed he did not belong to an Islamic group. But if he had the opportunity, he said, he would have killed “all liquor sellers.”

The statement of the murderer of the liquor seller worries Christians about the outcome of the investigation against Arsanios’ murderer and the verdict. It might take the easy way out by questioning the suspects’ mental powers. The killer already claimed he suffers from disorders and was admitted to a psychiatric hospital some ten years ago.

Christians fear a lenient sentence that would not only be kind to the murderer, but would also increase their pain.

Coptic thinker Kamal Zakher told Daraj he believes that all recent events, which began with the killing of Arsanios Wadid, are “disturbingly planned, by extremist groups threatening and targeting both Christians and the state.”

“At one time during the reign of President Anwar Sadat, the state released Islamic groups in a tacit agreement to ensure his survival on the throne,” he explained. “And the Islamic groups have that belief until now. They consider themselves safe, as long as the harassment and incidents do not amount to full-blown sectarian strife.”

For Christians, the matter goes beyond the killing of the priest, according to Zakher, who considers his murder part of a crisis. “It came at a time no one expected, since the state has eliminated the Muslim Brotherhood and terrorist incidents,” he said.

In a previous interview, the late journalist and writer Mohamed Hassanein Heikal said that no Egyptian president should leave aside two files: the Copts and the Nile.

“The Christian nerve is the most inflamed in the Egyptian body, because the authorities have failed to integrate it into the Egyptian fabric,” said Zakher.

The discrimination against Christians, coinciding with the beginning of Ramadan in Egypt, reflects the very particular idea that dealing with Christians is dealing with people of dhimma, not equal and fellow citizens within a shared homeland. As for Christian rituals or Christian life, they can practice it “secretly,” out of sight, in their churches and homes.

Maryam Mikhael told Daraj that she chooses to walk on roads devoid of mosques. She prefers empty squares and wide public roads, instead of narrow lanes to avoid harassment.

“I have lived my whole life in fear of a confrontation with another person,” she said. “No matter how much someone harassed me, I would avoid a confrontation, worried that he might be Muslim, and that the matter would turn into something bigger. Ramadan is to preserve the feelings of Muslims. Restaurants are often closed throughout the month, so even if I try, I will most likely not find one.”

Restaurants used to close their doors during Ramadan under the pretext of renovations and repairs, which was silently accepted by the Christian community in Egypt.

“Christians were careful not to eat food during the Muslim holy month,” said Zakher. “To them it was a kind of Egyptian solidarity. They did not think or talk about it. I do not remember how we used to think about it in the old days, while Muslims on the other hand, used to tell Christians: ‘Eat and drink, do not care about us.’ A state of friendliness prevailed.”

What happened in the first week of Ramadan was very different. A Christian family ordered a meal from one of the most famous Koshari restaurants in Egypt, and asked to eat it inside, before breakfast, but the restaurant refused.

Social media turned in anger at the restaurant and the hashtag #Kushari_Al-Tahrir clips topped Twitter for days. The restaurant responded by explaining that eating “takeaway” inside is prohibited during Ramadan.

Most restaurants forbid eating inside during the day before the time of breaking in Ramadan, according to rules applied by each individual restaurant. Muslims – collectively – impose their law on Christians in all details of life. This is what happened in the current Ramadan, and not only in the Koshari incident.

A group of Christian youths, who follow the Church of Mar Girgis (Saint George) in the city of Qena and bear the name “St. George Scouts,” distributed juices, sweets and some breakfast to people living in the street to promote national unity and tolerance.

Muslims do this all the time, but when a Christian group does so – they used to do this for years – someone called for their arrest on charges of proselytizing and trying to convert Muslims by using “breakfast meals.” The activity was halted out of fear it would turn into sectarian strife.

The incident illustrates how Muslims in Egypt view Christians. Again the idea of ​​Dhimma is manifested in this. A Muslim has a right to call a Christian to convert to Islam, but if the opposite happens, it is a crime, for considered – for the puritans – an invitation to “disbelief.”

These ideas have infiltrated Egyptian media as well. For example, in the same week the well-known liberal newspaper Al-Masry Al-Youm published a jurisprudential question related to Ramadan: “What is the ruling on selling food during Ramadan to the infidel?”

The newspaper used the term “infidel” to refer to Christians. This expresses a collective belief in the hearts of many Egyptian Muslims that Christians are “infidels” and “dhimmi” who should not be treated like Muslims, but have a special, inferior treatment. The item passed through the entire newspaper team until it was published in the print edition, and republished on social media, without anyone noticing something wrong or strange.

Since the 1970s, Egyptians have been exposed to waves of “awakening,” first when the late Egyptian President Anwar Sadat allowed Islamic groups to operate, and later through periods of Islamic awakening that affected millions of Egyptians, especially those who grew up and worked in the Gulf countries. Messages such as “Christians are unbelievers” are entrenched in them.

Schools teach that the Surah Al-Fatihah’s “neither the angry nor the lost” means “Jews and Christians.” Children, who grew up with such ideas, became responsible for newspapers, magazines, and other media outlets. Although they do not belong to the ideas and groups of the “Awakening,” and at times even opposed them, the ideas and terminology remained rooted in them.

This fatwa explains the closure of restaurants during Ramadan to non-fasting people, as they are considered infidels and it is not allowed to sell to them.

“Egypt is a civil (secular) state,” said Kamal Zakher. “But the constitution does not recognize that. The Egyptian constitution contains contradictions, because at the time it was issued there was a lot of political confusion. But now, if Egypt wants to live in a state of stability, the constitution must be amended. Article Two, which states Islamic Sharia is the main source of legislation, and Article Three, related to the personal status of Christians and Jews in Egypt, must be abolished, as well as the Article on Al-Azhar considering it an independent body. Egypt must constitutionally be a civil state only. Nothing else.”

Egyptian society not only suffers from religious strife due to the presence of Salafists and other extremist religious groups spreading fanaticism, but also from the absence of a mechanism to punish and regulate religious issues without giving Muslims an advantage over Christians. Some Muslims use this “preference” in imposing their law on what they consider “their” and “their” state alone. 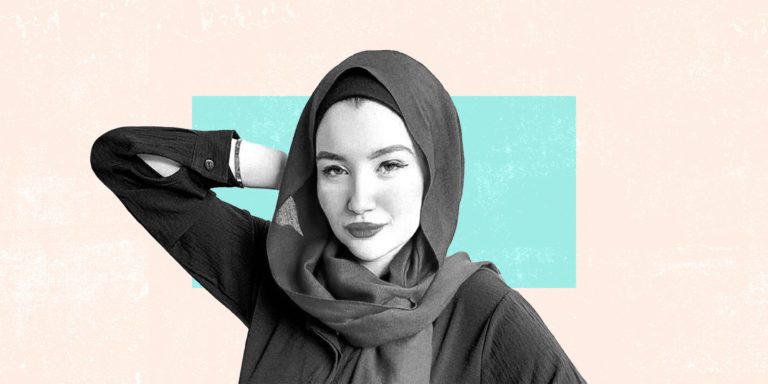