The BBC Offers 30 Minutes of Space for Assad Regime Propaganda

Adel Haddad
April 7, 2022
Menu
The BBC is often accused of abandoning objectivity when it comes to the Syrian file, often satisfied with loyalists from Damascus commenting on an event, and only receiving Turkish guests if it wants to include an opposing position, as if the only opposition is Ankara while otherwise the regime is independent and sovereign.

Luna al-Shibl, an advisor to Syrian President Bashar al-Assad, could not dream of a better chance to spew propaganda than the interview allocated to her by BBC Arabia.

During a whole half an hour on the “Without Chains” program, Al-Shibl casually presented the Syrian regime’s point of view on many topics, including the invasion of Ukraine, the Israeli bombings, and their relationship with Iran. The presenter of the show, Noureddine Zourqi, seemed satisfied with her responses, without perturbing her further with any counter arguments nor an opposition narrative. The interview was filmed in the heart of Damascus.

During the interview, Al-Shibl justified the regime’s position on the invasion of Ukraine, “by supporting Russia’s right to defend itself and its national security,” a right guaranteed by Article 51 of the United Nations Charter that allows countries to defend themselves.

Al- Shibl, the chancellor who had studied French literature in college as boasted about by the program’s presenter, outperformed even Russia itself in spreading propaganda. She continued to state that Moscow “presented documents confirming that Ukraine was the one who wanted to launch aggression first.”

Zourqi of course failed to point out that this justification had not originally been mentioned throughout the Russian excuses provided for the invasion, which more so focused on the persecution of the people of Donbass. Rather, he simply moved on to another question about the background of the Syrian position, offering Al-Shibl a golden opportunity to explain about “Syria’s well thought out position, one not taken hurriedly, but rather is based on common issues between the two countries.”

After that, she boasted about the Syrians who had volunteered to fight alongside Russia, noting that “many Syrians expressed their desire to participate in order to return the favor,” and added: “Although there is no need for volunteers, and Russia did not ask for them from Syria.”

Here again, Zourqi failed to object to his guest’s words, even though the BBC itself had devoted an article merely a week ago on the “Syrian volunteers in Ukraine,” with one of them quoted as saying, “Russia is committing a massacre in Ukraine, and is taking advantage of the poverty of Syrians who are starving, so its providing them with a small amount of money in order to sacrifice themselves and fight on its side.”

The presenter was also silent when the topic of the Western siege on Russia came up, which was denied by the chancellor, who stressed that Russia is “the one besieging Europe, and the evidence is that it’s much larger,” adding that “President Vladimir Putin’s popularity is rising while the popularity of President Joe Biden is declining.”

As for the contradiction between the “alliance” with Russia and the latter’s coordination with Israel to carry out strikes in Syria, Al-Shibl justified it by assuming the stupidity of her viewers, explaining, “The agreement between Russia and Syria focuses on helping Syria fight terrorism, there is no talk about the protection of borders.” She also emphasized the possibility of responding to Tel Aviv, and that the regime has been fighting armed groups backed by Israel for 11 years.

This is how casually this Assad-ist propaganda made its way onto the BBC without objection, even to the bare minimum. The irony lies in the fact al-Shibl’s talk about Israel parallels the “Israel Hayom” newspaper’s revelation that Naftali Bennett recently halted a regional initiative promoted by his predecessor, Benjamin Netanyahu, to return Assad to the Arab League, noting that since 2019 Netanyahu has begun to pass this initiative based on the idea of International reconciliation with Assad’s victory, in exchange for the forces’ agreement on the withdrawal of Iranian forces.

Al Shibl denied the existence of Iranian influence in Syria but spoke about Iranian advisors, responding to Zourqi’s question with “where is this influence?” He had confusedly asked her at this point that there might be Iranian influence, while Israel bombs Syrian army sites. He of course completely ignored the Iraqi militias loyal to Iran, the Lebanese “Hezbollah”, as well as Iranian real estate purchases and the demographic change they’re causing in Syria.

The BBC is often accused of abandoning objectivity when it comes to the Syrian file, often satisfied with loyalists from Damascus commenting on an event, and only receiving Turkish guests if it wants to include an opposing position, as if the only opposition is Ankara while otherwise the regime is independent and sovereign.

BBC Arabia section insists on continuing to work with a correspondent from Damascus who often presents the regime’s narrative and reports on humanitarian and livelihood issues, ignoring the causes of these issues and those responsible for them. BBC Arabia’s policy towards Syria is completely different from that of their English counterpart, which appears to be relatively more professional and presents the stories of the various parties. The same is true of other Arab regimes.

Likewise, the timing of the interview raised additional questions, as how can a channel that is very enthusiastic about the Ukrainian resistance and violently critical of the Russian invasion, offer half an hour of air to a dictator’s advisor who finds in the invasion a “correction of history”, and then proceeds to speak about the regime’s narrative without any serious objections.

In comparison to previous interviews by Al-Shibl with official Syrian channels, there were more objections to her words than by the presenter in the BBC interview. 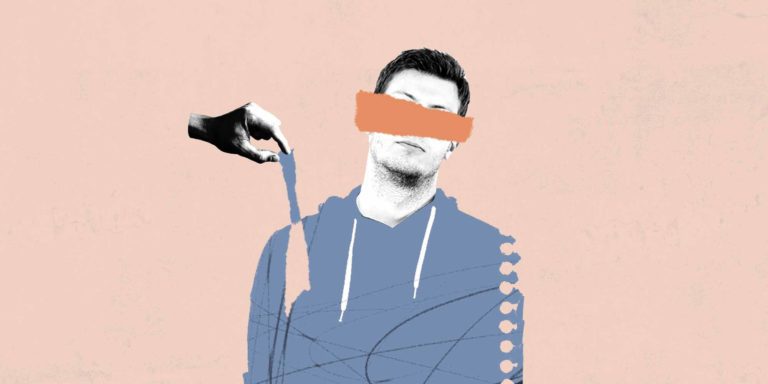