Lebanon: Threats, Slander and Treason in Run-Up to Parliamentary Elections 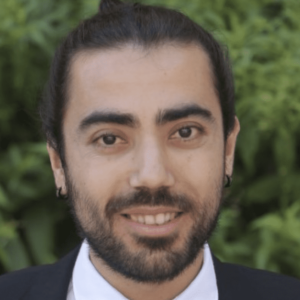 Charbel EL-Khoury
Lebanese Journalist
March 24, 2022
Menu
The danger lies in the sectarian parties restricting opposition to only a few platforms by threatening people who wish to welcome political gatherings and debate, and calling upon their supporters to boycott their venues

The March 19 meeting organized by the Lebanese political party “Citizens in a State” in a café in the town of Kfar Ruman near Nabatieh in south Lebanon did not pass as smoothly as it should have in a country preparing for parliamentary elections, which are set to take place on May 15, 2022.

Kfar Ruman is known for its leftist and communist presence, in addition to, of course, Hezbollah and the Amal Movement. Founded in 2016, “Citizens in a State” is an opposition party that took part in the 2019 October uprising and remained active afterwards.

The party meeting ended without problems, but incitement began immediately after. Pictures of the café were published on social media and tweets called upon people to boycott the café, while people participating in the meeting were accused of accusations of employment and treason.

The campaign was launched not because of a political position hostile to the project of Hezbollah and Amal, but because “Citizens in a State,” as an opposition party, had dared to nominate its own candidates in the Shiite duo’s area of influence.

This is what provoked the latter’s supporters to call for a boycott, which is a trusted method often successfully used by the two parties in the past. It is a way to “blackmail” shop owners, as the traditional power brokers in south Lebanon have the ability to mobilize people.

“There was no direct harassment, but we saw the incitement on Twitter afterwards, which was to be expected,” said Nizar Rammal, the party’s candidate on the Qadirin list, who took part in the March 19 meeting. “There is a very high rate of charging. Not only regarding us, but towards all opponents. And then there is the mobilization on the basis of treason which can target anyone opposing the main forces in the region.”

“What’s more, the powerful parties enjoy certain privileges,” he continued. “We cannot speak on social occasions in Hussainiyas, while they have a free weekly pulpit. They also have the municipalities and municipal buildings, as they control most of them in the south. So political opponents face difficulties finding spaces, while shop and café owners are afraid of a possible boycott if they receive you.”

Only On March 8, “Citizens in a State” organized a political dialogue in the Abu Hadi rest house in Shiyah in Beirut, but the session was canceled. In a video Doumani explained it was canceled, despite having an agreement with the venue’s owner.

Despite another video in which the “Party of Citizens and Citizens Women” addressed their position towards Amal and Hezbollah, the legitimate resistance and the Israeli occupation, the party was not spared allegations of treason by the Shiite duo’s supporters.

The restroom owner said he did not know about the nature of the meeting and that his place is open to “honorable people only” – and not to suspects attacking the environment of resistance.

The dialogue was then moved to the Beirut Tayouneh roundabout on March 15. Opposition parties have since held regular electoral meetings without major problems, except in Tariq Jdeed, where the “Beirut Resist” campaign was attacked by supporters of Saad Hariri’s Future Movement.

“Beirut Resist” tried to make people listen to a new path and political projects away from the Hariri clan, which is what prompted the latter’s fans to slander the campaign and destroy the tent that was erected for it. This happened in the complete absence of the Internal Security Forces.

The presence of force on the ground is not the only thing that distinguishes the parties in power. There is also their superiority in financial and propaganda means, which gives them a huge advantage in reaping parliamentary results.

“Money is a key factor in the superiority of the parties in power, as well as the media they control,” said candidate Rammal. “As for their accusations regarding our funding, we have monthly subscriptions, and each candidate must cover the costs of his candidacy. In fact, it is them who should disclose their sources of funding.”

As soon as young Rabab Yahya announced her candidacy in the Bint Jbeil district, she was accused of terrorism, because she supported the Syrian revolution. She was even accused of being the candidate of Jabhat al-Nusra, which could pose a real, physical threat to the woman eager to fight a political battle in an area where competition is extremely difficult.

Her colleague on the “Capable” list, Rayan Sharara, a candidate in the district of Nabatieh, got her fair share of patriot tests. She was asked about the martyrs, blood and sacrifices she had offered, as if entering parliament requires fighting battles from Syria to Yemen.

“In most cases, cyberspace does not reflect reality,” Sharara told Daraj. “It does not reflect the interaction of individuals with each other in reality. The behavior we witnessed on Twitter after the Kfar Ruman session does not reflect our experience on the ground. We did not encounter any objections from residents on the day we held our meeting. On the contrary, it was attended by people from many different backgrounds, and the dialogue was fruitful.”

“The danger lies in the sectarian parties, with the help of their agents, restricting us to only a few platforms by threatening the owners of places who welcome political debate, and calling upon people to boycott them,” she continued. “In the past, several parties resisted our movement in the Chouf, downtown Beirut, the Tariq Jdeed, and Mutayleb, where we were beaten and robbed by local police.” 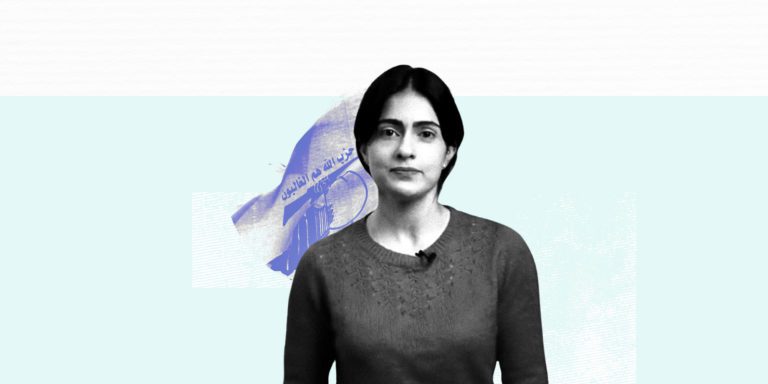