Sinar Hassan
Iraqi Journalist
04.02.2022
Menu
"I couldn't do anything because I was afraid, then when I went to receive the treatment, the nurse asked me, 'Are you a boy or a girl? Have we not gotten rid of those [trans people] yet? I thought the clerics and authorities prevented them from being out among us.'

This is what Sama and the many other transgender folk used to face in hospitals in Iraq when trying to get treatment during the Coronavirus pandemic.

The current COVID-19 surge is once again revealing how transgender people in Iraq are casually made the target of religious and society-driven attacks.

During the pandemic, the LGBTQIA+ community had been continually experiencing stigma and discrimination while seeking health services. Sama Adil, a 23-year-old transgender student, explains that this exclusion is in addition to community laws that criminalize same-sex relations. Sama tells us about her experience trying to get health services from one of the care centers.

“When I was infected with the Coronavirus a few months ago, and went to the hospital, everyone disdainfully looked at me,” Sama said. “And one of them said, ‘it’s no wonder God punishes them, the men who try to imitate women.'”

“I couldn’t do anything because I was afraid, then when I went to receive the treatment, the nurse asked me, ‘Are you a boy or a girl? Have we not gotten rid of those [trans people] yet? I thought the clerics and authorities prevented them from being out among us,'” Sama continued.

In a series of tweets published at the beginning of the pandemic, just over a year ago, influential Iraqi Shia cleric Muqtada al-Sadr explicitly blamed the Iraqi LGBT+ community for “causing” the coronavirus.

On his Twitter page on March 28th, 2020, he stated that “one of the most appalling things that have caused this epidemic is the legalization of same-sex marriage” and he called on “all governments to repeal this law immediately.”

“We have repeatedly warned about the spread of Western ideas among the Iraqi youth,” says Ibrahim al-Jabri a spokesman of Muqtada al-Sadr, invoking a common concept that homosexuality was a “Western” malady. “We will not allow [LGBT people] to continue among us as it is against our religious dictates.’’

After al-Sadr’s tweets blaming Covid-19 on homosexuality, generalized homophobic hate speech increased across Iraq, according to IraQueer, an Iraqi LGBTQIA+ rights NGO. This ramp-up in homophobic sentiment and discourse, says the NGO, is exposing the Iraqi LGBT community to a major risk either from family members or militiamen seeking to “cleanse” Iraq of “debauchery.”

Protectors of Morals and Traditions

After the US invasion in 2003, Iraq witnessed a series of killings every year at the hands of Iraqi militias allegedly targeting gay men who had been accused of “lacking manhood.” Human Rights Watch researcher, Rasha Younes, says that this constitutes “a grave pattern” of violence against LGBT+ people in Iraq.

Maryam Mahmoud, a 22-year-old transgender woman from Basra, southern Iraq, said that her family forced her to see a psychiatrist who in turn pushed her to get testosterone shots to transform back into the man her family wanted her to be.

She also said that her doctor would insult her in attempts to make her fear God’s wrath and punishment. He would read her the Quran incessantly.

Previous governments absolved themselves of responsibility of this issue, choosing instead to frame themselves as “protectors” of morals and religious traditions. Current Prime Minister, Mustafa Al-Kadhimi, indicated a readiness to address ongoing human rights violations more generally with regards to LGBT+ rights and safety.

Since 2020 more than 45 death threats were received by LGBTQIA+ people, according to IraQueer.

Civil society organizations have estimated that the number of murders has exceeded 100 since May 2020, though official figures are not available, according to Human Rights Watch.

Although the government of Iraq is obligated to promote, defend, and protect the rights of its LGBT+ citizens under human rights law, policemen arrest and attack transgender people all the time justifying them as honor cases.

‘’We focus on spreading awareness. We do that through videos, publications, and a radio program that airs inside Iraq. We also focus on direct services including safe housing, medical services, and other needs that LGBT+ Iraqis might have,’’ Amir Ashour founder of IraQueer, Iraq’s first national LGBTQ+ group, tells Daraj.

Ali, a 19-year-old transgender man from Baghdad, tells Daraj, “The mere perception of being part of the LGBT+ community is extremely dangerous in Iraq and living openly as a trans man is simply impossible. I face verbal harassment and abuse inside Iraqi hospitals every time I have to go to the doctor, because of my identity and my hair.”

Lana Hussien, a social worker in an international organization, said that the trans community faces a lot of violence, especially those who choose to undergo hormone treatment and exhibit clear physical changes. Iraqi law also denies them gender-affirming healthcare.

‘’Hormone treatments are not legal and make transitioning even more dangerous. It means the people who managed to undergo the surgery outside of Iraq face difficulties in obtaining legal documents that reflect their gender identity in Iraq,” Lana added.

Safa Al-Bazi (not her real name), a trans dentist from Baghdad, said that she was threatened when she was a student at her university by the faculty staff, with one of the professors even refusing to have her in his classroom.

In fact, she had to stop studying for two years before returning to the university. Safa also witnessed many cases of violence since she started work in Iraqi hospitals and said that health professionals often discriminate against trans-people. She relays one example of when doctors refused to provide treatment to a transgender person because she was wearing makeup and women’s clothing.

In another hospital in North Baghdad, Safa said that the team of doctors refused to diagnose a transgender patient’s condition when she arrived at the hospital with severe chest pains. Instead, the health care professionals were insulting her and looking at her with disgust. One of the doctors said that he would have to check her whole body to confirm her sexual identity before treating her, which ended up making her flee the hospital quickly. “I don’t know what happened to her, or if she was she able to receive treatment elsewhere,” says Safa.

In fact, many transgender people were afraid to even go to doctors because they were worried the doctor would end up being homophobic.

Safa took it upon herself to provide medical consultations via the Internet for transgender people in Iraq, in an attempt to reduce the violence they are exposed to in health institutions, but she believes that this is not enough: Trans people are exposed to all kinds of diseases and STDs, so they need proper medical care, given that there are cases that cannot be diagnosed via the Internet only.

Facing armed conflict, militia violence, and the weakening of government institutions since 2003, Iraq has experienced many organized, deadly campaigns targeting people based on their sexual orientation or gender identity.

On Monday, January 31, 2022, the police found the body of a 23-year-old transgender woman in the Dohuk Governorate, northern Iraq. The victim’s family had casually informed the police forces that they had killed the victim, and provided them with the location of the body in the village of Babukhi, according to a statement by the Police Director Rendar Dusky.

“The victim had moved out from her family home over five years ago, but her family kept sending her death threats. Her father had once confiscated her passport and identification document,” Doski’s friend said.

The police claim that the culprits notified them three days after committing the murder. The woman’s brother had called the police to report the incident. When the police force arrived at the crime scene, they found Doski’s body, shot twice, once in the head, and once in the chest.

A spokesman for the Dohuk police said, “We started an investigation regarding the case under Article 406 related to murder.”.

The killer is yet to be arrested.

According to a report of Human Rights Watch in 2021  “Article 394 of Iraq’s penal code makes it illegal to engage in extra-marital sex, a violation of the right to privacy that disproportionately harms lesbian, gay, bisexual, and transgender (LGBT) people, as well as women, since pregnancy can be deemed evidence of that violation.”

Iraq’s criminal code does not explicitly prohibit same-sex sexual relations, but article 401 of the penal code holds that any person who commits an “immodest act” in public can be imprisoned for up to six months, a vague provision that could be used to target minorities. 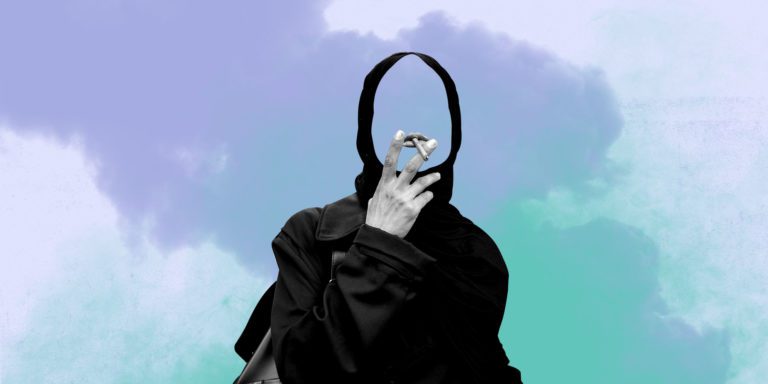