Houssam Alkatlabi
Dutch-Syrian Writer
March 6, 2022
Menu
The EU’s rapid and positive response to the Ukrainian crisis raises questions among stakeholders and human rights organizations about discriminating between Ukrainian and other refugees.

Europe has opened its borders to all those fleeing Ukraine from the ravages of the Russian invasion. The European Union’s Justice and Home Affairs Council, which was held in early March in Brussels, agreed to activate the Temporary Protection Directive (TPD) for Ukrainians, which means that every Ukrainian can reside within the EU for a maximum of three years, without the need of going through lengthy and complicated asylum application procedures, and enjoying full access to such services as education, housing, social welfare and health care.

It also means that EU countries will be mutually supportive in receiving Ukrainian refugees without discrepancies in their domestic policies. The TPD was first established in 2001 in response to the humanitarian crises in former Yugoslavia and Kosovo, and was not activated again until now.

The rapid positive response to the Ukrainian crisis raises questions among EU stakeholders and human rights organizations about discriminating between Ukrainian and other refugees.

There are refugees who escaped from crisis and war in their respective countries and had to cross forests and seas to die in the thousands. Some of them drowned off the shores of Greece and Italy, others suffered in the woods between Croatia, Hungary and Serbia, or more recently in the cold on the Belarusian-Polish border. They had no access to humanitarian organizations or the media, and so many of them died and were buried in silence.

You also hardly hear any objections from Europe’s extreme rightwing parties, not even from those who only recently went on a pilgrimage to Moscow to flirt with Putin and whose political agendas have always prioritized closing borders to refugees and rejecting European immigration policies.

Add to that that none of the EU countries were involved, at least not directly, in the current conflict in Ukraine. This is in sharp contrast to the majority of non-Ukrainian refugees, who came from countries where EU forces were directly involved in the conflict, such as Afghanistan, Iraq and Syria, or from former colonies of EU countries, such as Algeria, Chad and Mali.

Several international organizations and media have reported flagrant discrimination on the Polish-Hungarian border in dealing with people coming from Ukraine, as border police differentiated between Ukrainian nationals and students, workers and refugees from African or Middle Eastern countries who resided in Ukraine.

Social media have circulated videos of international reporters and analysts who, astonishingly, spoke about European refugees being civilized and having blue eyes, unlike refugees from other, lesser countries.

Within this broader picture, the Western and European response to the Russian invasion of Ukraine, and the crimes committed by the Russian forces, differs greatly when compared to dealing with other countries where war crimes and crimes against humanity were committed. Syria, for example.

The debate about discrimination here goes beyond the mechanism of dealing, for example, with Russian owners of European football clubs, as is the case for Chelsea, owned by Russian billionaire Roman Abramovich, who is close to Russian President Vladimir Putin. There are accelerated international sanctions against Russia and the Russian oligarchy, including club owners.

Yet, on the other hand, the English Premier League has welcomed Newcastle’s ownership of the Saudi Public Investment Fund (PIB) and Manchester City’s ownership of the Emirate of Abu Dhabi, while Saudi Arabia and the United Arab Emirates are responsible for a long and bloody war in Yemen.

Indeed, negotiations are in full swing to add Italian club Inter Milan to PIB’s portfolio, at a time when European clubs and sports federations are canceling their sponsorship contracts with Russian companies such as Gazprom as part of the sanctions targeting Russia. On a political level the distinction is clear between the situation of Ukrainian refugees and others. Not only in Poland, which has always opposed receiving refugees or allowing them to cross, yet today is mobilizing all its energy to help Ukrainian refugees in accordance with its international commitments.

Hungary is still opposed to accepting any refugees on its territory and refuses to implement Brussels’ decisions regarding the distribution of refugees within the EU. Worse, its security agencies are accused of detaining hundreds of refugees who tried to cross its territory in extremely bad conditions, subjecting them to humiliation and even torture in some cases.

Yet today, partly with an eye on the upcoming elections in April, Hungary’s right-wing President Viktor Orbán has opened the door to Ukrainian refugees, who enjoy growing public sympathy in the country.

You also hardly hear any objections from Europe’s extreme rightwing parties, not even from those who only recently went on a pilgrimage to Moscow to flirt with Putin and whose political agendas have always prioritized closing borders to refugees and rejecting European immigration policies.

In conjunction with the positive and important steps to receive Ukrainian refugees, the best that can happen now is to throw this debate widely open within the institutions of the EU and every individual European country.

However, as yet no one wants to take heed of the drums of war beating everywhere on the continent.

The debate on refugees and discrimination can be added to a long list of issues related to human rights, equality and justice that will likely only grow longer, seeing the new European trend towards raising military and security spending, of which humanitarianism is often the first victim. In this, too, a victory for Putinism seems likely. 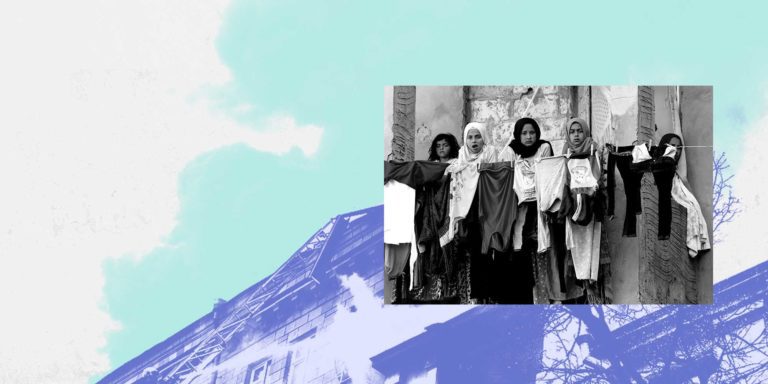