France: A Syrian in Europe Searching for Hot Water

Marwa Melhem
Syrian Writer
February 8, 2022
Menu
“The first picture I published was one of Paris by night, taken from the plane. The first response of a friend was: “They have that much electricity?”

Perhaps it was normal in the year 50 BC for the women of the kingdom to feel jealousy and envy towards Cleopatra, who bathed in milk to protect the purity of her skin. Now more than two thousand years later, the inhabitants of the “oldest inhabited capital in history” look at women, men and children of the world with the same envy and heartbreak, not because they bathe in milk or rose water, but because they have access to hot water!

Drowning in the muds of the Syrian reality and carrying its memories in my mind, I traveled to Europe, fulfilling a dream I had been chatting about since I was five or less, eager to visit the landmarks of Paris and wander its streets and flood my social media pages with photos of it. I published the first photo of Paris at night from my plane window, and the first response from a friend was, “They have that much electricity?” After that, the phrases of farewell, peace and wishes followed, all with a repeated comment about electricity, “Get me some electricity with you”,“Be careful, get electrified”,“How do they ration in France?”

Everyone knows that the supply of electricity and other forms of energy has been on the decline since the start of the conflict in Syria. But now it appears to have multiplied a dozen times. And the Syrians are talking about it much more.

This is due to two obvious reasons. First, it is winter. Second, as Mohamed Al-Mansi Qandil once said: “In the face of death all desires become sinful.” Talking about the difficulty of living, including such intricate details regarding heating water and homes, comes only second after talking about the number of bodies and shells.

Some have considered it a secondary matter one could not think of, while the specter of imminent death hovered over our heads. But today, when the cloud of bullets has cleared a little, Syrians look more closely at their lives.

“The status quo has never seemed more outrageous to me,” wrote Mario Vargas Llosa. “This is not the worst place in the world. But I am here, and what I see hurts.” I was thinking about that phrase as a way to describe Syria, while staring at Paris’ fully lit Christmas trees, the smoke coming from the rooftops, the heated metro stations where no one needs to scramble over each other for heat rations or to sit on a broken bench.

I traveled between two countries and could not stop making comparisons. Here no one travels on the bus standing like university students in Syria. No one buys a bottle of gasoline from a back alley or a small jug of diesel just big enough to run the water heater for the shower one time. No one desperately searches for blankets, as the last solution left to fight the cold.

None of my friends asked me what sights I had seen and longed to talk about. And I felt embarrassed to talk about the long line of people in front of the Louvre, similar to the people queuing up for bread, about the streets lit up since the 19th century, about the Champs-Elysees, the fashion houses, fur coats and crocodile skin bags, about the Arc de Triumphe, which sits on top of a metro station that serves nearly nine million people daily.

I entered the Père Lachaise cemetery, where American and Japanese tourists are not receiving hundreds of messages such as “Don’t come back”, “Finally escape from here”, “You should seek asylum immediately”. I let the cold of Paris seep deep into me, and I thought of my asylum application, in which I say, “I seek refuge for access to warmth.”

During the disintegration of the Soviet Union, it was said that no one was talking about buying anything. And that the lack of consumer goods had a lasting effect on the mental state of the country’s population, even during the post-breakdown phase.

In Syria even if you have money, it is very hard to secure one’s needs. Even if you get diesel at a price of 50,000 Syrian pounds (SP) per 25 liters, you ultimately bought it from a family that decided to sell it as a last resort. And even if you buy gasoline at a price of 4,000 SP per liter, where do you get the electricity from? Batteries are no longer sufficient because they have not been charged. Nor can generators provide them with fuel. And the cost of installing solar energy begins at 12 million SP per house.

In discussing this idea with a friend, he answered that these crises do not necessarily indicate that Syria is on its way to collapse. There is still hope that an economic miracle may occur, similar to the Iranian or Russian grants or the Gulf influx in the seventies that might save the situation. But if the miracle is achieved at the level of the state, institutions, the economy, whatever it is, what about the individual? About the individual Syrian’s dignity at home?

It is undeniable that the Syrian ego had always suffered from some excess arrogance, the Syrians had always been proud of themselves, but in recent years the individual’s pride faded and dwindled, like a cheap candle.Affiliations, discourses, and development are pushed back, for the sake of individual survival. The cultural and civilized mixture that kneaded the Syrian society through the journey of time and space has begun to disintegrate. The Syrians reformulated their individual ideologies to intersect at the point of salvation, not even anger, nor revenge, but what can be crammed from their fragmented conscience into a waterproof rubber bag , to swim away with.

In a dialogue session with the professors of the Euro-Mediterranean Institute in Spain, the issues of Syrians, rubber boats, arrests, death of children, destroyed homes, psychological effects of war, refugees and integration difficulties, severed limbs, humanitarian aid, organizations, child protection, support for women, tents were discussed.

The displaced and agitated Syrians in Spain, like choking wasps, were buzzing around the airports, with everyone trying to escape or smuggle their children across, even if it costs the house or family land or borrowed money with interest.

The Syrian has become cursed, and although, as one young Syrian woman mentioned, he might “feel unwanted in any of the countries.” I, too, escaped, but I lived in the European streets in a state of schizophrenia. You dream of escaping but when you do you don’t know what to do, spending your life reading Facebook posts about your friends who waited three days for a bathroom heater to heat some water.

In the Greek director Angelopoulos’ film “The Reluctant Step of the Stork”, whose title seems to be an accurate description of my condition, the young “bride” who crossed the river to her lover says, “We have crossed the border, but we are still there. How many borders should we cross until we are finally home?” 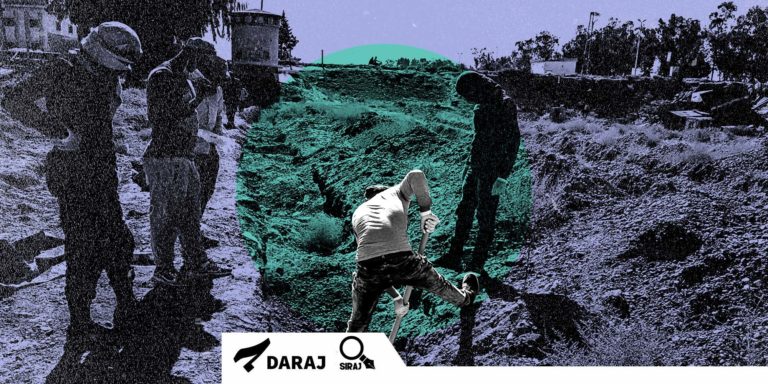