Nourhan Sharaf Eddine
Lebanese Journalist
07.02.2022
Menu
“Fortunately, the terrorists did not use an apple to carry out their suicide bombing, otherwise an entire generation of Chadians would have to grow up without knowing the taste of apples …”

Full House, a pop-up shop in the ABC mall in Achrafieh in Beirut, has claimed it was asked by the mall’s management to dismiss an employee for wearing the hijab. Full House said on Instagram it preferred to close shop instead.

The issue has brought back to the fore wearing the hijab as a “personal choice” versus a “symbol of repression” linked to Muslim women in a world where Islamophobia is rampant. The decision to exclude a female employee appeared two-faced. The pretext that the shopping complex is wary of religious displays sounds like a rather unsound argument in a country devastated by religious and sectarian strife.

More importantly, supporting women to own their bodies and making their own decisions is not helped by preventing a female employee from working because of the way she dresses.

France and the Veil

Arguably the most famous country for its veil policies is France. Citing the country’s secular foundations which, it claims, help preserve public freedoms, France last year further banned the veil.

In its footsteps, other European countries have partially banned the veil. These measures were taken with the aim of “protecting local communities” from the danger of the “counter culture” that emanates from the Muslim minority “seeking to dominate Europe,” as the anti-immigration rhetoric claims.

These policies, which are based on an approach of inferiority regarding women and their bodies, quickly traveled from Europe to other countries in the world, using new arguments that suit every society, such as the “cultivation theory” or “the theory of cultural implantation,” which requires seeing a segment of people from a stereotypical perspective, so that the image becomes a reality for the recipient, in order for the veil to indeed become “a danger.”

In many societies this only is as such because it is depicted as such. Removing it from sight equals “civility” and the attributes that come with it.

For example, the headscarf is prohibited for faculty members in Egyptian institutions, including the American University of Cairo and Cairo University. In Tajikistan, the government passed legislation requiring women to “adhere to traditional national clothing and culture,” of which the headscarf is not part.

Chad set an example for neighboring African countries, when it banned wearing the hijab and niqab in public places following a terrorist attack, in which the perpetrators wore burqas. In other words, banning the veil became a means to prevent terrorist attacks.

Fortunately, the terrorists did not use an apple to carry out their suicide bombing, otherwise an entire generation of Chadians would now have to grow up without knowing the taste of apples … 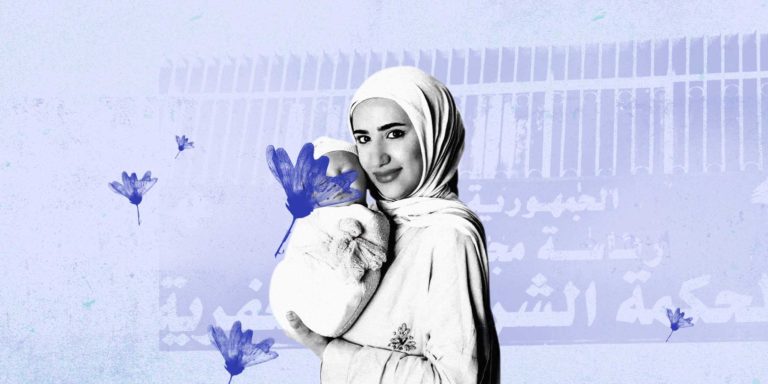