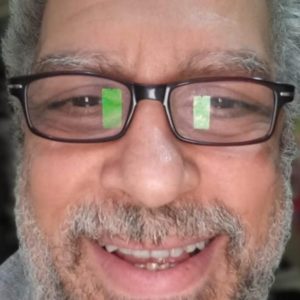 Nasser Kamel
Egyptian Writer
January 16, 2022
Menu
Egyptian President Sisi shocked the world with a speech at the World Youth Forum. “Money is the most important thing in life,” Sisi has repeatedly claimed. But does that mean he can trample the constitution and auction an entire nation and its people to the highest bidder?

“I am ready to hold elections in Egypt every year on one condition: you bear the financial cost of the process,” said President Sisi, as part of a speech at the World Youth Forum (WYF) held in Sharm el Sheikh in early January. “I am ready to do this every year in the presence of all international organizations. And if the Egyptians say ‘No’, I will leave them.”

In his speech Sisi furthermore stressed that the Egyptian people want to eat, not demonstrate.

And he called upon countries and organizations, which demand the right to demonstrate for the Egyptians, to give them food and medicine instead of freedom. Adding: “Write down $50 billion each year, and I will ask Egyptians to demonstrate.”

The video is out there for anyone to see and hardly needs further explanation. Sisi’s speech stunned journalists present at the WYF and brings into play a wide range of legal and political issues.

The first accusation is clear, as Egypt’s constitutional texts are clear. Article 140 states that: “The president of the republic is elected for a period of six years.” This clearly contradicts what Sisi said in his speech at the WYF.

Based on Article 86 of the Penal Code, Sisi can be charged with violating the constitution. It stipulates that anyone who promotes “breaking the constitutional articles” verbally, in writing, or in any other way, will be imprisoned for a period not exceeding five years.

Sisi did this live and in full sight at the WYF in Sharm el Sheikh, as the attended by numerous journalists and media professionals.

The second accusation needs more work. It is related to the cost of the presidential election campaign and will undoubtedly be part of the accusation that Sisi violated the constitution.

The third accusation requires a legal expert to explain the issue of paying the president $50 billion to “allow” Egyptians to demonstrate, and how this amount can help those who would like to go in that direction and hit the street.

Article 5 of the penal code concerns arresting people randomly, without a prior accusation. One more article needs mentioning. Article 159 of the constitution requires executive and legislative authorities to act. They should investigate the president when a possible violation of the constitution is in play.

The political issues as a consequence of Sisi’s speech are countless. To clarify, the president presented the issues of demonstrations and elections in a broader framework, which is Egypt’s relations with foreign governments. Their officials are reportedly regularly in contact with their Egyptian counterparts to advise and instruct them.

With his speech Sisi wanted to send a message: “Pay up before you speak up.”

This triggers the question: if some countries indeed pay the president $50 billion to allow Egyptians to demonstrate, what will Sisi offer if they were to pay even more? Is the president auctioning off the entire country and its citizens?

The president assured us he is serious about what he said. Now, let’s suppose they paid $50 billion. What will the president do if the Egyptians refuse to demonstrate? Seriously, what will he do?

The president’s speech is confusing, as much as it is shocking. But it is not a joke. It reveals a horrifying thought pattern that apparently occupies the president’s mind. Especially seeing his repeated claim that: “Money is the most important thing in life.”

Sisi builds a wall between socio-economic issues, which are real and ever growing in Egypt, and human rights issues. From his perspective, dealing with one means blocking the other.

That is why whoever dares claim that freedom is more important than anything else becomes an enemy in his view. Or at least an obstacle to the president’s project to build a complete new state. Sisi seems so concerned about money that he does not care about how to get it or what to offer in return. If the presidential elections are considered the core of sovereignty in a country, what Sisi seems to offers confirms all existing doubts about his policies varying from Tyran and Sanafir to the Gas agreement and Al Nahda Dam.

What did he offer in return for the grants and aid paid by countries such as Saudi Arabia, the United Arab Emirates and others? Observers will no doubt realize that the president is behaving as if he is the state, complete with all its institutions. Nothing is beyond his will.

Meanwhile, the image he presents to the world is a grave insult to every Egyptian, because the president is selling the country’s sovereignty. Just pay the price for Egyptians’ freedom. The proper description of this really can only be one word: slavery. Without exaggeration, the five minutes in which Sisi talked about the presidential elections and the right to demonstrate, confirmed that Egypt’s constitutional and legal structure has no value to him. And certainly, Egyptians have no value to him.

He sees them as people unable to grasp the nature of modern life with all its requirements and complexities. They have not yet attained, or even deserved, to be like other people, enjoying basic rights, without trading one off against the other. 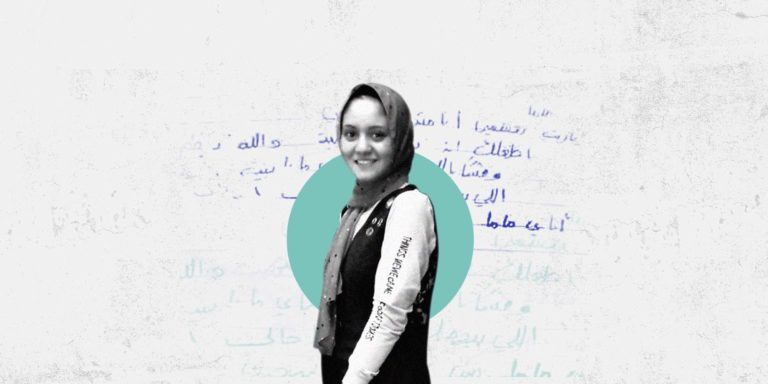