Iraq: Who Showed the Country’s Athletes the (Ultimate) Red Card?

Ahmad Al-Husseini
Iraqi Writer
December 17, 2021
Menu
Iraq’s “era of bullets” started in 2003. A pattern of murder and assassination has set the rule ever since. As impunity continues to reign, Daraj maps the culture of death that has targeted politicians, artists, journalists, activists, and even athletes.

Following the 2003 US invasion and subsequent fall of Saddam Hussein, murder and assassination have become the order of the day in Iraq in all fields, sports not excluded. Much blood was shed on the grass and floors of Iraqi stadiums.

Arguably the most famous story in this context, was the kidnapping and assassination of 28 officials present at the meeting of the General Assembly of National Olympic Committee (NOC) on July 15, 2006.

An armed group wearing police and national guard uniforms stormed the NOC headquarters killing a number of security personnel at the gate and handcuffing others.

The some 60 intruders called out the names of the some 35 people present. After confirming their identities, they ordered them to lie down on the ground. They handcuffed them and drove them, using 15 cars belonging to the security services, to an unknown location.

The following day, seven of them, including Dr. Francis, were released and allowed to return home. The security services never questioned them about the kidnapping and the party that could possibly be behind the crime. The kidnapped were never seen or heard of again. Only one body has been found since.

One year earlier, on May 18, 2005, the Olympic Committee announced the killing of Salah Niazi, a director at the office of the Deputy Minister of Youth and Sports and a former member of the Iraqi Swimming Federation. An armed group opened fire in the Adhamiyah area north of Baghdad, killing him instantly.

And then there is the infamous story of the Iraqi Taekwondo team. On May 17, 2006, their bus was stopped between Fallujah and Ramadi, while on its way to a training camp in Jordan. Almost a year later, the remains of the team’s 13 athletes were found. Their tracksuits remain buried along the highway.

The media too saw their fair share of “athletic assassinations.” On January 12, 2005, unidentified gunmen killed the two sons of Diaa Hassan, dean of the Iraqi sports press. They left their bodies along the Al-Jaish Canal, east of the capital Baghdad. The perpetrators and their motives remain unknown.

The police started an investigation. But, as always, it only led to pointing fingers into the unknown, as has been the case for most murders targeting Iraqi scientists, artists, politicians or, in this case, athletes and officials. 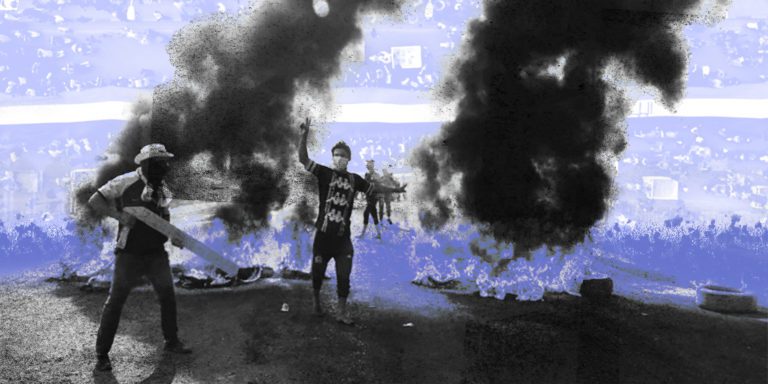