Myriam Sweidan
Lebanese Journalist
December 10, 2021
Menu
According to the International Rescue Committee, 30,000 women became unemployed following the Beirut port explosion. According to UN Women, 51 percent of those affected concern women-headed households. Here is the story of three of them.

“It is a huge burden bearing the responsibility for five young children and not working,” said 29-year-old Walaa, the widow of Abbas Mazloum, the latest victim of the Beirut port explosion, who passed away in October.

“He was the one who worked, the breadwinner and everything. I never worked a day.”

Abbas worked at a restaurant near the port when the blast occurred on August 4, 2020. It threw him against a wall. He suffered from severe injuries to his head and spine. The 45-year-old father of five had been paralyzed and bed-ridden ever since the explosion.

“God has abandoned the children,” was a phrase Abbas repeated a lot during the last few days of his life. He seemingly knew that his death would be the start of another tragedy for his children and their mother living in a patriarchal society that preys on single women, especially in such a remote town as Brital, east of Baalbek.

Walaa talked about Abbas’ suffering. Following the explosion he spent some 15 months in bed only able to move his eyes and see Walaa’s fear.

“Abbas was everything to me,” said Wafaa, who quit school after she met Abbas. She was in her last year at the Institute of Technology.

“The official exam coincided with the day of my wedding,” she said. “And Abbas told me: ‘I don’t want you to complete school nor do I want you to work.’ So, I left school and got married that day.” She was 19. Abbas was 15 years older.

Looking at her children, Walaa said she had “never regretted it.” However, she does hope to find a job soon to support her children, especially as the Lebanese authorities have not provided her family with any help since Abbas got injured. They did not even help with any of the surgeries and treatments he received.

The family relied on donations of expatriates and the support of the owner of the restaurant where Abbas worked as a chef. These days Walaa and her children are staying with her parents, as she is unable to pay the bills, especially heating. But Walaa’s suffering is not only social and financial, but also psychological.

“The psychological pressure is huge,” she said. “Abbas’s is no longer here, and I just had gotten used to him, and the children keep asking about him. They ask me, “Where did dad go?” I tell them he’s in the sky and he sees you. They tell me to take them to him, so I take them to his grave.”

She tells me how her eldest daughter hugs her father’s grave, while she says that all she wants is to feel his presence, while browsing the pictures of her father in the middle of his five children on her phone, from before the explosion until his last days.

Walaa is not the only woman facing tragedy. Many women’s suffering has deepened since the Beirut port explosion. According to the International Rescue Committee, 30,000 women became unemployed after the explosion. According to UN Women, 51 percent of those affected concern women-headed households. In other words, many of the families headed by women lost their provider.

“Women were forced to play additional roles such as engaging the labor market, after they lost their partner or family breadwinner,” Celine al-Kik, a senior social worker at Kafa (enough) Violence & Exploitation, a Lebanese non-governmental organization seeking to create a society that is free of social, economic, and legal patriarchal structures that discriminate against women.

According to Kafa, violence against women increased following the explosion. Its support center received over 100 calls reporting domestic violence immediately after the explosion.The Lebanese crisis has further aggravated gender inequality. Lebanon is ranked 145th out of 153 countries, according to the latest report by the World Economic Forum on the gender gap about the rate of economic and political participation by women.

Zahwa Dada survived the Beirut port explosion, but it impacted her life profoundly as she lost her husband and was forced to raise her children alone. She died a few days after the blast as a result of a “stroke,” according to the death certificate. Her family is still seeking to include her name among the victims of the explosion.

On that fatal day on August 4, Zahwa was at home feeding her son Jan, who has special needs. The explosion smashed her against a wall. She lost consciousness for a while. She awoke with an intense pain in her head, which continued for days.

Her doctor assumed she had been subjected to a strong blow to the head, which caused a stroke damaging half her brain. Zahwa passed away after a long period of suffering. Her deaf son is not yet aware that she died and still asks about her in sign language.

“We want to go back to our country, we want to see our daughters,” said Ethiopian national Salam, a close friend of Tighest, the 28-year-old domestic worker who died in the Beirut port explosion. “We left our home and children behind to work here. We never thought we would die here.”

Tighest married at the age of 15. She left Ethiopia to work in Lebanon to be able to send her then three-year-old daughter to school. She did not expect her life would end without completing the sum she needed for her daughter’s education.

“I repeatedly tried to persuade her to return home,” her daughter Kadist wrote in her diary, which she showed Daraj. “I told her I had become a young woman and that we could work and live together, but she insisted on staying a few years more, so I could complete my studies at one of the best universities in Ethiopia.”

Despite the distance, Tighest and her daughter remained close. Kadist last contacted her mother two hours before the explosion to tell her about her lesson and send her some pictures. But after the explosion she immediately lost all contact. Later she learnt her mother had died of her injuries.

The explosion killed and injured numerous foreign workers who left their countries to be confronted with the kafala system, racism, and often lived in harsh conditions.

Salam said she recognized her friend Tighist from her braids when she went to see her in the hospital, as her facial features had completely changed due to the many bruises.

“Every sound I hear feels like a new explosion,” she said. “My parents are afraid for me every single day.”

Many foreign workers have left Lebanon due to the country’s economic collapse. Those who remain live with a constant fear of another explosion, which unfortunately cannot be excluded in a country where the authorities are trying to obscure the Beirut port explosion by all means.

This investigation was carried out in partnership with the Social and Economic Justice Initiative- Maan (Together). 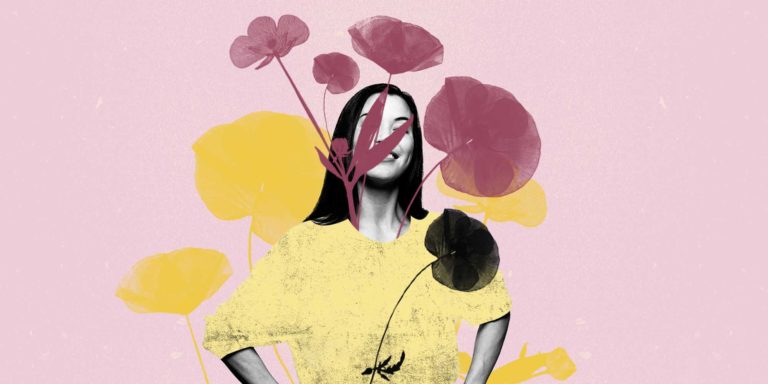