Lebanon: The Struggle with the Deep State Starts with its Personal Status Laws

Hazem El Amin
Lebanese Writer and Journalist
November 24, 2021
Menu
The overthrow of Lebanon’s political elite must be accompanied by adopting a civil personal status law. If not, the solution only deals with the symptoms and not the root cause, which will expose us to the danger that the same rotten system may one day be reborn.

Step 1: The source of corruption is the sectarian spine (doctrine) of the deep state

In the context of our confrontation with the Lebanese sectarian system, characterized by quotas and corruption, the need for a mandatory civil personal status law is one of the struggle’s main spearheads.

It is in fact right at the forefront, as the source of corruption has always been nourished by the system’s sectarian roots, by the many independent sects, each with its own personal status law, which enabled them to extend their influence to all aspects of our public and private lives.

Yes, from here we start. From a mandatory civil personal status law. For this to take center stage in our confrontation with the corrupt authorities, it requires a fundamental change in ambition, one no less important than the demand to overthrow the political class that caused the catastrophe and tragedy we live in.

The political class is the daughter of the regime and the fruit of decades of corruption and dependence. It is for this reason that some of its forces and parties are engaged in such a fierce battle to prevent the passing of a personal status law.

What’s more, the overthrow of the political class, if not accompanied by adopting such a law, will only deal with the symptoms and leave the root cause, which will expose us to the danger that the same model will one day be reborn.

If there is one authority entrenched in Lebanon, it is the authority of the sects, which derives its strength from the ability to determine our public and private choices through their personal status laws. It is thanks to such laws that each sect has the ability to guide its flock into the fold.

This is something that must be done as part of the tasks we have posed ourselves since the 2019 October protests. We must take it back from the sects that hold us by the neck, dictate our choices and treat us as their subjects.

The sectarian authorities know that fanaticism is the secret of their influence and the source of their power. They cannot continue without a regulator that guarantees them a future. That regulator is the ability to control our personal choices and conditions, from where they proceed to control our more general choices.

We vote and elect as an extension of our sectarian records. We quarrel and fight based on the identity these records formulated for us before we were even born, on the basis of which our children go to school, and our daughters choose their husbands. This system, which no longer resembles us, as it does not resemble us, caused the disaster we currently live in.

The Beirut Port explosion is (partly) a consequence of the rift created by the sectarian personal status laws, as is the financial engineering that saw the spoils being distributed among the representatives of the sectarian system at the expense of the citizens who had deposited their savings in the banks.

The scandal of the university degrees handed to non-deserving Iraqis smelled of sect, as the diplomas were given to please certain leaders.

Lebanon’s failure to hand Father Mansour Labaki over to the French authorities, following his sentencing to 15 years in prison over rape allegations, is due to the authority of the Maronite Church. Dealing with the vast state of devastation starts here: by demanding our right to be citizens of a country, not subjects of a sect.

The clash with the regime should not be limited to the confrontation with the political class, as the latter is but the fruit of the deeply rooted power of the sects. And the main weapon of the sects are the personal status laws.

Step 4: Personal Status Laws are the Core of Sectarianism

The current personal status laws, which regulate our lives, are the essence of the sectarian system. As for political sectarianism and the quota system, they are among its external symptoms.

The sects builds their social base by accumulating and regulating their subjects in accordance with their laws, records and data. The election laws and the subsequent quotas for public administration jobs come next. This explains the sects’ negative response to the demand for a civil personal status law, as the latter greatly diminishes their power, which extends from the marriage of two minors in a Sharia court to influencing the legal procedure regarding the Beirut Port explosion.

Step 5: The Right of Women to Choose

If the October protests are to strike a blow to the kinship system, we must return to the first task: weakening the representatives of the fanatics, paralyzing their ability to influence individuals, and restoring women’s rights to choose, marry, divorce, have custody and inherit, which are currently all prohibited by the religious personal status laws.

The October protests revealed the important role played by young women, a role that is not at all matched by their presence in public life. And the prime responsible for this imbalance is them being subjected to a massive system of discrimination laid down in the sectarian personal status laws, as they limit their rights to choose and determine their fate.

However, the civil personal status law is not merely a feminist issue. It is also in the interest of men, as it will help guarantee the future of their children by protecting their rights and, most importantly, by leading the nation onto a path that is not governed by sects and corruption. 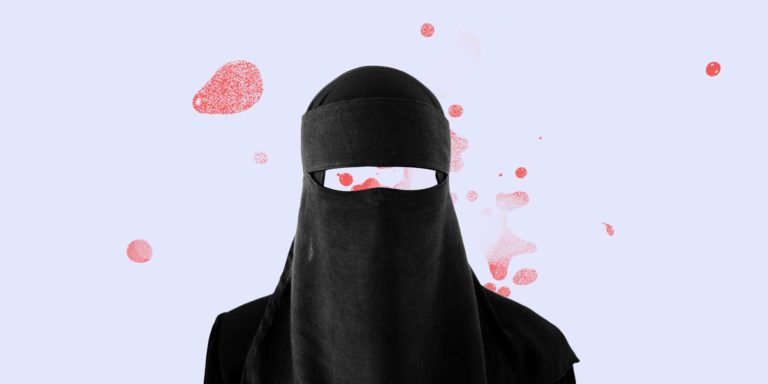