When Lebanon’s financial sector imploded, it was inevitable that the country’s elites would try to shunt those losses onto everyday Lebanese. Over several years, Lebanese bankers had gambled away their customers’ savings, leaving banks unable to meet their debts by October 2019 – if not earlier.

What followed was an exercise in brazen illegality. The country’s commercial banks, with the blessing of Banque du Liban (BdL), ramped up an unlawful capital controls regime. Most depositors could no longer transfer money abroad or switch their savings from Lebanese Lira into US dollars.

Meanwhile, the same capital controls did not apply to Lebanon’s bankers themselves, politically exposed persons (PEPs), and other connected elites, who were able to salvage their assets from the crumbling financial system.

As explained in Triangle’s recent policy paper, Lebanon’s depositors almost certainly have compelling legal claims. Through the capital controls regime, Lebanese banks have flouted their customers’ contractual rights, along with a raft of other domestic and international laws.

For too long, Lebanon’s banking and political class has relied on prevailing through sheer obstinance and impunity.

Lebanese banks have shirked responsibility for these breaches, preferring to rely on intimidation. Several banks have purported to unilaterally close the accounts of troublesome depositors, presenting a bank cheque for their outstanding balance – which, in real terms, is worth about 20% of the deposits’ true value.

Unfortunately, depositors have found local justice to be in short supply. Lebanon’s spineless judiciary has generally sided with the banks. And the Mikati government – despite paying lip service to facilitating a fair allocation of banking losses – has compromising ties to banking elites, starting with the Prime Minister’s own brother.

Short of domestic options, the legal fight against Lebanese banks has gone global. Depositors with foreign citizenship have brought civil claims in jurisdictions where banks own significant asset portfolios, such as France, Switzerland, the United Kingdom, and the United States. If the claims succeed, foreign courts can order for depositors to have access to their savings, under threat of seizing the bank’s overseas assets.

So far, depositors have made tentative progress with civil proceedings. The UK High Court has confirmed that British courts can hear at least two claims from Lebanese depositors – a key step in the legal process. The situation remains less clear in France and the United States, where judges have refused to adjudicate on specific cases.

It is evident, however, that civil litigation alone cannot save most of Lebanon’s aggrieved depositors. Claimants typically need foreign citizenship, not to mention considerable financial resources. In New York, two depositors reportedly spent almost $1 million in legal fees – only to have their case dismissed before trial.

This does not mean that foreign legal systems cannot help everyday Lebanese depositors. For a start, depositors should lobby foreign prosecutors to launch investigations into the potential criminal liability of Lebanese banking elites.

For instance, the US Department of Justice could probe potential violations of US fraud and corruption laws, as well as new legislation prohibiting the concealment of PEP-owned wealth. As a prerequisite, depositors would need to secure incriminating evidence of wrongdoing – probably from a whistle-blower inside Lebanon’s financial sector.

Crucially, criminal proceedings against Lebanese banks would not directly recover depositors’ savings. They would, however, impose enormous pressure on banking elites to negotiate fairly with depositors. Involving offshore banks under KYC regulations would turn up the heat even further. If found guilty, foreign institutions would likely cut off correspondent banking rights for their Lebanese counterparts, deeming Lebanon as too great a commercial risk.

In parallel, depositors must continue campaigning for foreign countries to impose economic sanctions on Lebanon’s bankers and politicians. In July, the EU Council announced a sanctions framework aimed at Lebanese individuals who had committed “serious financial misconduct,” amongst other offences.

The US Treasury could corner banking elites with its own broad-based regime, rather than Washington’s current approach of sanctioning specific individuals.

Media campaigns can target Lebanese bankers’ public and private enablers alike. The awareness drives should focus on the gaping discrepancy between these foreign institutions’ purported virtues and their actual commercial dealings, which have propped up a financial system that is bankrupt – financially, legally, and morally.

The Lebanese people need no reminder that their leaders remain astoundingly intractable. Accordingly, depositors must generate unbearable levels of pressure on Lebanese banking elites to claw back at least some of their savings. A coordinated legal and media campaign beckons, which hunts bankers and their allies through civil litigation, criminal investigations, and determined media campaigns – all at once.

For too long, Lebanon’s banking and political class has relied on prevailing through sheer obstinance and impunity. Foreign legal pressure offers depositors some hope of finally breaking through this wall of childish stubbornness, accessing their money, and bringing forward a long overdue day of reckoning. 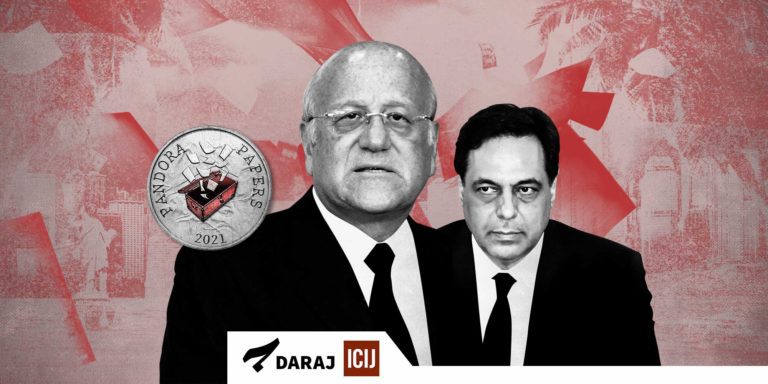