In the Middle East, There’s No Time for “Climate Change”

Vicken Cheterian
Armenian Journalist and Writer
04.11.2021
Menu
If in the Middle East we did not have so many other problems, maybe we would have discussed climate change and its impact on our lives. But no, not now, we are too busy with our never-ending self-destruction.

Some 20 thousand delegates and “world leaders”, some of them in their private jets, have travelled to Glasgow to discuss how to save our climate. They are meeting between October 31 and November 12 for the 26th edition of the UN’s Climate Change Conference. The aim of the Glasgow summit is to ensure that temperature rise would remain within the limit of 1.5 °C during this century, by cutting greenhouse emissions.

While many world leaders are attending the summit, including the US President Joe Biden, Indian Prime Minister Narendra Modi, and Greek Prime Minister Kyriakos Mitsotakis, there are other leaders who preferred not to attend, including the leader of China Xi Jinping, and the Russian President Vladimir Putin. Turkish leader Recep Tayyip Erdogan cancelled his trip to Glasgow at the last moment.

But we in the Middle East, we have no time to discuss climate change. We are busy with more immediate problems. We are in the middle of religious wars, many of our cities are now ruins, our economies are collapsing if not already bankrupt. Refugees coming from elsewhere are threatening what remains of our former lifestyle. There are so many problems, how can we afford the luxury to discuss “climate change”?

Climate change is not our problem. It is the problem of rich countries.

If in the Middle East we did not have so many other problems, maybe we would have discussed climate change and its impact on our lives. But no, not now, we are too busy with our never-ending self-destruction.

We might have noticed that climate change and especially the rapid warming of the earth’s surface concerns the Middle East much more than the rich countries. The Arabian Peninsula, North Africa, Mesopotamia and Central Asia are some of the most arid regions on the planet. To start with, the wider Middle East has less water, and is warmer than other regions to its north and south. But there is worse news: while scientific projections estimate that the average warming could be as much as 2 °C globally by 2050, they estimate that the region of the Middle East risks double that, and could warm as much as 4°C degrees.

Even without climate change, water resources are under stress in the region. The most visible evidence of this is the disappearing lakes and internal seas. The Aral Sea disaster is well known; Soviet planners sacrificed Aral by diverting the waters of Amu Darya and Syr Darya to produce cotton in the arid plains of Central Asia. In Iran, the level of Lake Urmia has been dropping since 1995, due to irrigation. Its surface area shrank from 5’000 square kilometers in 1997 to one-tenth by 2013 to only 500 square kilometers, and is continuing to shrink.

The Caspian Sea level is also falling, although slower with 7 cms per year, but by the end of the century it could drop as much as 10 meters, with dire ecological and economic consequences. The Dead Sea is another example of the on-going disaster, with its level dropped by 40 meters in the last four decades. In the Middle East, we are consuming more water than it is available and renewable.

Water shortage is causing major problems between states. Take Iraq for example, a country that is dependent on Euphrates and Tigris waters, flowing down from the mountains in Turkey have diminished by 40%, compared to their flow in the 1970’s. This is largely due to the “Southeastern Anatolia Project” – a gigantic project of 22 dams – that was constructed by Turkey starting from the early 1990’s. This system is now keeping water in Turkey’s southern region, and increasing water scarcity downstream in Syria and notably Iraq. Baghdad is similarly in conflict with Iran, even threatening recently to take Tehran to the International Court of Justice, for shutting down

Climate change is not our problem. It is the problem of rich countries.

In the meanwhile, demand for food is on the rise. While Iraq’s population was just 10 million in 1970, in 2021 it is estimated to be 41 million. Iraq is not the only country in the Middle East going through a demographic explosion. Yemen, one of the poorest countries, had a population of 23 million ten years ago; now its population is above 30 million. Egypt had a population of 82 million when the 2011 Arab Spring erupted; in 2020 Egypt’s population had surpassed 102 million. One of the slogans of Gamal Abdul Nasser was to make Egypt self-sufficient in agricultural production. Already by 2011 Egypt was importing half of the food needs of its population, making the country vulnerable to international market fluctuations.

While water is becoming a rare resource inland, sea level rise is putting coastal regions in danger. Climate change is projected to cause sea level rise between 3 and 5 meters by the end of the century, putting parts of Istanbul in danger, while Alexandria in Egypt, a city of 5 million, risks “sinking”.

Now, if all those risks associated with climate change and resource depletion that did not attract the attention of Middle Eastern leaders, there is one issue that makes many fear: the transition to a carbon free economy. Many countries, dictators, their neighbours and allies depend on petrodollars generated from hydrocarbon exports. Saudi Arabia alone pumps out of the earth 9.5 million barrels of oil per day, every single day. Global oil production is currently 96 million barrels per day, a third of which is produced in the Middle East.

How will the Middle East face the coming transformation away from hydrocarbon dependence, while managing the side effects of carbon-based industrialization? For the moment, those questions are not taken seriously in the Middle East; the region has too many immediate problems to deal with. 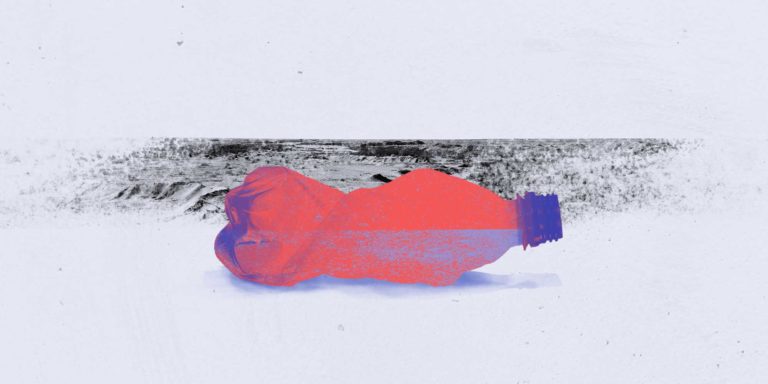