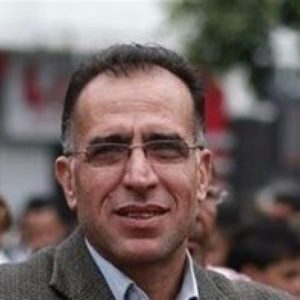 Mustafa Ibrahim –
Palestinian Human Rights Activist
October 7, 2021
Menu
Accompanied by her family, Rana arrived in the Gaza Strip in 1997. Born in Kuwait she entered  with a visitor's permit submitted by her grandmother, which was approved by the Israeli authorities. Approval is required for anyone who wishes to enter Gaza.

Rana’s father had left the Gaza Strip to work in Kuwait prior to 1967. He held a travel document issued by the Arab Republic of Egypt for Palestinian refugees in the Gaza Strip. When Iraq invaded and occupied Kuwait in 1990, Rana’s family was on a summer visit in Syria.

The family stayed in Syria until 1997 when the father had an accident, which forced him to return to the Gaza Strip. Rana, a journalist, returned with her two brothers and her parents, while her four sisters remained outside Palestine.

Her oldest sister is today a doctor in Yemen. A second sister is a petrochemical engineer in Canada, a third works as a journalist in Georgia, and the fourth stayed in Syria to complete her studies. She returned to the Gaza Strip in 2011. She does not have a Palestinian identity document (ID).

“We went back to the Gaza Strip in 1997,” said Rana. “And, like most people, we took the blue identity cards, until ten years later, in 2007, we got the Palestinian identity cards and a national identification number. This is after my father applied for family unification, which was approved by the Israeli authorities.”

After Hamas took control of Gaza in 2007, the Israeli authorities stopped receiving applications for family unification. The last approved batch was in 2008.

“One year before I officially obtained the Palestinian nationality, in 2006, I graduated from university, and had an opportunity to work temporarily for 4 months,” Rana continued. “This led to the procedures to obtain a temporary work permit. I am 22 years old now and still linked to my mother through an Egyptian travel document, while the temporary blue identity card issued by the Ministry of Interior in Gaza was not recognized by the banks.”

“This forced me to use my mother’s passport (a copy) for all official and financial transactions with the Bank of Palestine to receive my monthly stipend,” she continued. “It was very embarrassing, and bitter, that I did not obtain an official ID (before 2007) except with the approval of the Israeli authorities on my Palestinian-ness, since we got our IDs after they approved our statements.”

Rana’s story is one of tens of thousands, which tell of Gaza’s intractable and perpetual crises as a result of punitive Israeli measures. It is a reflection of the disastrous consequences of the Oslo Accords, signed between the Palestine Liberation Organization (PLO) and Israel, which do not recognize the rights of Palestinians who do not have an identity card and   are thus considered “illegal residents.” In case they are forced to travel, they cannot return to live with their family.

One of these “crises” concerns Gaza’s blue identity card holders, who are prevented from obtaining the official Palestinian ID recognized by the Israeli authorities. It should be noted that the latter must approve any kind of registration concerning the Palestinian population in the West Bank and Gaza.

The Palestinian Authority is not entitled to make any changes to the population registry in terms of births or deaths. It cannot replace personal identity cards without Israeli permission. And therefore blue card holders cannot obtain a Palestinian passport.

At one point, the Palestinian Authority worked on giving people with humanitarian needs, such as patients who were denied medical treatment in the Gaza Strip, and who are denied permits for treatment in hospitals in Jerusalem and the West Bank, “yellowish” passports without a national number.

However, the Egyptian authorities suspended these passports in 2018. Some sources claim it was in fact the Palestinian Authority that instructed the Egyptian authorities to stop working with yellow passports to put pressure on Hamas, which led to tens of thousands of people losing their right on movement and travel and, indirectly, their rights to education, work, health care, marriage and forming of a family.

According to data of the Gaza Ministry of Interior, it has issued some 22,365 blue identification cards since 2007. However, according to data issued in 2019 the number exceeds 30,000.

Blue cards were issued to 15,829 males and 17,285 females over 16 years old, in addition to 1,888 males and 1,775 females under 16 years old. This to facilitate their need to identify themselves in daily transactions, including health and education services, within Gaza Strip.

This concerns people who entered the Gaza Strip through the Rafah crossing with a temporary or “tourist” permit, an Arab or other foreign passport, as well as Palestinians who married people with another nationality without obtaining a “union” decision.  And the matter was not limited to the fathers only, but also included the children, some of whom married and formed families of their own.

Since the establishment of the Palestinian Authority in 1994 based on the Oslo Accords, the number of these people reached some 50,000, although with time and Israel’s approval of family unification requests, the number decreased.

Yet, after Hamas took control of Gaza in 2007, the Israeli authorities stopped receiving requests for family unification. The last one approved dates back to 2008.

Following a meeting between Israeli Defence Minister Benny Gantz and Palestinian President Mahmoud Abbas in Ramallah in August, the Israeli government agreed to grant 5,000 family unifications to families in the West Bank and Gaza Strip.

Yet, Israel’s approval of these family unification requests does not mean anything for the Palestinians residing in the West Bank and the Gaza Strip “illegally”, according to the Oslo Accords, let alone for the millions of Palestinians who are denied the right to return to Palestine or even the so-called “self-rule areas” governed by the Palestinian Authority. 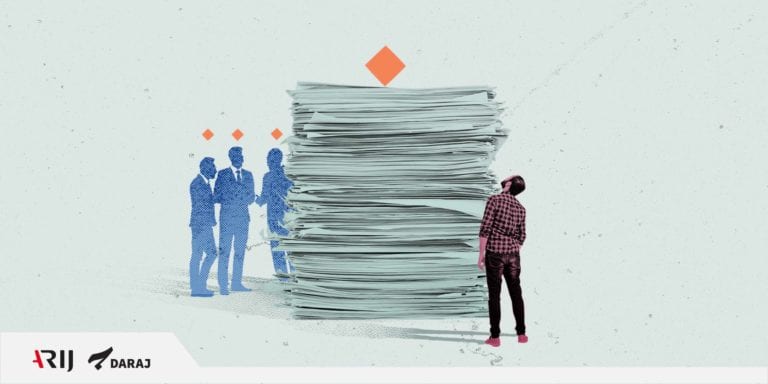