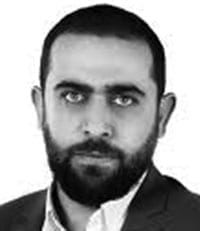 Rami El-Amin
Lebanese Journalist
October 5, 2021
Menu
Why did al-Khanjar partner with the Salfiti family to register their companies in the British Virgin Islands, instead of the countries in which they do business?

As part of the Pandora Papers project, this investigation in cooperation with the International Consortium of Investigative Journalists (ICIJ) reveals how the controversial Iraqi politician and businessman Khamis al-Khanjar established several companies in the British Virgin Islands. Khanjar, who had a close relationship with Saddam Hussein’s family, is running in the Iraqi parliamentary elections on October 10 under the slogan “determination.” He supports introducing financial rules and regulations.

However, although establishing offshore companies is in itself a legal act, it is often a means of tax evasion or “suspicious” business, as the British Virgin Islands maintains a very high standard of confidentiality. In the Pandora documents leaked by the Trident Trust, Iraq ranked third with 85 companies, behind Lebanon (346) and Britain (151), while Jordan followed in fourth with 77 companies. It seems Iraq has started to take its place among the countries most advanced in this field, as it sinks deeper and deeper into corruption and waste.

Who is Khamis al-Khanjar?

In the 1990s, the warning on tobacco products that “smoking leads to serious and fatal diseases” was not yet common. Smoking was constantly used as advertising material, yet behind the scenes smuggling and black markets “lead to serious corruption and money laundering.”It was then that the name Khamis al-Khanjar emerged, when Saddam Hussein’s regime was still “dangerous and deadly. According to the people who know him, he was the main distributor of a brand of cigarettes called Miami, which was manufactured by the Dubai-based company Union Cigarettes.

Several media reports claimed he accumulated his wealth by smuggling tobacco in cooperation with Saddam’s son Uday and that he left Iraq in 1996. He expanded his business after the fall of the Baath regime in 2003 to include manufacturing, banking, financial services, and real estate in Europe, the Middle East and North Africa.

In December 2019, the US imposed sanctions on him. The US Treasury in a statement described him as “an Iraqi businessman and millionaire who enjoys great power at the regional and international levels.”

Quoting a former high-ranking official in the Iraqi government, the statement claimed: “Al-Khanjar’s influence has been mostly due to his willingness and ability to use his wealth to bribe others.” And: “he has reportedly planned to spend millions of dollars in payments to Iraqi political figures in order to secure their support.”

In 2015, an Iraqi court issued an arrest warrant for al-Khanjar, who hails from the city of Fallujah, in accordance with the anti-terrorism law. At the time, he had “sympathies” for ISIS, before changing his mind and financing 3,000 Sunni fighters trained in Turkey to fight ISIS. At that time, he also called for the establishment of a Sunni autonomous region in Iraq, similar to Kurdistan.

Today, he is described as Qatar’s number one man in Iraq, and is on good terms with Iran. Al-Khanjar is running in the Iraqi elections on October 10 as part of the Azm Coalition, opposing the Taqaddam party led by the current parliament speaker Muhammad al-Halbousi.

All this is happening while questions are being raised in the Iraqi street about the power allowing him to contest the elections openly, even though is accused of corruption and supporting terrorism by the US Treasury and Iraqi judiciary respectively.

The US Treasury statement accused him of “having materially assisted, sponsored, or provided financial, material, or technological support for, or goods or services to or in support of, corruption, including the misappropriation of state assets, the expropriation of private assets for personal gain, corruption related to government contracts or the extraction of natural resources, or bribery.” 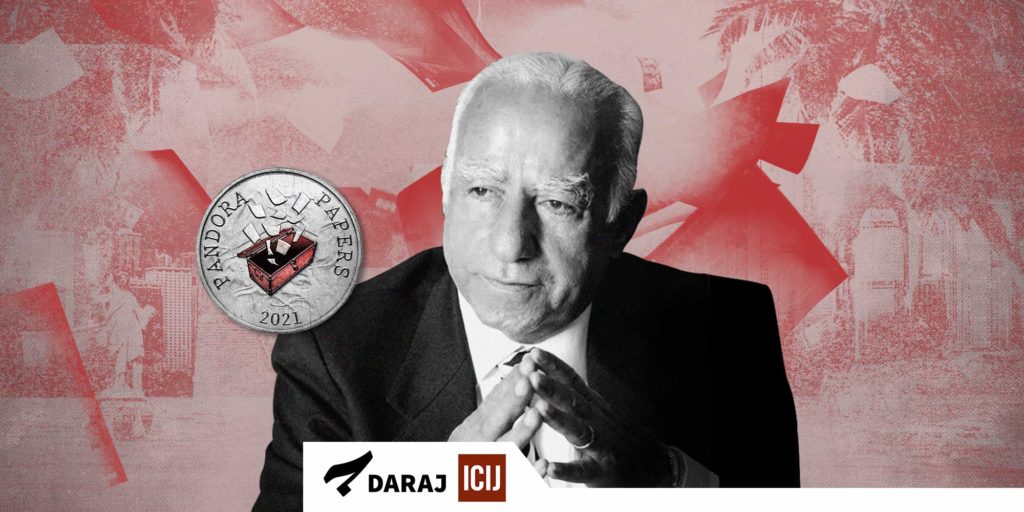 If there were not these accusations, and many others that hover over the head of the “dagger” [Khanjar means dagger in Arabic], his name appearing in the Pandora Papers would perhaps not have raised suspicions, especially seeing the fact that going offshore in itself is not illegal, even though it is mostly used for tax evasion, money laundering and hiding activities from the public eye.

Al-Khanjar’s name appeared in the leaked documents more than once. Examining the companies he owns, has a stake in, or has a partnership with, they seem to be mostly related to his work in the cigarette trade.So, the documents show the existence of the Dubai-based company Union Cigarettes Ltd., registered offshore in the British Virgin Islands, which until 2010 was managed by Khamis Al-Khanjar, his son Sarmad, and three other partners, Faisal Al-Salfiti and Khaled Youssef, and Ahmed Shakhatri.

Union Cigarettes Ltd was founded in December 2004 with several other directors, including the late Jordanian businessman, and Faisal’s father, Rajai Al-Salfiti, which reinforces the popular belief that Khanjar has made his fortune from cigarette smuggling.More than once, the company witnessed a transfer of shares to other companies established in the British Virgin Islands. In correspondence dating back to January 2010, documents signed by Rajai Salfiti and Khamis Al-Khanjar show a transfer of shares in Union Cigarettes Ltd. from people to companies registered in tax havens, including the Family Union Investment Ltd.

In correspondence dating back to June 2017, it was furthermore found that Union Cigarettes Ltd. shares were transferred from the Family Union company to yet another company in the Cayman Islands called RS Overseas, which turns to be primarily owned by Rajai’s sons Tariq, Faisal and Zeid.

Finally, the leaked documents show that the company ended up being wholly owned by RS Overseas. We were unable to find out the fate of the partnership between Khanjar and the Salfiti family after 2017.

We wrote Issam Salfiti, brother of the late Rajai, and Tariq Salfiti, one of the main partners in RS Overseas, to inquire about the reason for opening companies in the “tax-heavenly islands,” while Jordan is very strict in pursuing tax evaders, and about the nature of their relationship with Khamis Al-Khanjar. We also asked whether the partnership still exists, especially seeing media reports about Al-Khanjar buying shares in the family’s Etihad Bank, which is run by Issam Al-Salifi. But we did not receive a response by October 11.

As for Mr. Khanjar, we sent him a message on his private number, after one of the candidates on his electoral list told us that he does not use email. But he did not answer our calls.

While doing this investigation, the head of the Azm Coalition, Khamis al-Khanjar, posted on his Facebook page a picture of him at the government palace in Beirut with Lebanese Prime Minister Najib Mikati, who in turn heads the Azm Movement. Ironically, as the Pandora Papers reveal, both are associated with registering companies in tax havens. 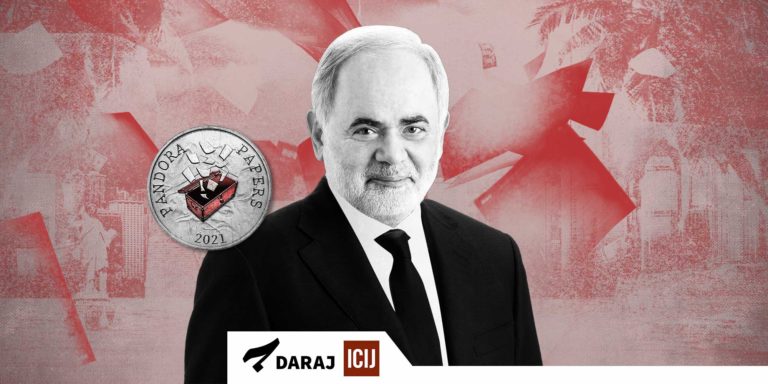