The Unbearable Silence of Turkish Intellectuals

Vicken Cheterian
Armenian Journalist and Writer
September 20, 2021
Menu
Turkey waging yet another war against Armenians, a century after annihilating Ottoman Armenians is not something politically neutral that leaves any intellectual silent.

When the second Karabakh war errupted on September 27 last year, with massive Azerbaijani attack on Karabakh Armenians, intellectuals in Turkey were silent. By Turkish intellectuals I mean those people who professionally produce ideas independent from the state (otherwise, the state-connected producers of ideas would be called “propagandists”). Now, a year later, they are still silent. This indifference poses a number of questions in political assessment and moral stand.

The silence of Turkish intellectuals presumes at best that the conflict in Karabakh does not concern Turkey. At best, the war is between two “wild tribes” of a far-away Caucasus where two ethnic groups are quarrelling over a piece of territory. This might be so; it is true that since 1988 ethnic Armenians and ethnic Azeris clashed in and around Karabakh for territorial control. It is also true that this problem is largely the result of Stalin-era rigid political institutions, and top-down nation building processes, that exploded in the final years of Soviet history.

But this is only one part of the history. The other part of the history of Karabakh conflict is that Turkey is part of it, and it always was: in 2020 we all saw Turkish generals in Baku, F-16s and Bayraktars deployed to wage a war against Karabakh Armenians. If Turkey is “a factor of war and not of peace in Karabakh” against Armenians, how come Turkish intellectuals keep their deafening silence?

Turkey waging yet another war against Armenians, a century after annihilating Ottoman Armenians is not something politically neutral that leaves any intellectual silent. In fact, Turkey since the start of the conflict has taken sides, supporting Azerbaijan, and opposing Armenia. Ankara has diplomatically supported Azerbaijani positions, provided massive military aid in the form of armaments and training thousands of Azerbaijani officers in NATO-style warfare. By its limitless support to official Baku, Turkey hardened positions of Azeri leaders, made them increasingly militaristic, and contributed in undermining a diplomatic solution to the conflict within OSCE’s (Organization for Security and Cooperation in Europe) Minsk Group.

Ankara not only provided massive political and military support to Azerbaijan, but it also put enormous pressure on Armenia: since the collapse of the Soviet Union Turkey refuses to normalize relations with Armenia by having diplomatic exchange, and continues to keep the border hermetically closed. It is the last closed border of the Cold War.

When the Karabakh conflict erupted on February 20, 1988, as Karabakh Armenians overwhelmingly expressed their will to be detached from Soviet Azerbaijan and be unified with Soviet Armenia, the “answer” came a week later in the form of anti-Armenian massacres in the town of Sumgait. This violence was accompanied by an ideological justification of anti-Armenian violence, which was the exact copy of Turkish justification for Armenian Genocide. In a time the ideology of “socialism” was disintegrating in Soviet Azerbaijan, a new ideology of nationalism was being borrowed from Turkey in which Armenians were demonized: not only they had no right to raise any political demand, but even their existence in Transcaucasia was portrayed as illegitimate. They were just agents of imperialism, and it was the right of Azerbaijan to chase them away “like dogs”. Does this ring a bell?

As Turkey moved away from hardline genocide denial, we find that this became the state-ideology in Azerbaijan. State propaganda in Azerbaijan not only denies the fact of the 1915 Armenian Genocide, but in the best tradition of denialism presents Armenians themselves as perpetrators. In official Azerbaijani propaganda, Armenians continue to be dehumanized, see the shameful “Trophy Park” recently opened in Baku.

Why did Turkey support Azerbaijan in its war effort? Why Turkey continues to impose economic blockade against Armenia from the first day of its independence? Isn’t this the legacy of the 1915 Genocide? A hundred years after annihilating Ottoman Armenians, Turkey continued its struggle against the newly independent Armenia in order to force on Yerevan to abandon any demands linked to the genocide, be it political recognition of the crime, or any form of material compensation. If this does not concern Turkish intellectuals, then what does concern them?

Since, Turkish intellectuals seem to be satisfied by the fact of remembering Hrant Dink. It is enough for them to say: “my friend Hrant Dink said” to whitewash all their moral sins. Turkish intellectuals might have – belatedly – discovered that there was a genocide in their midst – but they are still far away from assuming its political consequences, let alone the moral ones. For them, the hundred-year long struggle for the recognition of the Armenian Genocide, and for justice to Armenians seems to start but also end with Hrant Dink.

The thick shadow of 1915 is present not only in Turkey but also in the Caucasus. More than ever we need to face our past, to deconstruct nationalism and militarism and make peace and justice possible. And in this struggle, we are still waiting to hear the voices of Turkish intellectuals. 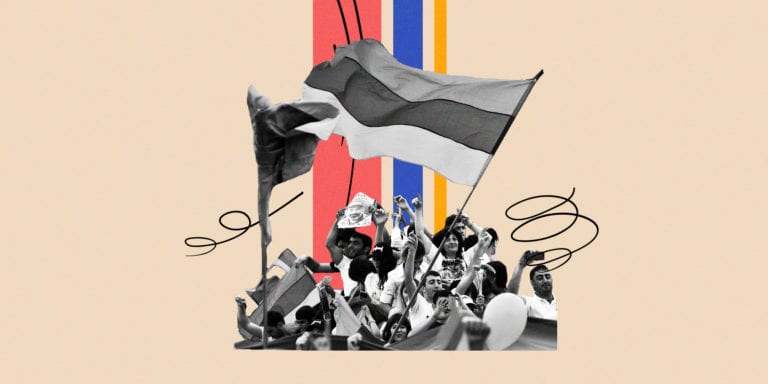 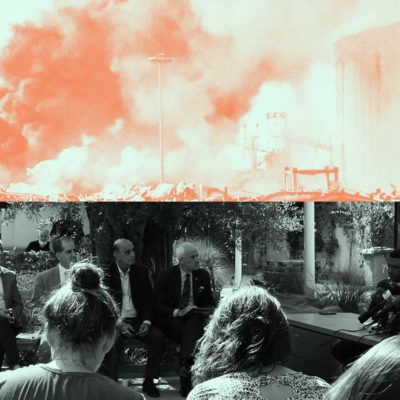 Beirut Blast: Media Freedom of Expression and the Challenge of Justice

Daraj
The systematic campaign against Judge Bitar was accompanied by a number of fraudulent maneuvers in which the ruling forces managed to evade punishment and to disrupt and obstruct the investigation. 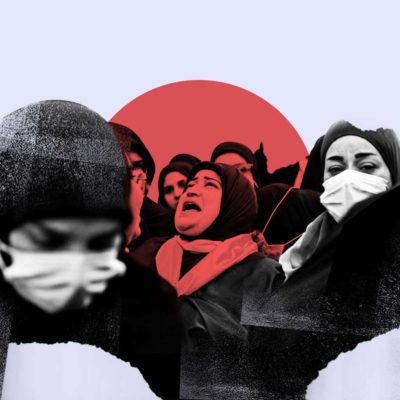 Diana Moukalled
The battle against the Beirut Port investigation has never been so blatantly straightforward as it is today. Hezbollah has decided to use the families of the victims in a way that militants use human shields at the heart of the battlefield.

“I Will Remember Him Until He Comes Back”… Wafa’s Story, Detainee Ali Mustafa’s Daughter

Tracy Jawad
“I will remember him until he comes back. He’ll see then that I didn’t forget about him, and that the whole world knows who he is.”

Egypt: My Brother Orchestrated my Rape to Take My Inheritance

Eman Adel
Statistics of the Egyptian Ministry of Justice indicate that 35% of women who were deprived of their inheritance were subjected to physical abuse, 15% to extortion, while the remaining 50% were forced to give up their rights due to blackmail or fear for family disputes.

Azerbaijan Conveys the Problems of the Middle East to the Caucasus

Vicken Cheterian
The war evidently did not end this conflict. It only succeeded in adding Middle Eastern problems to the already complicated Caucasus!