Nour Al-Safadi
Palestinian Journalist
01.09.2021
Menu
Psychotherapist Hammam Farah explains that suicide attempts are a reflection of a deep desire to escape suffering, and that "understanding why there is a feeling of despair prevailing in Lebanon is not difficult, given the current political and economic situation."

The last thread that Jad was holding on to was cut alongside the power cuts in Lebanon. He tried to hold on to life in vain, calling Lebanon’s only suicide hot line but only heard the sound of his own breath on the end of the line.

“Even the life line has become lifeless,” said Jad, father of two, smoking his last cigarette.“I tried calling, all I was thinking was how do I get rid of my life? No one answered, so I thought, that’s it, there is nothing left, then my daughter walked in and she froze.”

The National Lifeline in Lebanon is a suicide prevention and emotional support hotline run by Embrace, a non-governmental organization, in partnership with the National Mental Health Program at the Ministry of Public Health. Due to the fuel crisis, the line announced that it was going to shut down for two days, after which it indicated its working hours will be from eight thirty in the morning until five thirty in the morning.

Jad told Daraj that he had tried to commit suicide several times, but gave up every time after remembering that he was the only breadwinner for his family. According to the estimates of Embrace, a person tries to commit suicide every 6 hours in Lebanon. One person succeeds in taking their own life every 60 hours.

Analytical psychotherapist Hammam Farah explains that suicide attempts are a reflection of a deep desire to escape suffering, and that “understanding why there is a feeling of despair prevailing in Lebanon is not difficult, given the current political and economic situation.”

Farah emphasized the importance of developing a spirit of “we’re all in this together” during a large-scale crisis such as the one going on in Lebanon.

“People don’t wake up in the morning thinking they want to kill themselves that day,” Fatima, a volunteer at Embrace, emphasized, “They go through a lot of great difficulties, psychological difficulties, until they reach a place where the world closes its doors in their face, and this is why we’re here so that they know someone is listening to them and understands them.”

There were two cases of suicide this week in Lebanon, as a result of the fuel crisis and the high prices. Charbel Farah, a First Adjutant officer, ended his life with a gunshot, leaving a message behind:

“I want to say two things. As an army faction, we’re still getting paid the same wage we were getting paid when a tank of fuel was 20,000 Lebanese liras, when a van from Baalbek to Beirut was 5000 Lebanese liras. At a time when we used to buy sandwiches with 5000 liras. We’ve been taking it for two years, how much longer can we take it?”

Karim Saleh, a young activist of the October 17 revolution, also ended his life with a gunshot. He used to criticize “our miserable people” for cheering the Axis victories, which were not in their interest. He added in a post on Facebook, “With the understanding that the parties in power do not think with the logic of a capable state, and that all their attention is directed to the interest of the axis they are in.”

The Most Miserable People…

According to the “Gallup World Emotions 2020” report, “the Lebanese are among the 10 most stressed and sad people in the world.” It recorded 147 suicides during the year 2020. Four cases were committed in one day, including Ali, who shot himself in Hamra Street, carrying a sign that read “I am not a sinner” alongside Lebanon’s flag and a clean criminal record.

“There are no studies on the subject, but overall the numbers are higher, because not all people state cases of suicide since there is a religious and social stigma about subject,” Hotline supervisor Christine El-Zein explained regarding the decrease in the suicide rate during 2020.

She added that the number of calls increased from 500 at the beginning of the year to 1016 during the month of June.

With the spread of suicide and the increase in the consumption of antidepressants and sedatives, what is the fate of the Lebanese in light of endless crises? 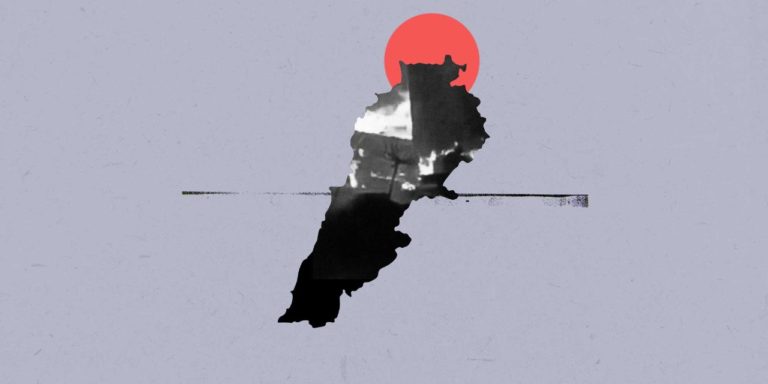