Can the Afghan Scenario Be Repeated in Iraq?

Yahya Al-Kbisi
Iraqi Writer
August 18, 2021
Menu
Condoleezza Rice in 2008 argued that democratic states in Iraq and Afghanistan were a “compelling component of our national interest." Now, after failing miserably in both countries, the Americans are telling us, that the Taliban’s Islamic Emirate, and an Iraq ruled by militias, can be such compelling components.

Perhaps the most urgent question following the fall of Kabul to the Taliban is: could the Afghan scenario be repeated in Iraq if the United States were to leave the country? This question presupposes another one: will the US withdraw from Iraq in the foreseeable future?

To start with the latter, the American withdrawal from Iraq at the end of 2011 was the first step triggering a series of sectarian policies, which eventually led to more than a third of Iraqi territory falling into the hands of ISIS.

According to the federal budget law for 2013, a year prior to the invasion of ISIS, Iraqi military and security forces numbered some 984,211 individuals (661,914 under the Ministry of Interior; 322,297 under the Ministry of Defense). The combined budget of the two ministries amounted to $87.4 billion between 2006 and 2013. This in addition to a few billions more allocated in 2004 and 2005, and all the billions spent by the US and other donor countries.

All these individuals, and all these billions, could not stop several thousand, mostly lightly armed, ISIS fighters from taking a large part of the country. After ISIS took control of Mosul, and expanded south and westward, there was no real international response. Everyone justified what had happened as an inevitable result of the sectarian policies adopted by the dominant Shiite political powers in Baghdad.

The American strategy at the time too was based on the premise that the fall of Mosul was a direct result of the sectarian policies introduced by former Iraqi Prime Minister Nouri al-Maliki. Consequently, the Americans believed that the Iraqi government must adhere to a political approach to restore the Sunni faith in the Iraqi state as a necessary prelude to defeating ISIS.

The main idea in this context was the formation of local forces, with local leaders, based on the model of American National Guard. This could help to address the lack of trust between the masses in the provinces under control of ISIS and the Iraqi government and its military and security forces.

That is why the US waited for about two months before announcing its decision to confront ISIS. That came as a result of two strategic mistakes made by the latter: the genocide of the Yazidis in Mount Sinjar and the attack on Makhmour threatening Erbil. 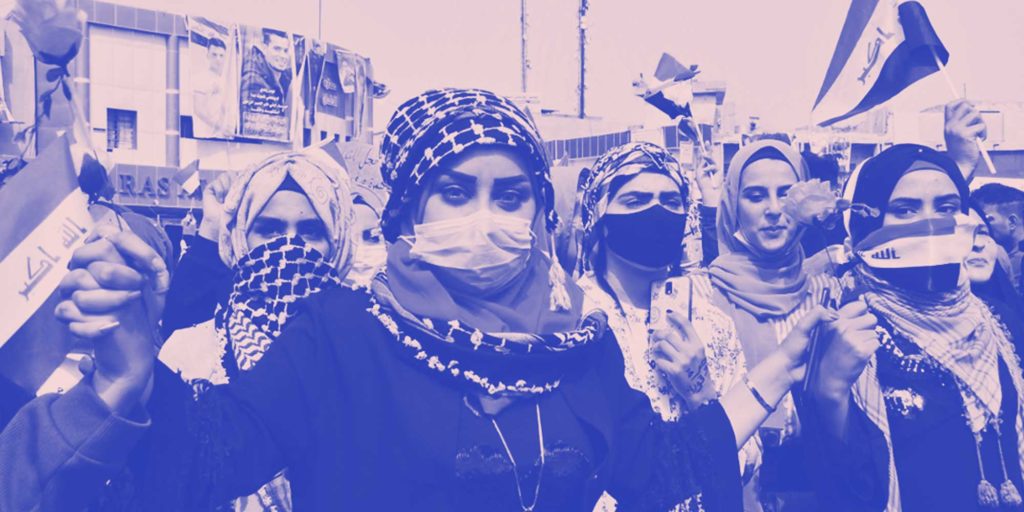 On August 7, President Obama announced that American forces would partake in direct military operations. And on November 9 the American strategy was announced. It was based on two main pillars: systematic air strikes and support for local Sunni forces, with the complete exclusion of any US forces on the ground.

On the other hand, the Shiite powers were keen to manage the confrontation according to their own interests. They rejected the idea that the ISIS phenomenon was the natural result of the discriminatory policies they had adopted and instead pushed the notion that it was the result of an “international conspiracy.” ISIS was not an Iraqi organization, but a foreign one, a product of the conflict in Syria.

The idea of ​​local forces fighting ISIS as a kind of National Guard, as proposed by the Americans and adopted by the Abadi government (2014-2018), was killed immediately. Instead, the Shiite powers replaced it with the idea of ​​a “popular mobilization,” which was based on a “distortion” of a fatwa of Sayyid Ali al-Sistani calling for volunteers in the security and military establishments. His fatwa was mainly used to legitimize Shiite militias that already existed.

As a result of ISIS and the collapse of the Iraqi military establishment, the Americans were forced to gradually abandon their political approach and submit to the viewpoint of the Shiite powers, focusing more and more on a military approach.

In the end, we were faced with an American strategy solely based on a military approach to defeat ISIS, without linking it to any political reform regarding discriminatory policies. General David Petraeus, former commander of the US forces in Iraq and former head of the US Intelligence Agency, warned early on against using American planes as air cover for Iraqi militias run by Iran.

The military plan adopted under American guidance was the “Persian Move,” based on the Persian movement in chess, and aimed at expelling the Islamic State from the cities it controlled, not its final defeat: by moving from one city to another, without pursuing its individual elements, which usually withdrew in the vicinity of those cities and areas where they were stationed before they started their successive invasions in January 2014.

This was especially the case, as the combat strategy adopted by Iraqi forces to confront ISIS was based on three main elements: mobilization and movement in large numbers; the use of all kinds of firepower at random; and US air cover.

It is a strategy that cannot be adopted, when pursuing ISIS individuals and units in the desert and rugged areas where they have taken refuge. The Iraqi forces cannot pursue them with speed, as they need extensive preparations before undertaking such a task, thus losing the element of surprise and giving ISIS the opportunity to escape or change position.

Thus ISIS has remained a real danger. It has exploited the repercussions of the Sunni problem for its own benefit, to attract more “volunteers,” who often joined not out of belief in the organization and its ideology, but searched a safe haven or revenge. ISIS is only waiting for the right moment to recapture the 2014 moment.

Answering the question about the recurrence of the Afghanistan scenario in Iraq requires considering several factors, including: the nature of the security forces, the continuation of discriminatory policies and their reinforcement through Shiite militias, and the latent danger of ISIS.

A fourth very important factor lies beyond Iraq and concerns Iranian infiltration of the region, which matters a lot to the US. Iran controls the political decision making process in Iraq and controls militias in Syria, Lebanon and Yemen that are ready to fight by proxy on Iranian orders. Any early American withdrawal from Iraq will mean the US will lose its interests in Iraq to its Iranian rival with numerous repercussions for countries in the region that are allied to the US (Bahrain and Saudi Arabia) and, indirectly, the region as a whole.

However, there is no real will on the part of Iran, and its subordinate proxies in Iraq, to ​​push for the withdrawal of US forces from Iraq. Iran fears Iraq will be subjected to US sanctions in the event of withdrawal, which would cause Iran to lose the source of hard currency.

Therefore, Katyusha rockets and drones are merely Iranian “messages” to urge the Americans to accept an Iranian partnership in Iraq, as was the case after 2003, without modifications. This in addition to using them as a card in the negotiations regarding the Iranian nuclear file.

There is also no real will on the part of the Shiite elements, because of their awareness of the need for US forces to remain in Iraq in the short term, especially the air force. For, in the event of a withdrawal, Iraq would lose its most decisive weapon in facing the threat of ISIS.

The answer to the question we asked at the beginning of this article comes with all the reasons why the US is absolutely keen to maintain a presence in Iraq, even if it is only symbolic, at least in the short term.

It is true that the successive US national security strategies, from the one adopted by President Obama in 2010 to the Interim National Security Strategic Guidance document issued by the White House just weeks after President Joe Biden took office, all focused on the Pacific region and the growing Chinese and Russian presence, while underestimating the importance of the Middle East in general.

However, these strategies also dealt with the issue of security, specifically extremist organizations and the possibility of another 9/11 scenario. Therefore, without entering into excessive speculation about the possible role of the Taliban in the US strategy towards China, Russia or Iran, what works with the Taliban in Afghanistan cannot work with ISIS in Iraq.

In a 2008 Foreign Affairs article called Rethinking the National Interest, American Realism for a New World, Condoleezza Rice argued that building democratic states in Iraq and Afghanistan is a “compelling component of our national interest.”

Now the Americans are telling us, after failing miserably in both countries, that the Taliban’s Islamic Emirate, and an Iraq ruled by militias, can be a compelling component of the American national interest. 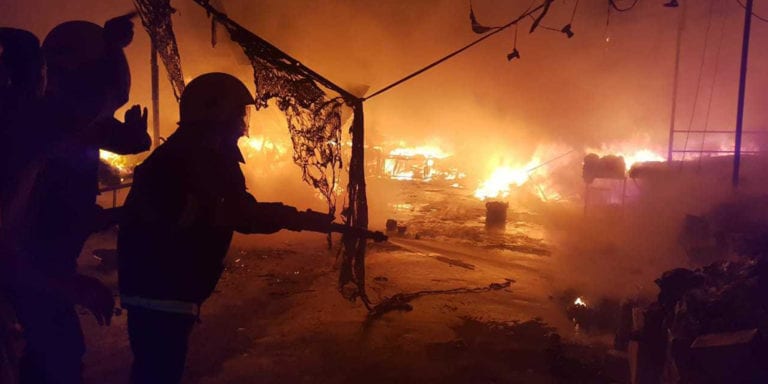