Mohammad Al-Sultan
Iraqi Journalist
16.08.2021
Menu
It is difficult to talk about equal opportunities for men and women in Iraq, especially in the elections. Often the clan is employed to win votes. Yet, despite that Iraqi women are moving forward to create their own political destiny. And make a difference!

Amira Al-Jaber is hanging her pictures at Baghdad’s Tahrir Square, where she has participated in numerous protests against the ruling elite. Al-Jaber is a candidate for the upcoming parliamentary elections within the “Going down to take my rights” movement, one of the most prominent political forces to have emerged from the wave of popular protests that erupted in 2019.

The name is derived from the slogan raised by the demonstrators at that time to demand political reforms. This time, Al-Jaber enters the elections to “take her right” as a candidate in the eighth constituency in Baghdad which includes Tahrir Square, which carries such symbolism for so many Iraqis.

According to Al-Jaber, independent activists becoming candidates in the elections is “a bold, important and mature step in an attempt to reform the democratic experience in Iraq.” Adding: “We are determined to represent the voice of protest, to bring it from the street to the parliament, and even to express it in executive positions.”

According to the Iraqi Electoral Commission (IEC), the number of female candidates has reached 951 out of a total of 3,249 candidates in 83 electoral districts across Iraq.

“The participation of women is less than before due to the new law, which divides the seats of each governorate into electoral districts with quota of women to ensure there is at least one woman in each district,” said IEC assistant spokesperson Nibras Abu Souda. “The number of independent women is some 160.”

Candidates are competing for 329 parliamentary seats, while over 25 million people are entitled to cast their vote. The 2005 Iraqi constitution stipulates that the number of women in parliament should number at least 25 percent of the total.

In 2020, Iraq ranked 70th globally in terms women’s participation in parliament. They gained 84 out of 329 seats in the last elections, equivalent to 25.5 percent. Prior to that  women were represented as follows:

The participation of women in the Iraqi electoral and political process has been hampered by many obstacles. It is really regarded a formality. Often women are not free to exercise their rights, as decisions were dictated to them by the heads of the male-dominated blocks.

Traditional forces rob women of their political will and deny them the right to decide and vote in their own way. Women have often been exploited to fill seats and vote along the party line. Women’s chances to assert themselves politically in parliament were always very limited.

Women Do Not Vote For Women!

“Iraqis are equal before the law,” Article 14 of the constitution stipulates. But according to Ayat al-Mudhaffar, spokeswoman of the Victory Coalition: “women still suffer from many challenges in trying to enter the world of politics in general, and the elections in particular.”

“A woman’s participation in the political process is hampered by many obstacles, despite her determination to engage in political work,” Al-Mudhaffar told Daraj. “This includes the traditional nature of society, which frames the relationships of women within a patriarchal structure, with weak governmental representation,”

Women are trying to compete with men in the upcoming elections through a “regional law” dominated by tribal, ideological, religious and partisan elements. “But despite these challenges, women must prove their existence, present their electoral program and defend it in front of the voters, and work hard to convince and attract them,” Al-Mudhaffar said.

“The women’s vote for women in the previous elections was much lower than the men’s vote for them,” she continued. “And this too is due to accumulated cultural reasons in Iraqi society.”

Following the 2019 October  protests, Iraqi women are preparing to bring about a change in political decision-making. The demands for change that were raised on the shoulders of female protesters included calls for female candidates to compete with men outside the quota system.

In Iraq and other Arab countries, it is difficult to talk about equal opportunities for men and women, especially in the elections. Often the clan is employed to win votes, which ensures that women do not get what men do. Yet, despite that by participating in the elections Iraqi women are moving forward to create their own political destiny. And make a difference! 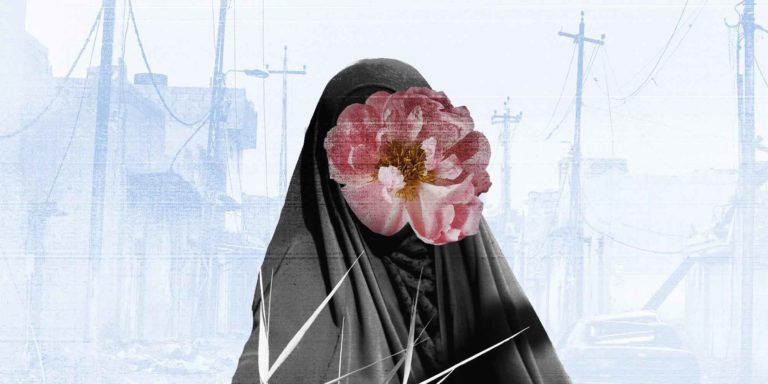