Stuck in an Elevator with Toters Delivery

Rami El-Amin
Lebanese Journalist
10.08.2021
Menu
Toters Delivery was founded with the help of three capital venture firms, with close family ties to the ruling elite, that were handed millions thanks to the Lebanese Central Bank’s Circular 331.

Toters founder Tamim Khalfa claimed in an interview with Entrepreneur Middle Mast that his company attaches great importance to the employee selection process. According to him, the question you should ask yourself before hiring anyone is: “Would you mind being stuck in an elevator with him for three hours?”

The company’s security staff at the Toter branch in Zalka, east of Beirut, however, did not wait three hours when delivery drivers protested against the low fees they received, especially seeing the collapse of the Lebanese pound and the high fuel prices

They were beaten up. A video of the scene has circulated widely on social media for the past few days. According to the workers, they only receive a small fee in Lebanese pounds and suffer from poor working conditions. They do not even have a fixed spot to rest and use the bathroom.

Toters issued a statement denying the problem was related to the workers’ demands.

“It started with a quarrel between several delivery service workers and some security employees, and then developed into a fistfight,” stated the company. “The reasons were personal and not related to any demands.”

Nael Halawani, one of the company’s founders, told Daraj that the drivers had gathered to demand a working station, in addition to drawing attention to the high fuel prices. He stressed, however, the problem started for personal reasons and then developed into a fistfight. 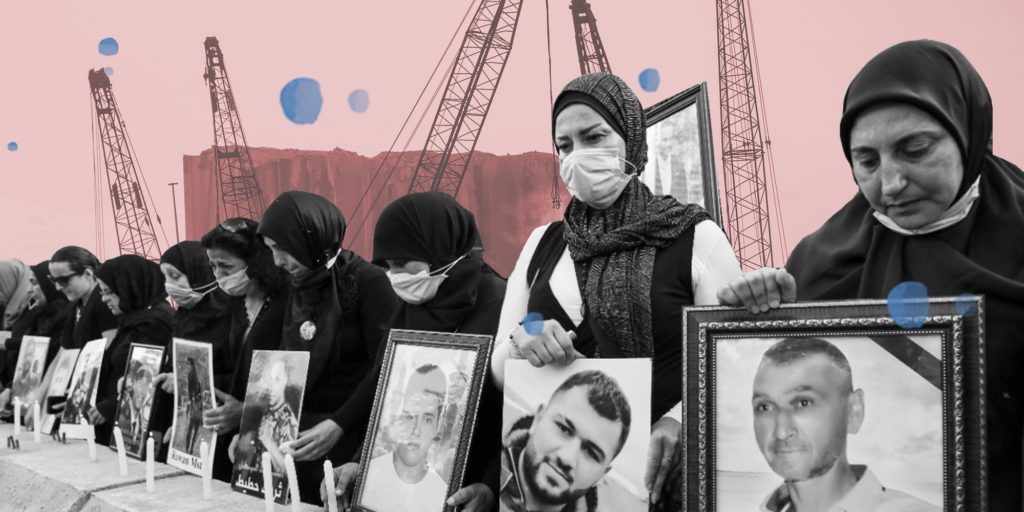 The problem has put a spotlight on the company, which has seen its work balloon in the past few years, as it benefited greatly from the corona crisis to expand its business while today it is on the verge of bankruptcy, just like the country.

The company charges restaurants 20 to 25% of the bill’s total value for its delivery services, which is quite a lot, while paying its delivery workers a fixed tariff of 4,500 to 6,000 Lebanese pounds (LBP), depending on geographical location. While two years ago this was the equivalent of $3 to $4, according to today’s black market rate it is about 30 cents.

Halawani claimed a worker’s fee increases to some 8,000 LBP when taking into consideration the financial bonus at the end of the month. According to him, that amount is among the highest paid for delivery services in the whole of Lebanon.

Looking into their identities, leads to some remarkable links and connections.

On December 19, 2013, the Lebanese Central Bank (BDL) organized the workshop Capitalization of Startups in the Knowledge Economy to highlight issuing Circular 331.

Circular 33 aimed to boost local startups, giving them an incentive to set up shop in Lebanon by making funding more easily available. The $400 million package was 75-percent guaranteed by the BDL for local banks, equity investment accelerators, incubators, funds and startups.

“These companies must be Lebanese and operate in Lebanon because our goal is to strengthen our economic situation and create job opportunities,” said BDL Governor Riad Salameh in his speech during the workshop.

Yet, while the circular aimed to secure funding for innovative start-ups and provide job opportunities in Lebanon, it seems most funding went to financial and investment firms affiliated with parties in power.

In the World Bank’s 2016 Tech Startup Ecosystem report, Lebanese entrepreneurs interviewed acknowledged that financial institutions may have benefited more from Circular 33 than start-ups. It appears there is a close relationship between Toters and Circular 331.

Toters is a Lebanese company, but its main profit generating business is based in Erbil, capital of the Kurdistan region of Iraq. “The company does not make profit in Lebanon,” said co-founder Halawani. That is why it “had to” work abroad.

The company was founded with the support of five funding sources, including three venture capital firms that directly benefited from Circular 331. Their owners have both family and political ties with Toters’ founders, as well as the BDL.

The first venture capital firm is Middle East Venture Partners (MEVP). It was established in 2010 by Walid Hanna, son of Samir Hanna, Chairman of the Board of Directors of Bank Audi. One of Lebanon’s biggest banks, Bank Audi has a close partnership with Salameh and his son, as has been documented by more than one source.

The second is the Phoenician Fund, established in 2015 by Jad Salameh, a nephew of the BDL Governor, and Mohamad Ibrahim, son of the Director General of Public Security Abbas Ibrahim.

The third, BY Venture Partners, is owned by brothers Abdullah and Ghaith Al-Yafi, who are brothers of the son-in-law of former Hezbollah MP Nawar Al-Sahli, whose wedding recently was a buzz on social media.

These companies and two others, helped by the Kafalat program backed by the Lebanese state and the World Bank, invested some $5 million in Toters. The company received $550,000 at the start of 2018 and $4,450,000 at the end of that same year.

As it turns out, companies closely linked to the authorities directly benefited from Circular 331 and the $400 million that was intended to encourage start-ups. Salameh turned it into a kind of “family business,” so to speak.

One should know the Lebanese ruling elite, despite all its contradictions, acts as one family when managing business and money. It puts aside overt political disputes, which just serve to distract people, while “marrying” investments under the table. Halawani did not deny the links between Toters and the three financial firms, which according to him all have a good reputation. In response to Daraj, he said Toters resorted to these companies because it suffered from financial problems during its launch and required funding. Circular 331 saved them.

When asked about the percentage these companies receive from Toters, Halawani reiterated that his company is losing money in Lebanon. This brings us back to the problem of Circular 331. Economists had warned that it would financially cover companies most of which they expected to fail based on market indicators.

The BDL took it upon itself to bear the losses of these investments, which mainly benefited banks and investment firms at the heart of the system.

Knowing this, you can imagine a delivery driver at Toters stuck in an elevator for three hours with the nephew of BDL Governor Riad Salameh, the son of the Director General of Public Security Abbas Ibrahim, and the son of the Chairman of the Board of Directors of Bank Audi Samir Hanna. 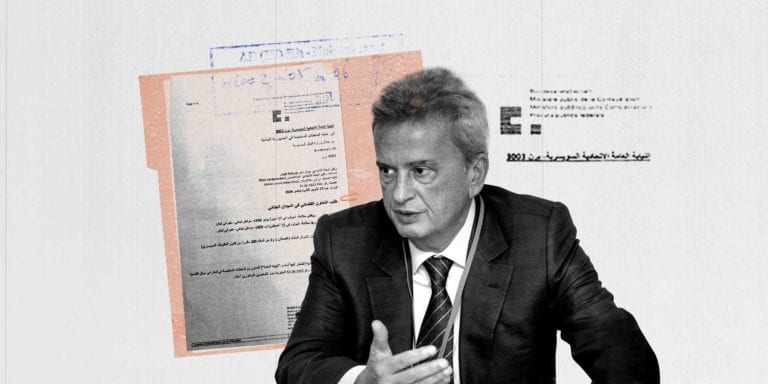