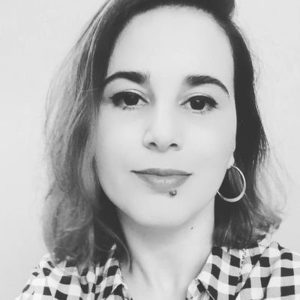 Hajar Raissouni
Moroccan Journalist
August 6, 2021
Menu
Moroccan journalist Hajar Raissouni tells how the kingdom wiretapped her phone, launched a defamation campaign and imprisoned her. “They told me things about me no one could know unless they read my diary moment by moment.”

Over 10,000 phone numbers were targeted by Morocco with the help of the infamous Pegasus spyware it acquired from Israeli company NSO, according to the data leak obtained by Forbidden Stories, shared by Daraj and 16 other media organizations.

One group prominently targeted in the kingdom were women, whose privacy was violated in order to threaten and blackmail them. Moroccan journalist Hajar Raissouni was one of them. She was prosecuted and imprisoned in Morocco before being released on a royal pardon. Here she tells her story.

“When Forbidden Stories contacted me to tell me that my phone number and that of my husband – Sudanese human rights activist Rifaat Al-Amin – were part of a list of leaked numbers targeted by the Israeli spying app Pegasus, I was not surprised because I knew my phone was being monitored and I knew the secret police were watching our every move, even after we left Morocco.”

“When I was arrested in 2019 and interrogated by people of whom I still don’t know who they represent, they told me things about me that no one could know unless they read my diary moment by moment. The same thing happened with my husband. He was asked about certain events and his relationships with certain people that can only be known by monitoring all his movements and calls. The investigation, which lasted for hours, was about everything except what they were accusing us of.

“I was arrested upon leaving a clinic. They knew the exact timing of me exiting, as I had called my husband to ask him to come meet me. They blocked my way, as a gang, and said they were there for the doctor, even though he had left before their eyes half an hour before me. They were waiting for me, because I was the target.”

“The spying and surveillance did not stop after we got out of prison. It worsened to include harassment in the street and surveillance of our house. Sometimes we would find what we had talked about at home or on the phone published by the defamation press close to the authorities. This prompted many of our friends to stop visiting us. They were upset and feared for their privacy and freedom. Others reduced communicating with us, because we were among the ones watched, and that might cause them unnecessary problems.”

“Things got even worse after the arrest of my uncle, Suleiman Raissouni, editor-in-chief of Akhbar Al-Youm, the newspaper for which I was working. Our private lives were published by the defamation press, with lots of exaggerations, fabrications, and lies in order to portray us as a morally corrupt family that does the exact opposite of what it claims to be doing.”

“In the face of the harassment we were subjected to, and the state of fear and terror we lived in, we were left with no choice but to leave, even though the future at that time was a great unknown to us. But the unknown then was a lot kinder than the hell we lived in, especially as we were dealing with an immoral structure that can fabricate any accusation in an instant, throw you in prison, tarnish your reputation, and kill you morally.”

“Our decision to leave did not please the structure. So, they refused to grant me an exceptional permission to leave Morocco. The message I received was: “He walks, she stays.” Had it not been for the kind intervention of one official at the very last minute, I would still be imprisoned in my home country, as Morocco for me has become one big prison.”

“Unfortunately, despite my departure, the defamation campaigns targeting me and my family continued whenever I published an article or wrote a blog about human rights violations in Morocco. While the authorities were trying to portray themselves as a state defending women’s rights, numerous websites and newspapers tried to tarnish my reputation as a woman. And, because we live in such a conservative society, the easiest way to symbolically kill a woman is by killing her reputation.”

“At first it bothered me and I didn’t know how to deal with it. I was always thinking about how others would look at me after they read what was published about me, all the fabrications and lies. And since my picture was widely spread, most Moroccans were aware of who I was. After I got out of prison, I turned inward and no longer liked going out. When someone was looking at me in a café or on the street, or just said hello, I felt embarrassed. I didn’t know what their image was of me. The real me? Or the person I didn’t know, portrayed by the media as being ‘me’? Even when I decided to go back to work, I felt embarrassed and lost my self confidence when meeting sources or public figures, because I always assumed they had read what was published about me.”

“When the authorities decided to install a curfew due to the spread of the coronavirus, I was feeling a bit of relief, unlike most Moroccans, because I would not have to go out and meet people.”

“Now, after all the tragedies and shocks I experienced, I have gained immunity against the defamation, lies and fabrications, and have the ability to confront and stand up against the smear campaigns waged by ‘the structure’ with the help of its media, paid from the pockets of Moroccans to fight Moroccans.”

“Despite the Moroccan government’s attempts to deny the intelligence services’ use of the Pegasus software to spy on journalists, human rights defenders and politicians, everyone knows that everyone who steps outside the flock, becomes a target. That is what happened to me, my husband, journalists Suleiman Raissouni and Omar Al-Radi, and the historian Maati Monjib.” 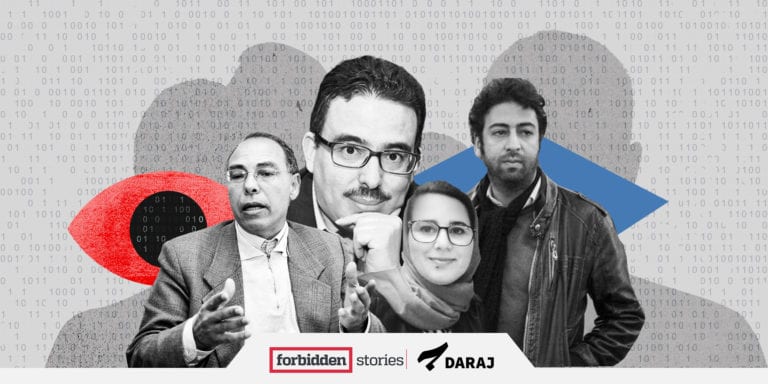