“Iraq is Burning its Patients.”

Montazar Al-Kharsan
Iraqi Journalist
July 13, 2021
Menu
Following yet another deadly hospital fire in Iraq, demonstrators in Nasiriyah demanded the closure of four hospitals in the city out of fear that they too are “hotbeds of death.”

The Iraqi city of Nasiriyah on July 13 woke up to the smell of death. The smoke of the fire that destroyed the Al Hussein Hospital Covid isolation ward reached every home in the city. At least 92 people were killed. The tragedy brought to mind the fire that burnt down the Baghdad Ibn Al-Khatib Hospital last April, killing 82.

Sajjad Naseem lost six family members in the Nasiriyah fire: his mother, father and four brothers. He breathes. He speaks. But his throat is suffocated with death. Another family lost three brothers. Two of them were visiting the third, who was hospitalized with the coronavirus.

A year has passed since the opening of the Al Hussein Hospital’s “Purity Center to isolate Corona Patients.” It was built by the municipality’s health department as an additional center to absorb the city’s infected. It comprised respirators, oxygen cylinders and over 70 beds.

At the time of the fire, 68 patients and their companions were present in the ward. The cause of the fire, according to preliminary data, seems to be the explosion of an oxygen tank . The flames engulfed the people present inside the center and prevented rescue teams from reaching them.

It took over two hours to bring the fire under control.

Civil defense teams were helped by hundreds of young volunteers who, with modest means, tried to compensate for the failure in official response.

Shockingly, the center was characterized by an absence of adequate public safety standards. It did not even have a proper fire extinguishing system.

Following the fire, Nasiriyah entered a state of mourning. Hundreds of angry people gathered at the site of the fire, while others assembled at the forensic medicine department.

Local authorities in Nasiriyah announced all public institutions would be suspended from functioning for three days. Prime Minister Mustafa Al-Kazemi held an emergency meeting after midnight to find out more about the disaster, and ordered an investigative team to be formed.

The incident quickly took on a political dimension, as senior Iraqi officials began criticizing the government. “A failure to protect the lives of Iraqis,” said Speaker of the Iraqi Parliament, Muhammad al-Halbousi. “It is time to put an end to this disastrous issue.”

The leader of the Wisdom Movement, Ammar al-Hakim, recalled the fire at the Baghdad Ibn al-Khatib Hospital and said that the occurrence of yet another fire, for the same reasons, meant the authorities had not taken any measures to prevent another tragedy.

Director General of Civil Defense, Major General Kazem Salman Buhan, who arrived from Baghdad, confirmed the preliminary data that, most likely, an explosion occurred in the oxygen system supplying the Covid isolation center.

He referred to the so-called “sandwich panels,” which consist of light metal pieces and compressed sponge. Firefighters have long warned they are dangerous. The General Secretariat of the Council of Ministers had even warned against using them. A civil defense officer had previously indicated that the Nasiriyah center lacked proper safety standards, yet his complaints were not addressed.

Forensic experts took samples from the site in order to conduct laboratory tests and find out the exact cause of the fire.

Jeanine Hennis-Plasschaert, Special Representative of the Secretary-General of the United Nations in Iraq, stressed the right of Iraqis to receive care in a safe environment, while the US ambassador to Iraq expressed his grief and stressed his country’s commitment and support.

Civil activist Uday Jaber, standing at the doorstep of the burning health center, called upon citizens to help remove the rubble and remove the bodies.

Writer Hussein al-Amel believed the failure to hold accountable those responsible for the burning of the Ibn al-Khatib Hospital is what allowed another hospital to delay securing minimum safety standards and thus protecting patients and health workers.

Following the fire, protesters in Nasiriyah demonstrated in front of four hospitals in the city, demanding their closure, out of fear they too are not places of healing, but hotbeds of death. 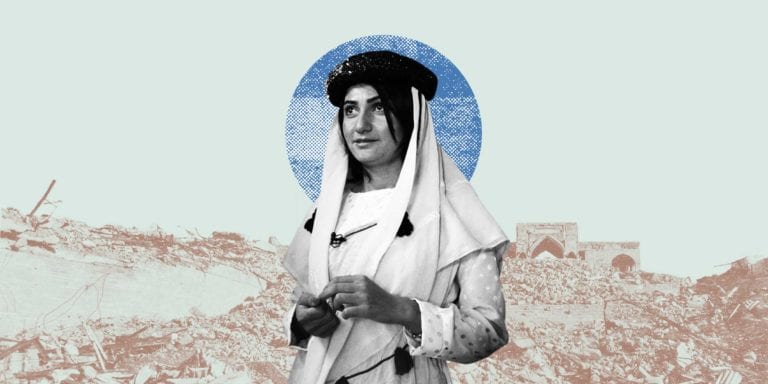