Diana Moukalled
Lebanese Writer and Journalist
July 9, 2021
Menu
In a country that has long been pardoning war criminals and the corrupt, today the killers of women are enshrined among its concubines.

“We see, in light of all the facts of the file, particularly the type of offense and its circumstances… We see that the petitioner is exempted from the remainder of his sentence.”

The decision to shorten the sentence against Ibrahim Talib, imprisoned in al-Qubba prison in Tripoli, paving the way for his release, is astonishing once you understand the context.

Ibrahim Talib had been convicted since 2010 for suffocating his wife, Latifa Kassir, and assaulting her before and after her murder. Now, he received a report from a social advisory board that has considered his behavior and commitment during his prison time, and thus feel by law that his sentence should be reduced.

But what does the phrase “particularly the type of offense and its circumstances”, expressed within the context of justifying the early release of a murderer, even mean? The text goes on to make more ridiculous claims: that he had been a “loving” husband to his wife, so much so that he was envious about people interacting with her, and that he wanted to be released to begin his life again and go on to take care of his two children (who are now 16 and 18 years old).

Latifa Kassir’s murder stirred public opinion and was at the core of many massive protests against the killing of women, which resulted, at least in part, in the Law to Protect Women from Domestic Violence issued in 2014.

During my own professional life, I heard many painful and cruel stories about women, but Latifa’s remains one of the most deeply rooted tales in my conscience, especially after witnessing how her death reflected on her two children and her family.

Eleven years ago, I made a film documenting this murder, involving testimonies from Latifa’s family and her two sons. This piece will look back at those details, to fully understand the “particular type of offense and its circumstances”, as well as how those making the decision to release this man arrived at the conclusion that he deserved that privilege.

Latifa Kassir was a model for the traditional conservative women in Lebanese society; a quiet young woman in her thirties, who grew up within a religiously observant family and worked as an accountant in a small business.

After a small family gathering in 2000, she married Ibrahim Talib, who had recently returned to Lebanon from exile, only to discover less than a year after the marriage that she had made a decision that she would regret for the rest of her life. Her husband, deep into a drug addiction, repeatedly beat her, insulted her and blackmailed her financially. Every time she ran away from him he would find her and force her back into their shared home.

They had two children (Jana and Khalil) together, who she would always fear for, from his violence. He did not provide for them in anyway.

“You know how they kick a football aunty? Like that,” Khalil was not even six years old when he answered his aunt Ghada’s question about whether his father beat him like he would beat his mother.

Even though she tried, Latifa’s husband continued to refuse to divorce her, with even the Jaafari Court preventing her from getting a divorce [In Lebanon, you legally refer to courts affiliated with your religious sect when it comes to marital matters]. Jaafari courts, to which Ibrahim and Latifa are affiliated, famously deny women the right to divorce without the consent of their husbands, and Latifa would repeatedly complain that the judges were biased against her.

“Its none of your business what he does. He opened a house and paid his alimony…,” her sister Laila Kassir remembers what a judge told her, after he refused to grant Latifa a divorce.

But Latifa eventually got separated after ten years of suffering, and after she was able to pay a good sum of money; She gave up her rights and moved to live with her two children in a new house.

Still, moving to a relatively remote neighborhood in Sin El Fil did not protect Latifa from her ex-husband, according to her neighbor’s testimony. He was infuriated that she managed to get the divorce. Her neighbor often ran out of her house to the sounds of the ex-husband assaulting Latifa in her new home. 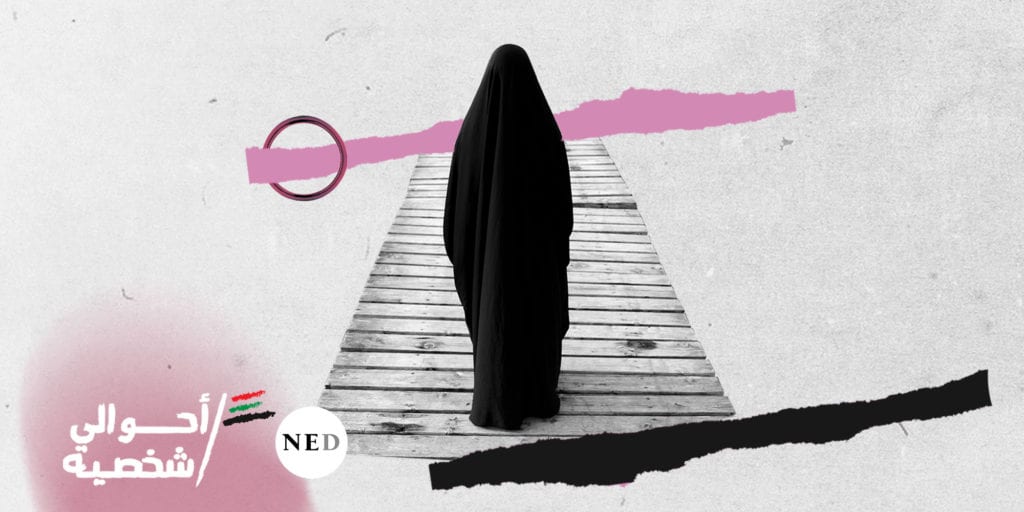 Latifa did not rule out the possibility of escaping from Lebanon, but she was unable, because Ibrahim was able to issue a travel ban on the two young children.

Ibrahim showed up to her house and attacked her, in an assault that lasted over 3 hours.

According to the testimonies of her two sisters, Laila and Ghada, Latifa called them while he was seated next to her, asking for the name of a specific medicine.

“The cupboard fell on me,” Latifa explained on the phone to her sister, who did know at the time that Latifa was nearing death when speaking to her.

“My face is swollen, my sister…” Those words haunt Ghada to this day. Was her sister trying to call for help in this last phone call?

Latifa’s autopsy showed that her body was full of bruises, according to her sister Laila, as she was beaten and then hanged with a towel to death.

After he killed her, Ibrahim left the house. A few hours later, her children returned home from school. Khalil was excited that he would celebrate his sixth birthday that day, but instead found their mother, a bloodied corpse. Jana and Khalil became acquainted with their mother’s move to her grave as her new “home”, which became a shrine that the two children would often visit and scatter roses over.

“I told Khalil that this was her new house, that it was new and sweet. Then he asked me: when she’s in it, does dad find her and hit her?” Ghada recalls how her nephew Khalil was struggling to understand whether his mother’s marble tomb would protect her from assault.

Not a Legal Decision… A Moral One

“The particular type of offense and its circumstances” is a sentence that must be discussed at length in the decision to release Ibrahim. Is a murder considered ‘nice’ and require our sympathy when it’s on the grounds of “love”, “jealousy” or “honor”, as he claimed in his justifications?

The “type of offense and its circumstances”, carries with it the fact that the judiciary relied primarily on moral rather than just legal judgment. The repetition of such a description in the court’s statement indicates that there is a kind of empathizing with murderer’s story based on these concepts of love or jealousy and “honor”.

Are the ten years that Latifa spent suffering violence, humiliation and fear, the outcome of her husband’s “love” and “jealousy”?

After we thought that progress was made when it comes to the penalty for murdering women, the patriarchy surprises us yet again with more leniency towards murderers. Yes, patriarchy, which accepts standards of honor and jealousy as justifications for crime and complacency.

Such sentences, “the type of offense and its circumstances,” protect the zeal of men in killing women and girls, as if the same concepts that encourage a man to kill, are the ones that allow for his release.

How many other crimes do we have to cover in order to understand the reality of women’s suffering?

The murder of women never stopped, and social and legal systems also did not stop providing the killers with mitigating and encouraging reasons.

Today, Latifa Kassir’s murderer’s sentence has been reduced to one-sixth of its time, after the Criminal Court in Mount Lebanon had sentenced him at the time to 18 years in prison (a prison year is 9 months).

This decision comes at the height of the intensification of the economic and political crises in the country, and in light of controversy affecting the judiciary and the mounting political pressure towards perpetuating the logic of impunity.

So, is there a window behind the sudden decision to release Latifa Kassir’s killer from his prison?

Latifa Kassir’s family has been in a state of shock since the news was announced, especially after years of caring for the two children who witnessed their father’s violence and were the first to discover their mother’s dead body at their home years ago.

In a country that has long been pardoning war criminals and the corrupt, today the killers of women are enshrined among its concubines. 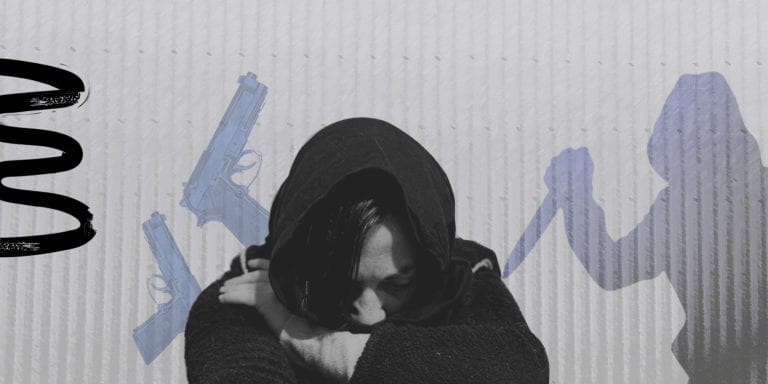