“A thousand congratulations to the successful high school graduates, especially the ‘backbones,’ because they are the ones who will be employed, while the others go astray.”

Quickly spreading on social media last year, these were congratulations with a bitter taste, as they referred to the unequal opportunities for young male and female graduates.

Since June 2020, social media has been buzzing with the hashtag ‘backbones.” At first, people thought it was related to some health problem, but it in fact refers to a statement by Minister of Women’s Affairs Amal Hamad who justified the appointment of her nephew as her assistant, by referring to “backbones” aka. “blood ties.”

Her nephew is hardly alone. Upon his graduation in 2016, Anas Al-Habbash, son of Sharia judge and presidential advisor for religious affairs Mahmoud Al-Habbash, was appointed assistant prosecutor, which sparked controversy at the time.

He was not the only Habbash offspring that got a government job. His daughters, Shaima and Esra, were also appointed in senior positions. One became director of public relations at the Court of Judges, before being transferred to the Palestinian Anti-Corruption Commission, while the other got a job at the Palestinian Authority (PA) embassy in Ankara in 2017.

But the Habbash family is only one part of the story. This investigation documents the appointment of 71 relatives of Palestinian officials in administrative (48) and diplomatic positions (23) over the past ten years.

The appointments highlighted in this report were either published in the Official Gazette or leaked to the media. They concern government jobs that lack prior announcement and were given to first-degree relatives of current or former PA officials.

The investigation focuses on the period between May 2010 – October 2020, looking at all back issues of the Official Gazette, as well as the archives of local news organizations, civil society statistics and databases, and job advertisements announced by the Palestinian General Personnel Bureau (GPB). No less than 52% (37 persons) of senior positions were given to first degree relatives, i.e sons, daughters, husbands, or wives.

Family members of Kifah Odeh, who is the Palestinian ambassador to Spain, make up 7% of all appointments documented in this investigation. His wife, brother and son-in-law were appointed to senior diplomatic posts. This ranks the Odeh family second after the Al-Habbash family in terms of number of posts.

While father Odeh is ambassador to Spain, his wife Hala Fariz is ambassador to Sweden, his brother Mohamed heads the Latin America department at the Fatah Movement’s International Relations Commission and his daughter-in-law, Ammar Hijazi, is assistant foreign minister for multilateral relations. The latter two both have the rank of ambassador.

According to Ribhi Halloum, a former ambassador, PA appointments of ambassadors are based on favoritism and vested interests. When he was an ambassador in Istanbul, a member of the embassy’s security personnel, related to judge Mahmoud al-Habbas, was promoted to the rank of ambassador by a decision of Palestinian President Mahmoud Abbas,

According to attorney Ibrahim Barghouti, director of the Palestinian Center for the Independence of the Legal Profession and the Judiciary, all senior public positions must be publicly announced, in accordance with the principles of equality and equal opportunity as stipulated in in Articles 9 and 26 of the Palestinian Basic Law and Article 23 of The Universal Declaration of Human Rights.

There is no clear legislation governing the appointment of mayors, governors and senior officials, but Article 7 of the United Nations Convention against Corruption signed by Palestine in 2014 stipulates that “efficiency, transparency and objective criteria such as merit, equity and aptitude should be an integral part of the recruitment and promotion process.”

No Ads, No Competition

The page for government job openings on the official GPB website is devoid of any ads for jobs in a higher category. However, over the past ten years, the Official Gazette published 84 appointments of ambassadors and promotions to the rank of ambassadors, 23 of which concerned relatives of serving members of the diplomatic corps.

Over the past six years, our investigation found 1324 jobs advertised by the GPB, most of which were for level 2 jobs (491) followed by even lower level 3 and level 5 jobs.

According to Bilal Barghouti, legal advisor to the Coalition for Accountability and Integrity (AMAN), the appointments are based on the 1998 Palestinian Civil Service Law of 1998, which expands the authority of the PA President and enables him to appoint senior officials, “even though this is in violation of the 2003 Palestinian Basic Law.”

On May 1, 2013, a presidential decree was issued, published in the Official Gazette appointing Walid Ghassan Shakaa, son of Ghassan Shakaa, a former member of the Executive Committee of the Palestine Liberation Organization, as First Counselor in the diplomatic corps.

Then in September of the same year he was promoted to the rank of ambassador, which is a clear violation of the Diplomatic Corps Law, which stipulates that a First Counselor must serve four years before he can be promoted.

The same thing happened on March 13, 2014, when Raouf Najib al-Maliki, brother of Minister of Foreign Affairs Riyad al-Maliki, was appointed First Counsellor and Head of Palestine’s Diplomatic Mission to Columbia. Only 13 months later he was promoted to the rank of ambassador.

And the same thing happened again when Linda Sobh Ali on May 1, 2015, was promoted to the rank of ambassador to Venezuela only 13 months after being appointed First Counsellor.

According to Article 40 of the Palestinian Basic Law, the President of the Authority appoints representatives in foreign countries, international organizations and foreign bodies.

Article 2 of the Diplomatic Law stipulates that diplomatic appointments shall be based on public competition, which is announced 30 days prior to execution.

The Ministry of Foreign Affairs ranks first among the public sectors that witnessed nepotism: 25 relatives of officials were appointed in administrative and diplomatic positions over the past ten years, which represents 35% of all appointments.

Violations were not limited to the diplomatic corps. On April 19, 2017, the Public Prosecution announced a vacancy for a Deputy Prosecutor. On June 12, it was announced that five new deputy prosecutors had been appointed, all relatives of PA officials.

On August 21, 2017, the Official Gazette published a decree promoting 46 Deputy Prosecutors to the rank of prosecutor, 17 of whom were related to government officials. 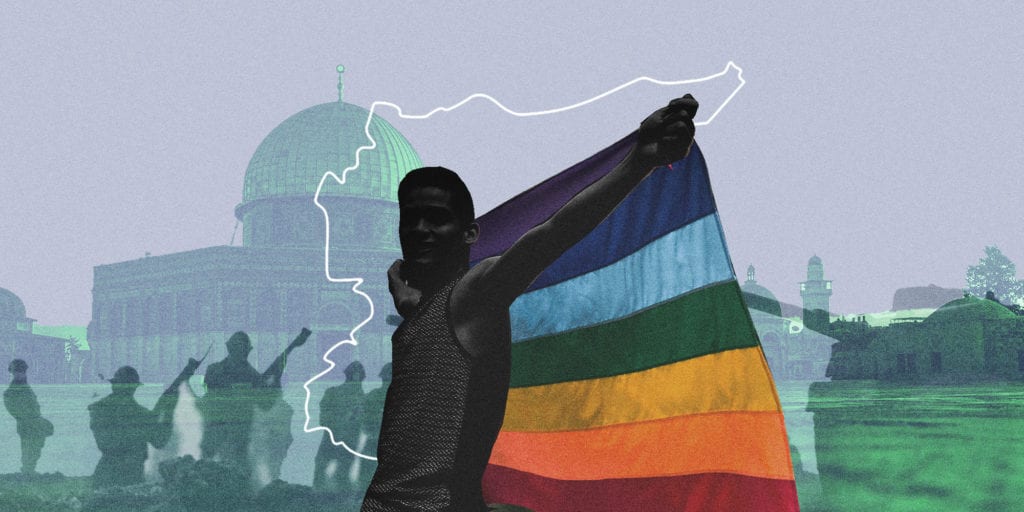 The Ministry of Justice came in second in terms of appointments of officials’ relatives. A staggering 32 percent of vacancies were filled with family members.

The 2016 report of the Public Personnel Council indicated that 13 appointments were made by President Mahmoud Abbas as an “exception,” while the 2019 report indicated there were none. According to Ibrahim Al-Barghouti, however, such appointments still take place, even though they violate the Palestinian constitution.

“It is my right for my companion to be, as they say, from my backbones, or from my family at least,” said Minister of Women’s Affairs Amal Hamad on June 27, 2020, in a live broadcast with journalist Ahmed Saeed, when asked about the appointment of her nephew as her assistant.

Fifteen days later, documents were leaked to the media concerning the promotion of other relatives of Fatah leaders and PA leaders and prominent Fatah officials and officials to senior positions in the Ministry of Health. They included Mutassim Muhaisin, Wael al-Sheikh and Maha Awad

Wael Al-Sheikh responded that he was promoted to his position having worked at the ministry for 20 years and that he held the rank of General Manager before becoming Deputy Director. Likewise, Maha Awad said she had been working in the ministry long before her brother was appointed.

In June 2020, 11 appointments by decree were announced, 8 of which concerned relatives of PA officials, including Ahmad Saeed Al-Ahmad, a nephew of Azzam Al-Ahmad, a member of the Fatah Central Committee.

The hashtag spread again in October of last year after activists accused Ahmad Abu Huly, member of the PLO Executive Committee of appointing his niece, Aya in a senior position in the Health Ministry in Gaza.

Abdul-Sattar Qassem, a university lecturer who spoke with us before his death last February, said that many of his most gifted students ,who graduated with high grades, were not able to get a job.

“The Palestinian state has become like a private club for a handful of influential families,” he said. “Some students I taught, relatives of PA officials, even got appointed before they graduated.”

The financial crisis that has struck the PA as a result of the pandemic resulted in a salary freeze in most government sectors. But this report shows that family members of Palestinian officials appointed to new government jobs constituted 15% of total appointments over the past 10 years, while in 2020 it reached 25%.

Until October 2020, the GPB advertised only 7 job openings, most of them for temporary contracts, while 11 relatives of public officials were appointed or promoted that year.

The results of the postponed 2020 elections would have coincided with the high school exams, producing graduates who do not stand a chance on the job market. Not because they lack the right grades or competence, but because they lack the right relatives. It is feared the hashtag “Backbones” will remain part of Palestinian culture for years to come. 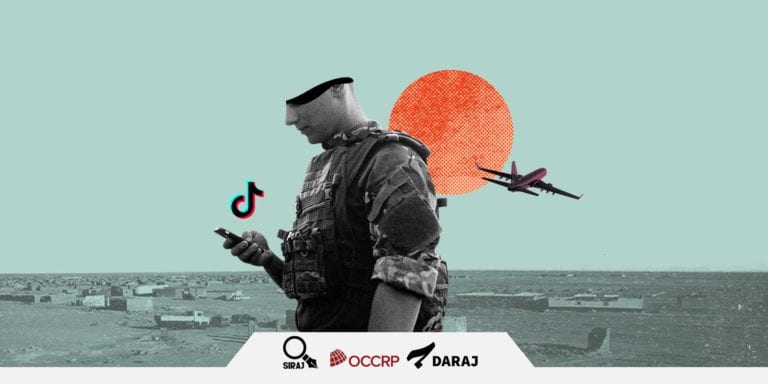