Rabih Eid
Palestinian Activist and Journalist
June 11, 2021
Menu
Sparked by the recent uprising, a popular campaign was launched to raise awareness about the economic exploitation by the settler state. It encourages people to boycott Israeli products and buy Palestinian instead.

Launched at the start of June, ‘Buy From Your Country’ is a campaign initiated by youth activists from various Palestinian cities aimed at strengthening the national economy by boycotting Israeli products and supporting local ones.

The campaign started virtually on several social media sites, but today also includes posters, bazaars and popular markets, as well as cultural activities. These all seek to raise awareness about daily economic practices in the wake of the recent popular uprising, linking them to the colonial reality of Palestine.

The campaign’s publications on Facebook and Instagram convey a philosophy based on decades-long bitter experiences, in which Israel has waged an economic war and looted most of Palestinian property since the 1948 Nakba.

Under the so-called Absentee Property Law, Israel has taken control of anything varying from private homes, lands, shops and banks to public buildings, hospitals and holy sites. In addition, about a million heads of livestock, all sorts of agricultural and industrial equipment, and tens of thousands of books and personal belongings were looted.

The following post was widely shared on social media, as it conveyed vital details about the daily suffering of Palestinians today:

“Israel continues to steal our natural resources, flood us with poverty and unemployment, steal our taxes, deprive us of our rights, and exploit us as a cheap labor force, while striking the infrastructure to prevent us from producing. Israel has destroyed large economic sectors. It has stolen our land and water sources, and deprived us of agriculture. It has strangled Jerusalem, Jaffa, Hebron and all other cities once famous for their industry, cut off trade routes with its military borders and checkpoints, and seized ports.”

The campaign was met with great success. Activists distributed leaflets and spoke with people in the street, convincing hundreds of shop owners to hang the campaign slogan Buy From Your Country in their establishments.

This week, special discounts were announced to support the campaign and encourage people to boycott Israeli and buy Palestinian products and support Palestinian interests instead.

The campaign publishes pictures of Palestinian products on the market daily. Thus the campaign to boycott Israeli products has gained pace, especially in the West Bank.

The campaign began with a debate around the importance of Palestinian organizations, a strong national economy, and the role Palestinian labor plays in the Israeli economy.

“The Israeli construction sector is one of the few sectors in which Palestinian labor can impose itself if it gets organized in a way that transcends fragmentation, since the sector is mainly based on exploiting Palestinian labor,” explains researcher Raya Al-Sanaa.

Looking at the numbers: some 241,000 people currently work in the Israeli construction sector, of whom up to 65,000 are Palestinians from the West Bank and 90,000 are from the post-48 states. Working conditions are often harsh and dangerous, with large differences in wages for Israelis and Palestinians. In 2019, 46 Palestinian workers were killed.

“In 2018, West Bank workers constituted some 66 percent of the construction sector’s contribution of some $35 billion to Israeli GDP,” said Al-Sanaa.

“During the recent general strike on May 18, the sector lost an estimated 130 million shekels ($40 million), due to the many workers who refused to go to work.” Al-Sanea spoke during National Economy Week, as part of the popular bazaar organized by the Haifa Arab Culture Association (HACA), which attracted thousands of people.

According to a statement issued by ACA, “the bazaar has turned into a popular national movement, which shows the extent of people’s thirst and need for activities that combine support for the national economy, with a space for social and cultural encounters.”

On the last day of the National Economy Week, bazaars were organized in dozens of Palestinian cities and towns. It has become a popular kind of political activity, as well as a way for many to express their desire for freedom, especially for those who took to the streets for the sake of Sheikh Jarrah, Al-Aqsa Mosque and Gaza.

Consequently, it seems that the civil movement sparked by the recent popular uprising in Palestine is set to continue in the coming months. 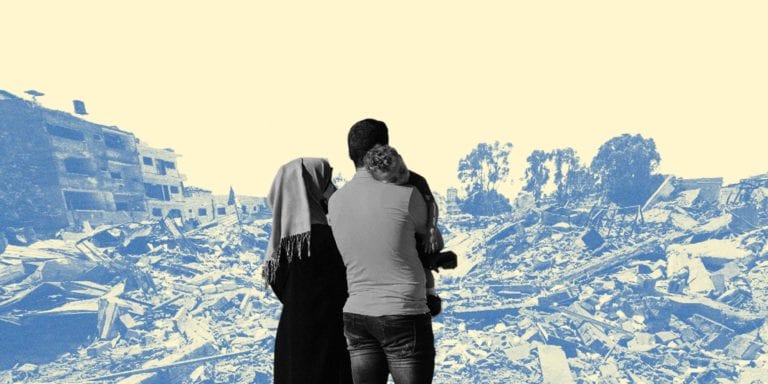