Denmark No Longer a Safe Haven for Syrians 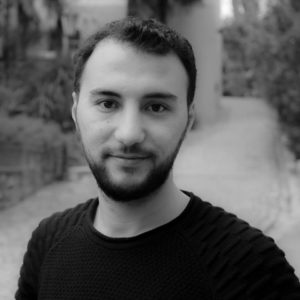 Ahmad Hajj Hamdo
Syrian Journalist
June 8, 2021
Menu
Hundreds of Syrian refugees in Denmark are seeing their residency permits revoked and being threatened to be sent back to “safe” Damascus. According to human rights organizations, Danish policy clearly violates the 1951 Refugee Convention.

Having fled the intensified fighting and deteriorating security situation in Yarmouk Camp in the Syrian capital Damascus, Rehab Al-Qassem arrived in Denmark in 2013 to join her children and family.

Today her life in Denmark is under threat, as the authorities decided to withdraw her residency permit, as well as those of dozens of other refugees from Damascus and the surrounding countryside. The justification? This part of Syria ‘is now safe to return to’.

The Danish decision, the first of its kind in Europe, did not take into account numerous criteria, including the fact that returnees to “safe” Damascus may return to being persecuted by Syrian security forces. Having lived outside Syria for years may raise their suspicions, even if they’d never been persecuted before.

In addition, most “safe” areas in the vicinity of the Syrian capital have been completely destroyed. Most refugees who saw their residence permit withdrawn will not be able to find a place to live, nor proper living conditions.

Take Al Qassem. While she managed to survive and flee the war, her house in Yarmouk Camp was bombed and almost completely destroyed.

For the past few weeks, she and dozens of other Syrians have been protesting in front of the Danish parliament, in an attempt to pressure the authorities to reverse their decision. So far the latter have ignored their sit-in and refused to enter into a discussion with them.

“We tried to hand over a letter on behalf of the protesters, but they refused to receive it,” said Al-Qassem.

“But we still have other steps, we will try to push the government to reverse its decision.”

When Al-Qassem arrived in Denmark in 2013, the authorities granted her political asylum. However, while waiting for a permanent residence permit, her status was changed from “asylum” to “protection” in 2019.

The authorities told her she would be subject to an investigation, “as a routine procedure.” Yet, one month after she was questioned her residence permit was withdrawn on the grounds that Damascus and its surroundings were considered safe. Al-Qassem was furthermore told she should return to help “reconstruct her homeland.”

Al-Qassem appointed a lawyer to appeal the decision, but in vain. The authorities on May 25 notified her of their final decision: she must leave the country within 30 days.

The Danish system does not forcibly deport refugees. However, how they will deal with those who refuse to leave but have been ordered to do so remains unclear.

Sources among ‘old’ refugees in Denmark told Daraj they may be detained in closed camps, notorious for their low quality food infrastructure, health care and ostracisation from society.

When Al-Qassem’s son heard about her residency being revoked, he suffered from a stroke, recovering in the hospital for days.

“It seems to me the decision was made in advance,” says Al-Qassem.

“Because when I did the interview I was not given enough time and space to justify my need to stay in Denmark. I was asked some routine questions about when I arrived in the country and what I do here.”

“It is an insult,” she continued.

“When I arrived in Denmark, they told me that I would enjoy all the rights of a Danish citizen. All my children, and their wives are here, they also work and pay taxes. So why am I subjected to this injustice?”

“For over ten days, from morning till evening, I am in the street opposite the parliament without anyone ever asking me about my demands,” she said, adding that everyone in her family was now fully integrated in Danish society and had learned the language.

“My grandchildren do not even speak Arabic because of their Danish upbringing.”

Basem Salem, a Syrian lawyer specializing in asylum cases, said the Danish decision to withdraw the residency permit of some Syrian refugees is a clear violation of the 1951 Refugee Convention.

Yet, according to him, the Danish government is more likely to withdraw from the treaty than to change its asylum laws to conform to the international agreement.

The decision to revoke residency permits does not stand alone, but is rather a part of a series of measures. This includes the recent change in the Danish Aliens Act to have asylum seekers processed in a third country also. These are all clearly part of a new public policy, which aims to reduce the number of refugees coming to Denmark.

“We are talking about 200 people whose residency has been withdrawn out of some 35,000 Syrians in Denmark,” Salem said.

“If they had not said that they came from a safe area, did not face a problem with the Syrian regime, and that the only thing threatening them is the deteriorating economic situation, Denmark would never dare to withdraw their permit.”

According to Salem, one part of the new policy is to move a refugee whose residence permit has been withdrawn to apply for asylum in another country in the European Union (EU), such as Germany or Sweden, to evaluate the application again.

Salem believes Danish policy may soon be reflected in the policies of other countries, such as the Czech Republic or Bulgaria. However, a final decision will rely on the refugee’s personal account and a review in the courts where the decision to withdraw one’s residence permit can be challenged, whether it be the EU Supreme Court or the European Court of Human Rights.

At the same time, according to Salem, Denmark – like Cyprus – may take steps to open a diplomatic representation in the Syrian capital. If so, it will officially recognize Syria as a safe country and Syrians will no longer be able to apply for asylum.

To illustrate to what extent Denmark is fighting immigration and asylum in the country, Salem pointed at a recently adopted law that sets a limit on the number of non-European foreigners living in one neighborhood.

“The Danish decision to withdraw the residence permit of Syrian refugees violates the 1951 Convention Relating to the Status of Refugees.”

The Danish government in December 2019 issued a report concluding that some Syrian regions had “remarkably improved.” The report was the prelude to reassessing the presence of Syrian refugees on its territory and eventually withdrawing their residency permits.

Ever since, some 600 Syrian refugees had their case reexamined, about a third of whom saw their permits canceled. The authorities furthermore encouraged people to return voluntarily by offering cash sums of 175,000 Danish crowns ($28,662). According to government figures, some 250 Syrian citizens returned as a result.

On June 3, the Danish parliament passed a law allowing the country to transfer asylum seekers to a third country outside of Europe to have their refugee status assessed. The decision was met with fierce criticism from human rights organizations, the European Union and the United Nations.

“The UNHCR strongly opposes efforts that seek to externalize or outsource asylum and international protection obligations to other countries,” the United Nations High Commissioner for Refugees (UNHCR) said in a statement. “Such efforts to evade responsibility run counter to the letter and spirit of the 1951 Refugee Convention, as well as the Global Compact on Refugees where countries agreed to share more equitably the responsibility for refugee protection.”

“Denmark is putting hundreds of refugees at risk of return to Syria, claiming that Damascus and the surrounding region is now safe,” Amnesty International reported.

“Air and ground attacks in some areas may have stopped, but dangers remain, with evidence showing that detentions, disappearances and torture continue. Danish authorities must protect Syrian refugees and reverse any attempt to force them back to Syria.” European Commission spokesperson, Adalbert Jans, made clear that the amendments to Denmark’s so-called Aliens Act may violate European law. Denmark has been an EU member state since 1973.

“The external processing of asylum raises fundamental questions regarding both access to asylum procedures and effective access to protection,” Jans said.

“The EU Charter on Migration and Asylum is based on the right of asylum as a fundamental right in the EU. The Commission will carefully scrutinize the Danish rules pending their entry into force, before taking a decision on any further steps.”