From Kerbala to Jerusalem: Holy Crime and Sacred Corruption

At first sight, there seems no link between the events taking place in Iraq and Palestine, except for the blood being shed and both being part of the wider Levant.

Yet if one looks closer at the intentions of the regimes in this miserable region, one will find more violent connections between the capitals of the crescent of misery and tyranny, stretching from Jerusalem to Baghdad, and from Tehran to Damascus, passing through Beirut, which lies dormant in collapse and even faces the prospect of famine.

Israeli troops fire at worshipers in Al-Aqsa Mosque, and Iraqi death squads backed by Tehran kill activist and journalist Ihab Wazni with a bullet to the head in the (holy) city of Kerbala. Another bullet hit journalist Ahmed Al-Hassan in the city of Najaf Al-Ashraf (the dignified)!

Between Najaf, home to the shrine of Ali, and Jerusalem parallel crimes were committed in the vicinity of the Umayyad Mosque in Damascus, where Syrian President Bashar al-Assad is preparing to hold elections for him to renew his covenant of crime, while not far from him in Beirut resides his friend and ally Michel Aoun, head of the Republic of “holy corruption,” protected by the weapon of resistance, a weapon closely linked to the Iraqi death squads.

The specter of relations between the barrels of the many Levantine guns in play may seem complicated, but at moments as these it is exposed to the fullest extent. And the death it leaves on every stage is very similar.

Take the video, in which the killers of Ihab Wazni in Karbala appear, which has elements one may think belong to the sight of an Israeli settler invading the Sheikh Jarrah neighborhood in Jerusalem. Their faces are exposed. The identitiy of their owners are known to people in both locations.

In Beirut, the corruption that turned bloody with last year’s port explosion also exposed faces and owners. The killers who caused the disaster are known, and they do not hide their faces.

As for the Damascene farce, which culminated in the preparation for presidential elections to see a renewal of Bashar al-Assad in office, in turn, is the story of a blatant crime for which the killer does not look away from the camera.

The resemblance between the crime in Iraq and filmed robbery in the Sheikh Jarrah neighborhood cannot be overlooked.

As for the murderers of journalist Ahmed Abd al-Samad in Basra in the south of Iraq, their names were announced. Yet, instead of hiding from view, they sought refuge in Baghdad, where units of the Popular Mobilization Forces (PMF) protected them, just as the settler, who told the Palestinian woman that if he did not occupy her house someone else would, was protected.

The lack of an urge to punish the criminal in either case is a new stage in committing crime. In between the “holy killing” in Iraq and the “holy weapon” in Beirut, the people of Sheikh Jarrah in Jerusalem are reeling between the brutality of the Israeli crimes and the ambitions of the tyrannical regimes that wish to exploit them.

The Palestinian oppression facilitates them to kill in Karbala, to wreak death and corruption in Beirut, to insult the people of Damascus with comic elections.

It is the same bright bridge, the one that was built in parallel with the war on ISIS. The bridge, the construction of which, required the removal of Mosul, Aleppo, Raqqa and dozens of other cities.

The bridge the builders of which claimed that was about to open borders and reach the frontline with Israel, and for which they needed to set up Bashar al-Assad in Damascus and Michel Aoun in Baabda.

As for Jerusalem, it is not really part of their concerns. As they perceive Israel deliver strike after strike, they “postpone” the response until the crime is completed.

It is just more “urbanized” if one wants to monitor levels of violence as a political practice in this miserable Mashreq. Violence as a “necessary” relationship between regimes that have come to realize there is no way for survival except through more violence, that have come to see war are a guarantee of its continuation, and crime as the only message to address their societies.

Yes, from Kerbala to Jerusalem, this is the scene … 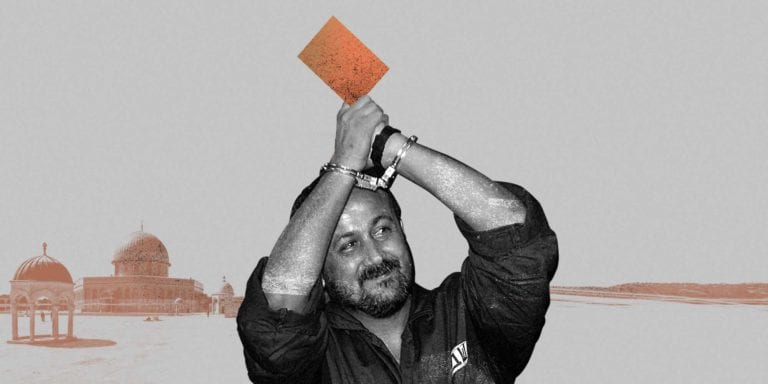