Ann Dismorr – Gisèle Khoury
May 3, 2021
Dedicated journalists and other media staff in Lebanon must be able to carry out their important work keeping the public informed throughout these multiple crises, in an open atmosphere free from repression.

Press freedom is a cornerstone in any democracy, and it is more important now than ever before in Lebanon. As Lebanon is struggling with the pandemic, it is also suffering its most severe economic and financial crisis ever. It has been without a Government for nearly nine months. In addition, the Beirut port explosion last August was one of the biggest ever non-nuclear explosions in the world. The pandemic has demonstrated globally that transparency and access to reliable information is critical, as is countering disinformation.

Throughout these multiple crises, high quality journalism has proven to be indispensable to keep the Lebanese public informed. Journalists in Lebanon have recently done remarkable work to investigate and uncover facts relating to the ammonium nitrate in the port, vaccine nepotism and corruption – to name a few impressive examples. Press freedom has contributed to transparency and laid the groundwork for much needed accountability.

Today, we pay tribute to journalists and media outlets in Lebanon for their important service to democracy. Their work will be as important as ever in the challenging years ahead for Lebanon.

However, freedom of the press is under increased pressure in Lebanon. This needs to be taken seriously.

The cycle of assassinations of journalists, writers and freethinkers has unfortunately not been broken. The horrific recent murder of Lokman Slim is one such example.  It is a significant failure of Lebanon’s authorities not to have brought to justice the murderers of journalists Samir Kassir and Gebran Tuéni.

Online hate campaigns against particularly women journalists have intensified in the last six months, as highlighted by Reporters Without Borders and by the Samir Kassir Foundation.

Vague defamation and slander laws in the penal code can lead to detention of journalists who report on anything that is deemed to “harm national unity” or “contradict public morale,” for instance. Journalists investigating corruption have been prosecuted for defamation.

In addition, journalism and media outlets are under severe financial strain due to the economic crisis, which affects press freedom in a country where much of media ownership is concentrated in the hands of a few political parties and dynasties, who have failed to embrace the digital transition, which requires new market approaches and business models.

Today, we call for action on three fronts to strengthen press freedom in Lebanon during this critical time: First, laws that restrict press freedom, such as the defamation and slander provisions, need to be amended. The draft media law that is being discussed in Parliament should not contain any prison sentences nor provisions that stifle press freedom and ought to be swiftly adopted after consultations with media professionals and representative organizations. Second, the use of excessive force against media workers must cease. Third, all physical attacks on media workers should be investigated and those responsible held to account.

Dedicated journalists and other media staff in Lebanon must be able to carry out their important work keeping the public informed throughout these multiple crises, in an open atmosphere free from repression. Press freedom is still more respected in Lebanon than in most other countries in the region – it deserves to be promoted and protected. 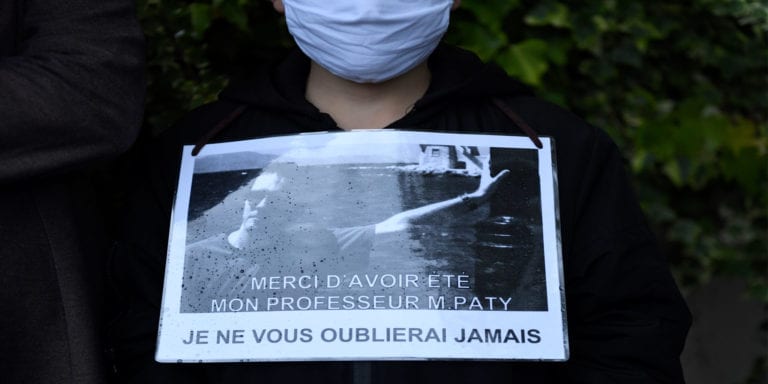