Can Marwan Barghouti return the Palestinian issue to Palestine?

Hazem El Amin
Lebanese Writer and Journalist
April 6, 2021
Menu
INTRO If Barghouti were elected, the president of the Palestinian Authority would be an Israeli prisoner. What else can expose the Palestinian reality to the world? What else can show that the occupation is nothing but a prison?

We will then have to conclude that the President of the Palestinian Authority sits in a prison in Israel. And any political observer will be facing a much clearer Palestinian reality in terms of the tremendous transformations the Hebrew state has undergone since the assassination of Yitzhak Rabin by an extremist Jewish settler in 1995.

The event, the election of Barghouti that is, will be a resumption of the scene of the first Intifada, in terms of purity and opportunities, which were squandered by the massacres and Israeli rejection of peace on the one hand, and the Arab onslaught of Yasser Arafat on the other hand. Not to mention the sluggishness and disintegration of the Palestine Liberation Organization. Then came Hamas, and gone was any hope that may have been left.

The president of the Palestinian Authority is in prison. The equation is flatteringly natural. A fair and persuasive statement. And an opportunity virtually impossible to replace. Its function is to expose the Palestinian truth to the worldIt is more than a duplication of the South African reality when Nelson Mandela sat in a prison of the apartheid regime. The latter was not elected while in prison, but as soon as he left it. The president of the Palestinian Authority was elected while in prison.

The Palestinians determined their president is the man Israel decided to put in prison and by doing so show that the occupation is nothing more than a prison. Nothing surpasses this fact. Only this time they said it through the ballot box, and under the watchful eyes of international observers.

Any Palestinian who seeks to deny the Palestinians this opportunity will be wasteful and complicit with the occupation.

The issue here is not the personality of Barghouti and the disputes and disagreements surrounding him. What is at stake here is a rare opportunity, with which the Palestinian cause can resume a path other than the one that has been leading downhill for decades. A path that will cause a tremendous challenge for Israel, which has been re-electing Benjamin Netanyahu over and over again.

True, it is also a challenge to the rusty Palestinian structures represented by the authorities in Ramallah and Gaza. Yet it really is an opportunity worth being fought, especially in the light of the current, seemingly insurmountable, prospects for peace, and Netanyahu’s insatiable greed for Jerusalem and the West Bank, which these days comes with a very different kind of right-wing occupation.

Anyone who sees the electoral lists prepared by the Palestinian parties will double despair. Seeing the emptiness and nonsense on both sides of the divide, one will realize that there is no horizon, no breakthrough, unless the Palestinians decide upon Barghouti at the head of the authority.

True, salvation is no guarantee. But it will at least offer a horizon of hope and a possibility of a different path facing the terrible blockades the territories are facing today. The other accept the hostage position in trade for crumbs.

Mohamed Dahlan, if he wins, aspires to celebrate and employ his victory in the bazaars of the Gulf states, which have slipped into the “deal of the century” and recognized Jerusalem as capital of Israel.

Hamas will present its victory to Iran, which will employ it in the capitals of the Shiite Crescent and its wars in Lebanon, Syria, Iraq and Yemen.

Between Dahlan and Hamas, there is Fatah, saggy and corrupt, like an old woman who refuses to pass on her heritage to any of children who seek a different path.

Son of the Intifada

Barghouti’s election is an opportunity to return the Palestinian cause to Palestine. This is not a new idea. It was born during the first Intifada. At that time, the Arabs turned away from “their” Palestine and created an opportunity for the Palestinians to confront the occupier without the masks of tyrants.

Barghouti is a son of this uprising. On top of that, he is an intensification of the image of the Palestinian who lives behind bars in an Israeli prison, and he does not represent anyone other than the occupied Palestinian he has been since birth.

Barghouti comes without a contested or controversial Fatah past. And he is a leader unlike any of the leaders among his rivals. Although some of the elements of leadership and charisma were attributed to him by observers left and right, he is and remains the undisputed face of Fatah.

Israel today is not in a position to bear and digest such an event. Today, we live vis-à-vis an Israel very different from the founding state. Israel has changed. And this makes the task of delivering Barghouti all the more urgent.

Israel has also changed because we have changed. Our ability to “play” with Israel is virtually non-existent. With Barghouti as president, we pose upon its leadership and society a peace challenge they cannot tolerate.

It will force Israel to reflect upon itself and realize its partners in war and peace are not the princes of the oil wells, who have offered tourist peace at the expense of truth, nor those fortified with a religious mandate who relish false wars to rule their people.

The victim will have an opportunity to uncover the shame surrounding his case. Anyone who does not see this as a worthy opportunity is a traitor.

For it would be a matter of betrayal to squander this last opportunity born out of the fact that there is a Palestinian citizen imprisoned in Israel, who wants to become president. 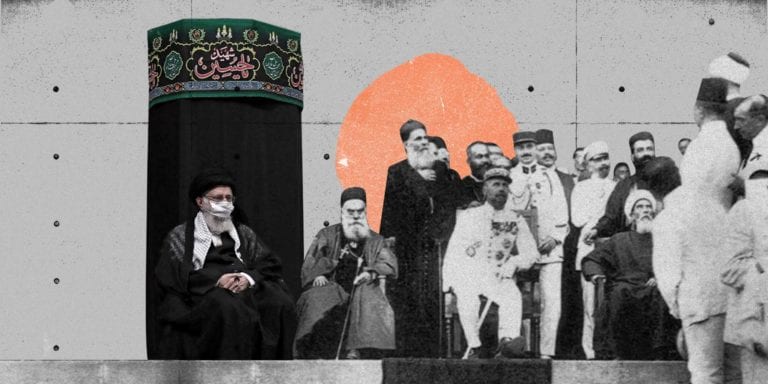