Syria: New Generations of Robbery and Corruption within the Assad Family

When Bashar al-Assad came to power in 2000, it was rumored that the young president, along with his brother Maher, would limit the influence of their cousins who had become notorious during the reign of “father Hafez” for providing security, and acquiring great financial power in the coastal region that once gave birth to the “lion” family.

During the 1980s and 90s, especially the sons of Hafez’ younger brother Jamil al-Assad, attained a true mafia role. Thuggery, assaults and smuggling became common ground, thereby taking full advantage of the power of the ruling family. The corruption was there for all to see.

Jamil’s sons Fawaz and Mundhir, as well Hilal, a grandson of Hafez’ older half-brother Ahmed, became known as the founders of the “tasbih” economy, which grew enormously during Hafez’ presidency and became a distinct base of his power outside the official institutions.

However, contrary to the rumors, with the arrival of Bashar as president the family’s smuggling and corruption business did not change. Rather, younger Assad generations got in on the game, acquiring great wealth in real estate and protecting stores from paying state taxes.

Since 2014, a new generation of the Assad family has arrived. Cousins, and whoever in the family reaches the age of seventeen, form small militias and go out onto the streets, relying on the power and knowhow of the family.

Even before the start of the 2011 revolution, the people on the coast, where the Alawite weight of rule of the Assad family long prevailed, grew increasingly averse to the brutality and corrupt practices of the president’s cousins and other relatives.

However, this aversion turned into sympathy once the cousins ​​led the distribution of weapons in the Alawite areas under the often repeated pretext of protection from “terrorists” and “saboteurs.”

The cousins ​​exploited this local sympathy to get closer to the Alawites in general. The process of arming and distributing aid continued for quite a while, especially as the revolution transformed into an all-out war and battles intensified.

However, the scale of international interventions and the overall change of conflict gradually marginalized the cousins, especially following the killing of Bashar’s cousin, military commander Hilal al-Assad, by militants in 2014. 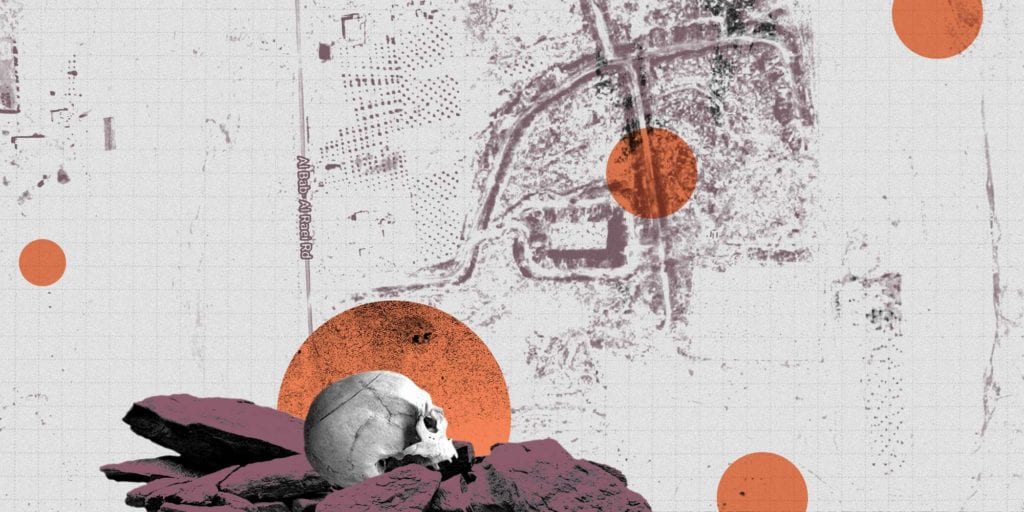 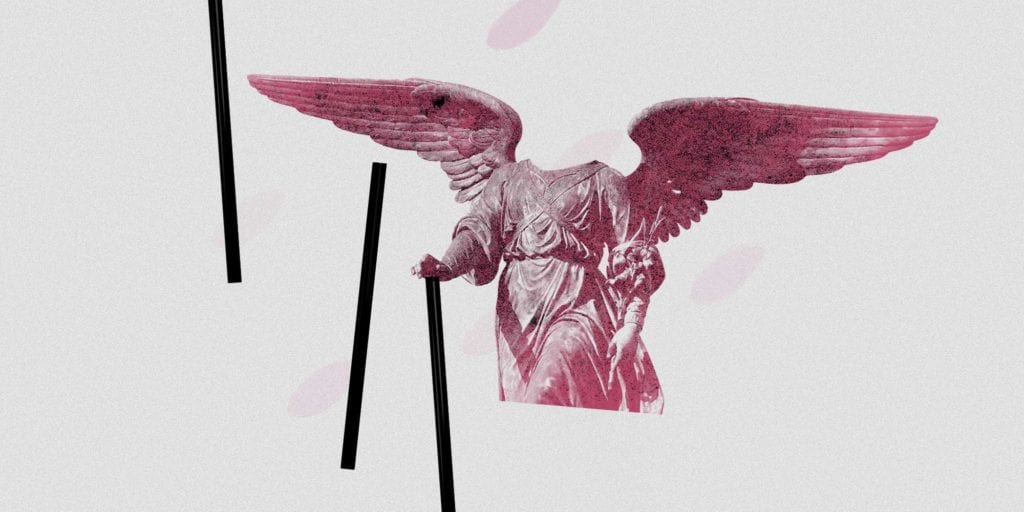 Bashar at the time did not visit the family to offer condolences, which created a conflict within the wider family culminating in the interrogation of Munther and Duraid Rifat al-Assad in Damascus.

All of the above resulted in a change of approach. The Assad family consists of many generations. The grandchildren have grown up. So who are the Assads controlling the coast today?

Following in his father Munther’s footsteps in smuggling, robbery and kidnapping, Hafez Munther al-Assad opened a new chapter in the illicit family business. He controls the trade in bananas from Lebanon, as well as pineapples and avocados.

We met with a group of tropical fruit traders who had been arrested and tortured by the Assad militia to prevent them from importing bananas. Since 2017, Hafez Munther has controlled the Somali banana trade in particular. According to dealers in the coastal cardamom market, bananas are banned from being sold without Hafez Munther setting the daily price for them.

We met one banana merchant who had been kidnapped for two weeks for breaking the rules. Hafez Munther attacked his shop in broad daylight and took him away in shackles.

Today, the banana trade is shared with the leading figures of the army’s 4th Division led by Bashar al Assad’s brother Maher. This group of officers is gradually expanding business and trying to take control over the smuggling routes from Lebanon.

For this reason, the 4th Division on June 5, 2019, targeted the area controlled by Hafez Munther in the Latakia port. Through it he mainly imports used European clothing. He became the sole importer, after imprisoning all European clothing merchants.

The entire market for European clothing on the coast falls under Hafez Munther. Neither the Syrian supply committees nor the customs office dare to enter a European clothing store, because all of them in one way or another, are affiliated with him.

And his business has steadily grown, as his link to Lebanese smuggling has given him enormous economic power. Every Lebanese product that enters Syria, and every product Lebanon imports to send to Syria, is subject to his authority.

However, in 2020 there was a growing hostility against Hafez Munther from the regime, especially from the 4th Division.

Maher al-Assad closed Hafez Munther’s area in the port of Latakia, and forced him to pay for what is known as the “escort process,” which refers to system of non-institutional taxes organized by the 4th Division. Contraband traffickers need to pay taxes at the 4th Division checkpoints. Freight transporters need to pay a certain amount per truck.

This is how the 4th Division entered into conflict with the smuggling network supervised by Hafez Munther. The 4th Division did not discourage him from smuggling, but rather encouraged him to divide the spills in one form or another.

Bashar Talal Al-Assad has opened another line of business for the Assad family. His career started with kidnapping and imposing royalties on merchants. He also sells hashish and is known for his cruelty and sadism.

At a young age, he established the Harith Militia, which never witnessed any combat operations. Rather, it was content with terrorizing young men, especially Alawites, in the countryside around Jableh and Qardaha. Bashar Talal’s royalties are direct and smart, as he takes and pays no one.

This is common behavior among the sons and uncles of the Assad family. “They want desks and furniture for their homes but they only pay once or twice,” said a well-known designer we met. Bashar Talal from time to time builds new palaces and homes, yet is known for not paying the workers.

Bashar Talal’s experience in archaeological excavations even extends to some opposition-held areas. Various parties cooperate in the antiquities trade, but all pass through the sons of the Assad family. The Syrian authorities largely ignore antiquities, and the trade therein is not subject to any control.

Bashar Talal is prevented from entering Latakia due to a conflict with Baath Party members who criticize his behavior in the countryside of Qardaha, especially when a few years ago he threatened to blow up Hafez al-Assad’s. Military forces traveled all the way from Damascus to Qardaha, yet did not arrest him.

Merchants either pay a commission or open a shop in his name. He, in turn, supports them with goods. Bashar Talal is famous for smuggling goods from Turkey. And that is one of his greatest sins in the eyes of the regime, which confiscates Turkish goods and imposes heavy fines when found. But Bashar Talal’s warehouses are filled with them and he distributes them without fear .

In fact, Bashar challenges the entire system without fear. He has severely and openly criticized Bashar al-Assad and his brother Maher. He even criticized the president in front of his own people in Qardaha.

He dropped the image of the president in front of numerous Alawites at the same time as he threatened to blow up the Hafez al Assad mausoleum.

Ironically, Bashar Talal’s older brother, who is considered one of the worst Shabiha killers, had to mediate and control him not to blow up the shrine.

This was reported by the head of the security committee of the Arab Socialist Ba’ath Party for one of the rural sectors of Lattakia. In the city the episode has become known as “the intervention of the wise men.”

The Russians have tried to intervene in the family dispute by pushing for the Syrian army to seize missiles and other heavy weapons owned by Bashar Talal. Instead he began to manufacture his own rockets to challenge the regime if ever it tried to arrest him.

Fierce and comical at the same time, Ibn Fawaz Al-Assad was one of the most terrifying characters on the Syrian coast. His businesses specialized in smuggling and renting out cars. He reportedly led the largest smuggling operation between Lebanon and Syria.

He collected a fortune estimated to be worth billions, which he partly invested in real estate. He also owns the Hydra gas station. Fawaz is famous for having lit up the Lattakia sky with bullets once he obtained his first million.

With the death of Fawaz in 2015, his son Haydara took over the business, which also includes renting out real estate and “protecting” stores. Haydara protects hundreds of stores from state control and paying taxes. Along with his gunmen he once even attacked the Supply and Customs Committees, when they tried to approach some of “his” stores.

A coffee seller from Aleppo working in Lattakia told us he pays Haydara a monthly sum in order not to pay for water and electricity. In this way, he can still operate at competitive prices.

Haydara achieved a tremendous commercial success when he recently opened the Bravo chain of stores. With their abundance and variety of many foreign goods, they are like small malls.

The people of Latakia call the chain “Little Beirut,” as it offers all kinds of foreign cheeses, drinks and chocolates that are usually only found in Lebanon, as their import is prohibited. The Syrian regime has established a list of goods permitted to be imported from which it removed all “luxuries”.

However, Haidara through his smuggling routes, made Bravo a European arena with prices that can compete with any other store selling smuggled goods.

In conjunction with the opening of the chain’s third branch, customs committees from Damascus held accountable all stores with smuggled goods, except Bravo.

Meanwhile, dozens of traditional stores have closed in Latakia, including the ones selling alcoholic beverages and other goods obtained from the Assad family, or paying royalties to be able to sell smuggled items. This has sparked a war between the cousins.

Note that the wider Assad family is responsible for all smuggled materials in Syria, yet the regime punishes any military or security official who tries to protect stores that sell smuggled goods.

In short, it seems the system has allowed partial trade routes for Assad family members in regards to all goods that enter by smuggling. The cousins take ​​care of business and pay royalties to one specific individual and partner in profit: Maher al-Assad. 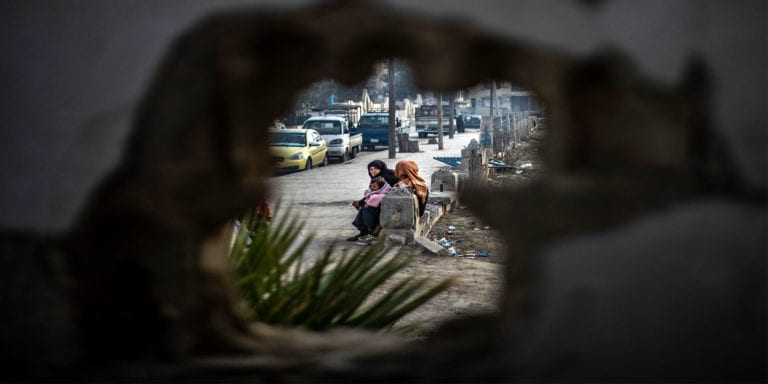