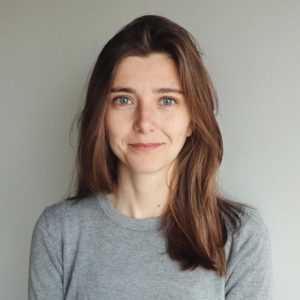 Lynn Kseibi – Syrian Journalist
Lebanese Journalist
April 2, 2021
Menu
Despite the efforts done to help make education accessible for the Syrian refugees, there is still a long way to go.

Bekaa, Lebanon – This 48 years-old father has recently taken it upon himself to learn English alongside his children. To do so, he has taught himself how to install a translator application and uses it to help them solve their English homework.

“People tell me I am too old to learn now but I disagree.” said Mahroos with a beaming smile that deepens his dimples. “Now that I was given the opportunity to learn again through my children’s online classes, I want to grasp it.”

Ask the camp’s residents about Mahroos, and they will recommend him if you need assistance in reading or writing.

Originally from Syria’s northwestern city of Idlib, Mahroos was born in 1973. He withdrew from school after the 9th grade to work to support his family.

As the war in Syria spilled into Idlib, Mahroos had to seek refuge in Lebanon in 2015. “Why do it? My experience in life has taught me to see things on the long-term. When the war broke out in Syria, migrating to Lebanon as a refugee opened my eyes to the importance of language in securing a solid job. If I knew how to speak English well, I would have been able to get a better job and support my family,” Mahroos explained.

He sees education as a successful investment for his children’s future in the long run, claiming that those who seek it despite their abject circumstances are heroes. He added, Syrians should prioritize education and stand up for themselves. “The situation in Syria isn’t safe. I don’t know when we will be back but until then, I want them to stand up for themselves wherever they go.

Lebanon hosts around 1.5 million refugees – the country with the most refugees per capita in the world. However, the country has been sliding into an unprecedented economic crisis, the worst in modern history, since the outbreak of anti-government protests in August 2019.

Exacerbated by the pandemic, the crumbling banking system has caused the inflation rate to surge to over 80%, eating up depositors’ savings, bankrupting businesses and drying up government services, and inciting protests all over Lebanon. More reports are warning of a famine awaiting the country at a time when 65% of its population are no longer able to bring food to their tables.

The education sector suffered within this crisis as well, as the pandemic forced many schools and education-related NGOs to permanently shut their doors, leaving thousands of school-aged children with no or limited access to education. After the first nationwide lockdown was enforced in March 2020, NGOs were prompted into a race against the engulfing monster that is the country’s economic crisis to save the remaining 35% of Lebanon’s school-aged refugees from being forced into the job market as a result of a weakened support system.

To that end, Sawa for Development and Aid (SAWA) became the first NGO to formulate and implement a hybrid approach for remote learning in April 2020, consisting of video lessons created by the teachers, sent to a device in the household, paired with handouts for subjects such as Arabic, English, Science and Math, in addition to COVID-19 awareness material.

“The handouts were very crucial for raising awareness among the refugee community (children and parents) about COVID-19 and its prevention methods,” said Mohamad, 32, the Development and Learning Officer at SAWA. “They continue to provide children with education despite the difficult circumstances, protecting them from transmission [of the virus]”.

With the Major Shift to Remote Learning This Year, the Change is Also Felt Among Parents.

After Mahroos returns from work, he sits with his four children to help them with their homework, one of which is Raghad, a 13 year old student. “When my kids used to go to school, I had no idea what they were learning,” he answered when asked about his children’s experience with remote learning. “Now, with handouts being distributed to us, not only my children are learning but so am I.”

Homeschooling has placed heavy responsibilities on parents. When attending in-person classes led by a teacher, students were free to ask questions throughout the day and seek further examples, but now students are relying on their parents more for academic support. For some refugee parents like Mahroos, online education through their children is a great opportunity to acquire new knowledge and learn new skills.

“My English is weak,” Mahroos said. So he taught himself how to use the translator to be able to learn alongside his children. “I am refreshing my knowledge and improving my English skills. My wife and I are more excited for the handouts than our kids. We sometimes joke with the teachers about getting me and my wife handouts ourselves along with the kids” Mahroos laughs.

Unfortunately Mahroos’ case is a special one in that he is still employed. Life in general in Lebanon has become so harsh that his emphasis on education often feels like a statement that borders on the ludicrous. Today, it is impossible to prioritize education, taking into account the economic situation that continues to spiral out of control.

Overlapping crises continue to drain the resiliency of Syrian refugees throughout Lebanon as insurmountable obstacles are preventing them from seeing a way forward. Though Mahroos struggles too, he refuses to withdraw his children from education – as many of his neighbors have done.

“So let the pandemic last for another five years, what will I answer my children when they grow up and ask about their education?” 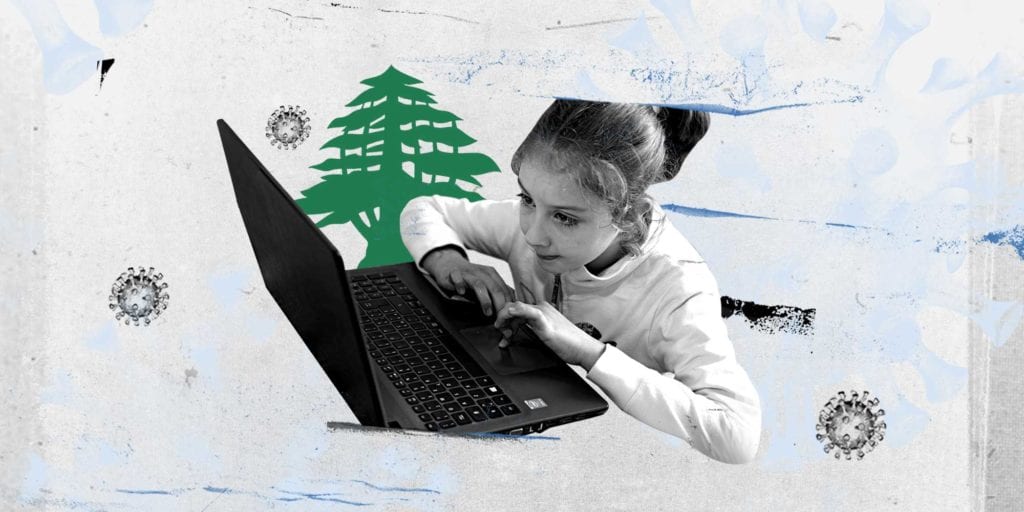 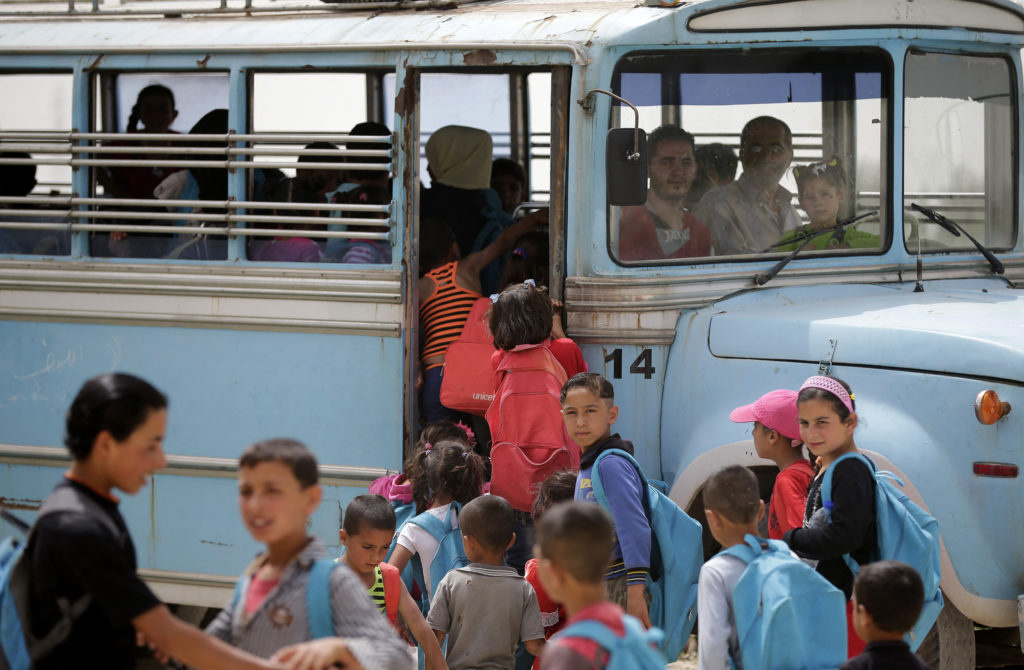 The camp’s poor infrastructure, weak internet connection, and irregular power cuts hinders students’ adequate access to online learning where “a 30-second voice message from the teacher needs 30 minutes to load on WhatsApp.”Doing their homework at night when the internet consumption drops is sometimes their only solution.

Another challenge is the lack of phones among refugee families, which hinders the online material from NGOs from reaching students. The majority of the refugee population has one phone per family which is usually kept with a parent, especially if they are working. Mahroos is one of three families in his camp who own two phones. He takes one with him for work, while his children use the second phone to attend their online classes. He further explained that the phone used for remote learning is so old that it repeatedly lags, and that he had to change its battery four times just to maintain it.

The fundamental issue that prevents families from accessing education is the economic instability. It remains that under such stress, families resort to negative coping strategies, such as withdrawing children from school or reducing their number of meals. In more urgent cases, school aged children become involved in income generating activities or are encouraged into early marriage.

“Continuous crises have created in the refugee community different and varied needs that cannot be secured by education alone and that stands in the way of education and threaten the rights and protection of children” said Mohamad.

Mohamad brings up one instance they came across in May 2020 that illustrates the effects of these challenges on students.

Upon compiling data from the handouts collected from students, Mohammad noticed that there was a decline in participation from some students. Even before adopting a remote modality, the team would follow up on prolonged absences and dropouts to check in with them and see what could be done. This routine continued over the last year, conditions permitting, and so they visited the home of two brothers who had not been completing their worksheets. It was discovered that the family was struggling to keep up with expenses and, fearing eviction with nowhere else to turn, the two students had been working, selling juice from the roadside in order to help the household.

Despite the efforts done to help make education accessible for the Syrian refugees, there is still a long way to go. Mahroos, along with many other families, persist with education, making them advocates for their children’s future as well as their own, despite the challenges that lay before them. 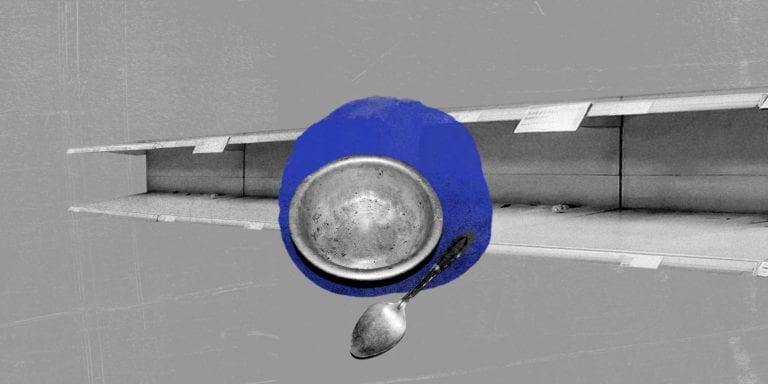