Syrian Photographer Mohammed Badra: Crossing the Sirat with a Camera in Hand 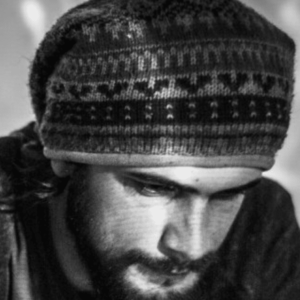 Bunasser Al-Taffar – Lebanese writer and rapper
March 9, 2021
Menu
The son of Douma, who lived through the tragedies and atrocities of the siege, found in his camera a tongue to speak with after terror had taken away his voice.

“Sirat” in Arabic means a straight path, free of felony, and ups and downs. In religious terms, it is a bridge thinner than a hair and sharper than a sword above the eternal fires of hell. Cross the bridge and one enters heaven.

Some traverse it like lightning, or gallop over it, while others crawl or may encounter difficulties yet eventually find relief. Again others slip, and fall into the pits of hell.

One thing is certain: anyone born in our miserable Syrian homeland will be experienced enough to deal with the sirat on the Day of Resurrection. With every step we take in our country, there is a chance of falling and burning. And with every breath we take there is sense of survival and resurrection.

Mohammed Badra is one of the millions of Syrians who was forced to take the crossing, yet unlike so many others, he never fell. He always managed to keep his balance by holding a camera in hand.

The son of Douma lived through siege and atrocities and found in his camera a way to express himself. After his architecture study in Damascus was cruelly interrupted in 2013, he returned to his hometown despite the precarious security situation and many arbitrary arrests.

He began to search for signs of human dignity to cling on to in order to save him from the state of savagery surrounding him. At first, he worked as a rescuer, even though deep down he knew it was not a job for him.

He was well aware that being a paramedic came with great responsibility, whereby the smallest of wrong decisions might turn into a matter of life or death. There was no room to improvise or think outside the box, as getting out of the box could kill someone.

Then one day, out of nowhere, he rescued himself by picking up a camera and, for the first time, he was able to see the box from the outside, and capture it.

Thus Badra became one of the children of the “rock generation” that took one hit after another until its soul spoke and created art. In Badra’s images, there is a mixture of craftsmanship, sincerity, and an awareness of the smallest human details in the story that starts and ends in the same split second Badra presses the button. It is a story words fail to tell. So the light does so instead.

The first photos Badra took in the emergency hospital and field medical center caught the attention of the international press agencies. He did not cheaply capture corpses and body parts, did not point his lens in the usual angles, and did not prioritize optimal lighting, while his photography benefited from his knowledge of the art of architecture. “White balance” and “framing” were instinctive to him.

Besides, what can a person add to the truth? Exaggerating a truth is lying. Reason why Badra lens mostly focused on the simple story. In every picture a new life begins and another ends. In every picture, we have war and terror and ordinary lives.

The camera takes us inside the frame. We feel that it is our wounds that are bleeding, that it is our cry that is muffled. Badra’s images are a link between those literally hit by the bombs in their hearts and us who metaphorically hit.

Yet, despite the above, Badra rejects the expression: “The camera is a weapon.” To him, it a faded, linguistic ornament with no value. Apart from his belief in peaceful nonviolent struggle, he seriously asks himself how on earth someone will defend oneself and one’s family with a camera against a bomb.

Would spreading the truth help? But the truth was spread and the whole world saw, protested, showed solidarity, and cried in front of candles. “And now what?”

All the romanticism and supposed sacredness of a photographer’s work fails and its value drops, if not coupled with active community work, each from his own position, to try achieve a flicker of justice in this miserable world.

Badra avoids comparisons between Syria and France, between homeland and exile, between people of Douma and people of Paris. A bomb-free day in Douma is close to a normal day in Paris.

Badra arrived in Turkey in 2018 after a long journey and a terrible experience. He gave up photography for several months. He needed to catch his breath and recover, both physically and mentally. Beautiful Istanbul re-awakened his passion for architecture, and introduced him to the “outside world,” in which people live without sieges and bombings.

He continued his journey, which in April 2020 led him to France, where he began working for the European Pressphoto Agency (EPA), this time as a photographer based in Paris.

Badra avoids comparisons between Syria and France, between homeland and exile, between people of Douma and people of Paris. A bomb-free day in Douma is close to a normal day in Paris. Circumstances ultimately make people.

And there is no rational principle for comparing when people are isolated from the circumstances and values ​​in two very different places. The same person under a bombardment is very different from a person in peace. Yet sadness, joy, fear and love are universal features that do not differ between people. A person’s joy in surviving a raid is similar to his happiness when swimming in the Seine. Just look at the laugh on his face.

The most important change, which occurred in France, was in the nature of the work itself and his identity as a photographer. He was no longer the only field photographer, the “outside world” was awaiting and applauding no matter what he offered.

His pictures were no longer evidence of survival, as when he lifted his foot from the homemade mine without exploding. He now stands among hundreds of photographers in the same place photographing the same event, identifying with them until the point of melting. And here lies the challenge. He lost, in Paris, the shield of injustice that the outside world put on his work in Syria.

Experience, ingenuity, sophistication, mastery and deep knowledge of the concept of photography became the basis for continuity and achievement. He experienced teamwork when he was covering a leftwing protest in Paris, while his colleague was covering the opposite rightwing protest, and all this without being afraid of any bomb that could hit from the other side.

Badra, the photographer in Paris, took on a deeper journey into the history, thought and philosophy of photography, and began to read in the images, that we thought he had the answers to, a huge number of motivating questions.

Based on the above, the name Mohammed Badra has emerged on a global level. And his photos have appeared on the covers of some of the most important international publications, such as Time Magazine, which named him 2016 Photographer of the Year 2016 for “working day and night in a historic job to document the conflict, facing all risks with commitment and skill.”

That same year, he was named Best Young Photographer in the World at the Bayeux Calvados-Normandy War Correspondents’ Awards. He also won 3rd prize at the UNICEF Photo of the Year 2016 contest.

His photos continue to be successful. In 2018 he won the award for best news photo at the iPhone Photography Awards with an image of Douma residents gathering in the rubble during Ramadan. In 2019, he ranked second in the WordPress Photo Contest with a photograph that was chosen as one of the six best of the year.

But Badra does not really like to spell out his achievements, stressing that collecting awards does not necessarily mean success, and not collecting them does not mean failure either. His biggest award was that he was never arrested and left Syria on his two feet despite everything he went through and witnessed. His most important achievement is that he has not lost his way … till now.

“Today everything exists to end in a photograph,” American thinker Susan Sontag famously wrote. And what has happened in Syria is no exception, of course. The only exception in this context are the moments Mohammed Badra captured, saved, and put in front of us as photographs, which we look at once, and which look back at us for the rest of our lives. 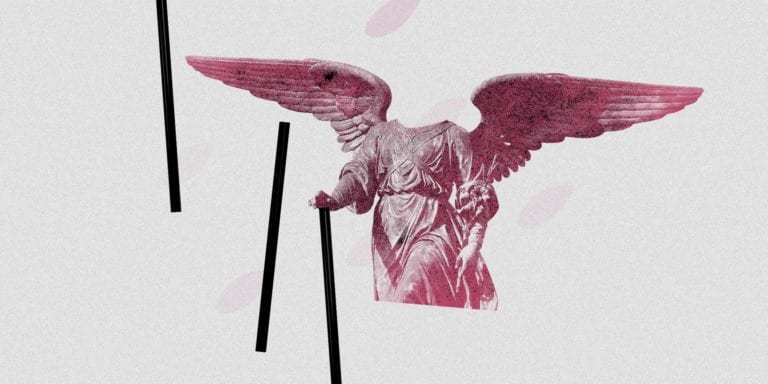