Egypt: A Thousand Eyes are Watching Any Woman Living Alone 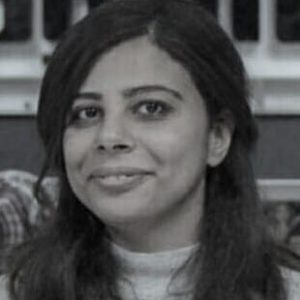 Marwa Alsawwaf
Egyptian Journalist
March 14, 2021
Menu
The recent killing of a young female doctor in Cairo was no incident. It was an extreme yet logical consequence of a Stasi-like system of 1,000 eyes, in which doormen and neighbors serve as moral watchdogs over any woman who dares living alone.

Within hours after the crime social media overflowed with stories of women being pursued on the streets and into their homes. The hashtag #I_live_alone documented testimonies that revealed the authority of Egyptian doormen and concierges as “moral guardians.” They are at the extended hand of parents, neighbors and society exercising their authority over any girl living alone.

On March 14, the Dar Al-Salaam area in Cairo witnessed a horrific murder, which took place less than an hour after the building’s doorman rushed to the apartment’s owner to tell him that his young female tenant was hosting a man.

Reason enough for the owner, the doorman and two others to break down the door and beat the girl, before throwing her from the balcony. She had cried for help but not one neighbor came. Ironically, her executioners were supposed to be her saviors in times of danger.

The media echoed that the victim was dead “while clothed,” an attempt to suggest she was not practicing anything indecent before she was killed.

The victim’s brother later stated that his sister had a disagreement with the owner, and that the accused had taken advantage of the presence of a plumber to create a moral scandal that resulted in her killing.

The crime spread panic among thousands of girls and women living alone who face constant threats and violations. For the killing in Dar Al-Salaam may appear to be just an incident with absurd motives. Yet, in Egyptian reality the crime has complete logic.

It is a nightmarish living creature that is messing with women’s destinies and lives. Patriarchy is the creature’s body. Ethical authority is the beast’s mind, be it religion, law or honor. And its tyrannical hands are the doorman and the neighbors, who are spying, interfering, attacking and, at times, killing.

Zeina too has lived in a state of heightened anxiety since the murder in Dar Al-Salaam. She has lived with her foreign boyfriend in Zamalek for three years. Due to the Coronavirus, their economic situation was negatively affected which led them to look for an apartment elsewhere.

“I feel this eternal torment will only end when I die,” said a friend who experienced the fury of doorman and neighbors. “I really cannot believe we escaped death by this much.”

“Duaa” lived a night in hell when the doorman and a group of “helpers” tried to break into her boyfriend’s house in Alexandria when she was visiting him.

“They banged on the door,” she said. “My boyfriend tried to reason with them but they were determined to get to me.”

After the landlord pushed them out, they kept knocking on the windows. The boyfriend had to call his mother to tell the doorman that she knows about his girlfriend’s presence and that he should leave them alone. And still he refused.

“I was scared,” Duaa said. “I hid in the house till five in the morning and then sneaked out.”

“Huda” is a dentist. She was living with a group of girls in Mansoura City, when the city went into lockdown due to the coronavirus. “I hosted my fiancé when we had been engaged for two weeks,” she told Daraj.

“There was nothing to do during the pandemic. A worker at a sweet factory noticed him going up and followed him to the apartment. He knocked on the door and said he saw a man going to my apartment. If the factory owners noticed, he said, there would be problems.”

Huda was with her sister and several female friends and tried to explain that there was a misunderstanding. Yet, the worker asked to talk alone to her fiancé. “When I walked in on them, I found the worker demanding my fiancé to give him his money and mobile phone. I screamed and told my fiancé to run.”

But then the worker screamed that the runner was a thief. Some passersby caught him and starting beating him, until Huda explained he was her fiancé and that the worker tried to rob them. One “moral guardian” decided to interfere.

“I saw you walking with him with his hand on your shoulder,” he said. “You are a stranger here. You should keep a low profile.” Huda went to the police but her complaint was not taken seriously. “Since this incident, I am trying to leave the country.”

The hashtag #I_live_alone documented testimonies that revealed the authority of Egyptian doormen and concierges as “moral guardians.” They are at the extended hand of parents, neighbors and society exercising their authority over any girl living alone.

Iman was not spared her neighbors’ harassment after she separated from her husband and rented a house with her young son:

“They were bothered because I once hosted some guests in my house, both men and women,” she said. “Later, when a male friend came to buy a piece of furniture from my place, they blocked his way. They did not accept the reason of the visit.”

Iman, who lives in Giza Square, had to defend herself and insisted she was right, which made one neighbor call her ex-husband to inform him that she was “hosting men in the house.”

One male neighbor even installed a surveillance camera in front of her apartment to secure “the building’s honor.” 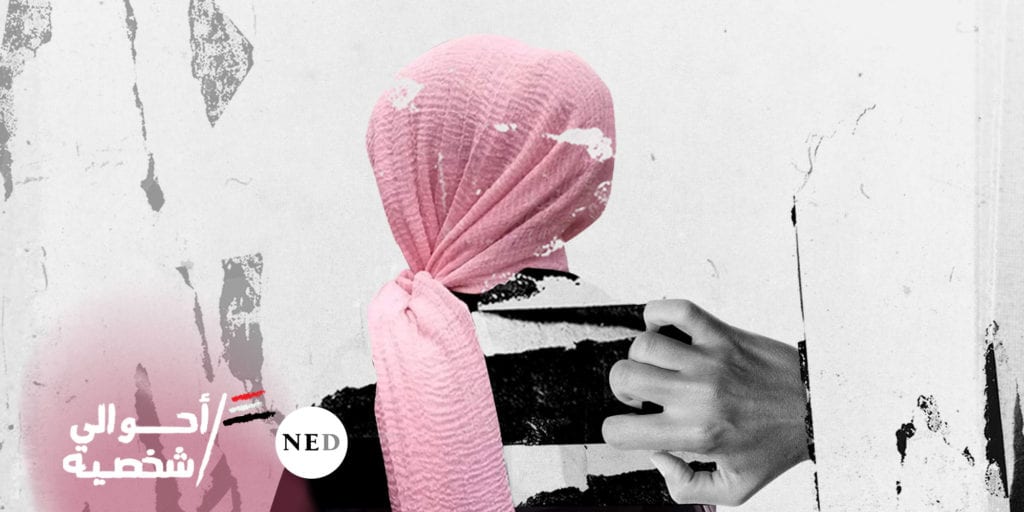 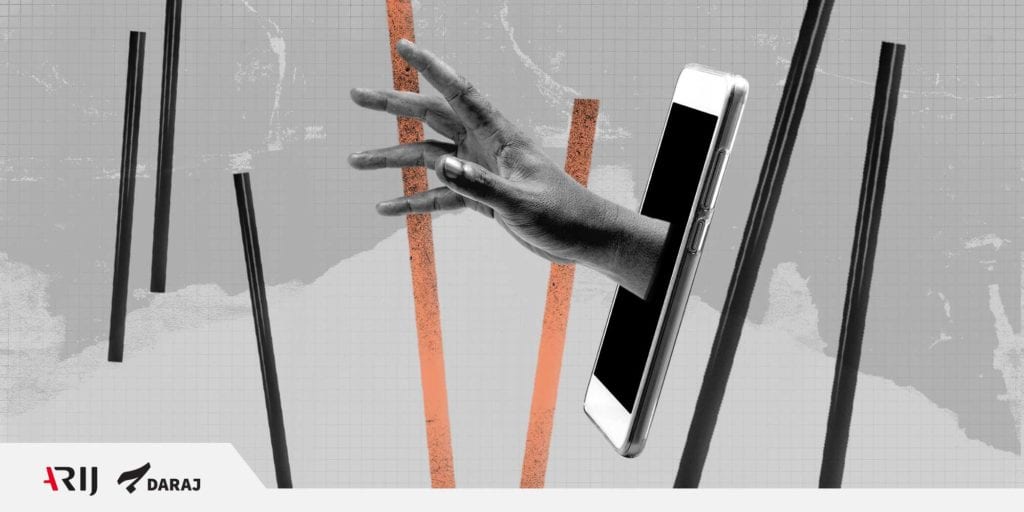 Samar had a similar experience. The 27-year-old came to Cairo from Alexandria to work, but at first could not rent an apartment, unless she took her father with her. At her first day in the apartment, the landlord told her that the previous female tenant was evicted because she had hosted a young man the neighbors had seen through the window

“I didn’t feel safe, even though I wasn’t hosting men, but I felt constantly watched,” said Samer who is lesbian. Adding: “I used to host my girlfriends all the time. They are girls and do not raise suspicion. Still, I was afraid of opening the windows in my house.”

“Behind every window lies a thousand open eyes/ you and I are walking my sad love/ if we stick together we die stoned/ and if we split we die in sorrow,” Egyptian poet Salah Jahin wrote. Alia, who lives with her mother, received her boyfriend to help her move some things.

“Our female neighbor is always watching us because we are women who live without a man,” Alia said. “I used to consider her as just being curious and looking for some entertainment. But when she called my mother to inform her know there was a man in the house, I realized she was harmful.”

Alia’s mother knew about the visit, which embarrassed the female neighbor.

“I felt violated,” said Alia. “What if my mother didn’t know? She would have caused a huge misunderstanding. I started hating the house and the building. Sometimes, I woke up with the feeling that, if my mother died, they would break in the house, even though we own it.”

Zeina too has lived in a state of heightened anxiety since the murder in Dar Al-Salaam. She has lived with her foreign boyfriend in Zamalek for three years. Due to the Coronavirus, their economic situation was negatively affected which led them to look for an apartment elsewhere.

The search was hard for her, as she was subjected to the stigmatizing stares of doormen and landlords. The day after the crime, Zeina gave her boyfriend two options: either they would get married or he would find another job that would allow them to stay in Zamalek.

“We are in a difficult situation,” Zeina said. “We do not want to get married, not this way, but I am terrified and he is shocked. We didn’t know my life could be in danger.”

Nada Nashaat is a lawyer and advocacy coordinator at the Center for Egyptian Women’s Legal Assistance (CEWLA).

“Regarding the murder of the girl in Dar Al-Salaam, article 17 of the penal code will be used,” she said. “This gives the judge the right to be merciful and lower the sentence by two degrees. The article is often used in (honor) crimes when the perpetrator doubts the conduct of the female victim. The use of this article is catastrophic and should be reconsidered’.

Life in Egypt is quasi impossible for a woman who does not have a man next to her with authority over her. If this man, be it the father, the brother or the husband, disappears, “Egyptian family values” are looked after by the doorman and neighbors.

In recent months, the phrase “Egyptian family values” was used repeatedly in a series of prosecutions of girls and young women for using social media applications as TikTok. They were arrested for “conduct violating the Egyptian family values.” The expression has become a rich source of jokes.

In Egypt, women arguably suffer from the highest sexual harassment rate in the world. They also suffer from legal and social repression, and an overall lack of justice.Seeing the ongoing struggle to enhance woman’s authority through the new personal status law, women in Egypt live in on the edge of madness, as bush wives dragged into iron cages. And whoever rattles the cage can be killed. 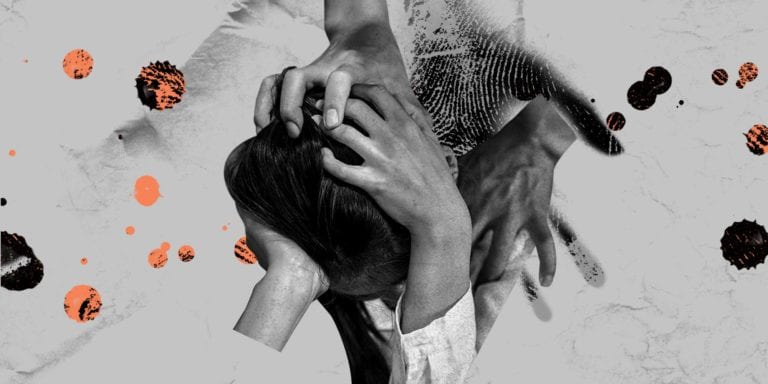