Said Walfakir
Moroccan Journalist
February 24, 2021
Menu
“This woman was a double victim of sexual exploitation, as she was first filmed without her knowing, and then she convicted. This case touches on such issues the condemnation of the body, the exercise of moral guardianship over others, and the violation of privacy.”

Hanaa was released. The woman who, a few months ago, was labeled on social media as “the lady of the khimar”, was not given an opportunity to appear in front of the media. She did not get a chance to express her thoughts and emotions. Nothing. She withdrew silently and disappeared.

The incident caused a collective conviction of the lady more than her boyfriend. Most people who followed the case acted as judges and the verdict was: “She is a criminal, and her sentence is divine retribution first, and imprisonment second.”

No one considered the fact that Hanaa’s privacy was violated, and that her security and safety were at stake, in a society that does not tolerate free relations between men and women.

Indeed, the law and a large part of society found in Hanaa their mission, and so she was socially and legally pursued. Hanaa was imprisoned for a month last January, immediately after the sentence was issued by the Court in Tetouan in the north of Morocco, while an arrest warrant was issued against her ex-boyfriend, who appeared with her in the tape, and who currently lives outside Morocco.

“This woman was a double victim of sexual exploitation, as she was first filmed without her knowing, and then convicted,” according to the Outlaws Coalition, a Moroccan women’s rights coalition.

The Coalition stated that the single mother of two was living in “very fragile” social conditions, and that “she was sexually exploited for pornographic purposes by the author of the tape, who filmed her without her knowledge, and a few years later decided to publish the tape without her consent. Today, she is in prison, while the perpetrator is free.”

This case touched upon such issues as the condemnation of the body, the exercise of moral guardianship over individuals, the violation of privacy, and the exercise of digital violence and bullying in the name of religion and ethics, and the judicial pursuits under Chapter 490 of the Criminal Code, which stipulates that every sexual relation outside of marriage is considered a “crime of corruption.”

This is the legislative text upon which Hanaa and others were imprisoned. Their number reached 15,192 Moroccans in 2019.

Hanaa’s case was a catalyst for civic voices defending individual freedoms to demand the abolition of Chapter 490. Most notably among them was the Outlaws Coalition’s digital campaign, which sparked a heated debate between one group that accepts its claims and another that rejects it for ideological reasons, or considers it merely a seasonal campaign.

“Our Campaign Is Not Seasonal”

“Our campaign is not seasonal,” said Karima Nadir, spokesperson of the Outlaws Coalition. “We always face disturbing scenarios. Our digital sit-in came as a form of protest coinciding with Hanaa’s release from prison. It was not only the result of this event. It started years ago,”

Nadir assured Daraj that the timing of this campaign came as a message to express the renewal of the members’ demands concerning the abolition of Chapter 490, due to the oppression, social stigmatization and violation of privacy it entails, especially for women.

In the streets, as well as in the virtual world, a debate is taking place among Moroccans about the importance of this campaign, as one traditional conservative group sees it as an “alien” cultural consecration of the values ​​of Moroccans marked by “moral decay,” does not consider the abolition of Chapter 490 a priority, and believes that the time to demand such freedoms has not come yet.

However, Nadir and others, who are calling for liberating Moroccans’ relations from the supervision of the security bodies and society as a whole, say that abolishing Chapter 490 is not a luxury, nor a moral decay. The issue is linked to the idea that rights are indivisible and cannot be differentiated.

“When protesters take to the streets shouting slogans of freedom, justice and dignity, they do not distinguish between them,” Nadir told Daraj. “These rights are all demanded on an equal footing. Rights are an indivisible whole. Therefore, we cannot choose some of them now, and leave the rest for later.”

“Our campaign is not seasonal, we always face disturbing scenarios. Our digital sit-in came as a form of protest coinciding with Hanaa’s release from prison.  It was not only the result of this event. It started years ago.”

A ready conclusion is drawn by a significant number of Moroccans, who believe that abolishing the chapter will contribute to the growth of such social phenomena as “abandoned children” and “single mothers.” They also think the chapter should be kept as a “moral deterrent” to a “state of chaos”.

“Although there are laws that prohibit abortion and sexual relations outside of marriage, these issues have increased, as between 600 and 800 clandestine abortions are being performed, and dozens of children are being abandoned, daily,” said Nadir.

“This is the result of the absence of serious sexual education and social awareness, and a number of other complex matters.” According to Nadir, the safest way to mitigate such phenomena is to abolish the criminative articles related to Chapter 490, such as the criminalization of abortion, which she believes should be legalized.

Other voices raised against the campaign to abolish Chapter 490 claimed it called for “adultery” and “opposing the law and teachings of God,” which were revealed to believers many centuries ago.

But this argument does not convince anyone, as even advocates of reformist Islamic jurisprudence believe Chapter 490 is “stricter than religion.”

The religious text clearly explains the necessity of the presence of a testimony of four witnesses who fully and accurately examined the sexual practice between a man and a woman. In this context, Abd Al-Wahhab Rafiki, a researcher in Islamic Studies, believes that the conditions imposed by Islam to prove adultery aimed at “not breaking into people’s homes and violating their privacy,” while emphasizing that “Islamic history has not recorded an incident of adultery with four witnesses for 15 centuries, which means that even from an Islamic jurisprudential standpoint, the protection of private space is unquestionable.”

Asma Lamrabet, a researcher in Islamic jurisprudence, known for her reformist views, agreed with Rafiki’s analysis, and confirmed that Islam condemned consensual sexual relations, but at the same time, ordered the “concealment” of the “private lives of individuals.”

She furthermore believed that “respecting or rejecting religious prohibitions remains a matter of faith, and personal moral convictions,” as “God alone is the judge.” And therefore: “Laws should not sue people, but should rather tend toward fair arbitration, protecting people’s privacy, and not defaming them.”

This report was translated from Arabic to English by Rita Khadra. 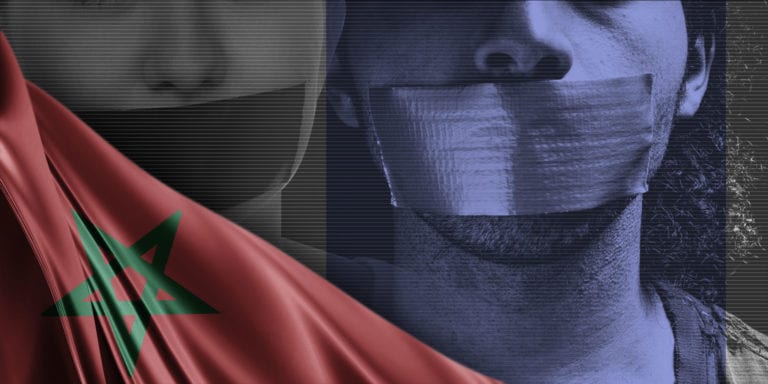