Political Crisis in Armenia and Georgia

Vicken Cheterian
Armenian Journalist and Writer
March 5, 2021
Menu
Neither Armenia nor Georgia is a functioning democracy today. If they were democracies they would have used their institutions, such as their parliaments to resolve their internal political conflicts. Today both countries are facing enormous challenges...

A deep political crisis is evolving in two of the South Caucasus republics, in Armenia and Georgia. Street demonstrations and protest actions are daily events in the capitals Tbilisi and Yerevan. An atmosphere of polarization, radicalization and intolerance reflects the depth of the crisis. Looking at those two countries together in a comparative approach helps us to see those events not as unique, but systemic. It helps us contextualize, look at structural causes rather than focus on the role of individuals.

To start with it is necessary to underline differences: the causes of the crisis in Georgia is different from that in Armenia. In Georgia, we have a typical post-Soviet crisis setting that emerged from contested elections. Political succession has been a major trigger for internal protests and for Colour Revolutions, from Serbia in 2000 to Georgia in 2003, Ukraine 2004, but also Armenia 2018. In the case of Georgia, this reveals that even after the Rose Revolution, the same institutional problem of political succession through electoral process persists.

While society is rapidly changing and evolving, autocratic rule lacks mechanisms of not only representing large segments of society, but also of correcting and changing political institutions themselves.

In Armenia, the political crisis is caused by the 2020 Karabakh War and defeat, which intensified the internal power struggle that was on-going since at least since the 2018 regime change. This is an extraordinary crisis since political institutions, even ones well established, have difficulties in dealing with political challenges that emerge from war, military defeat, and territorial losses. Yet, Armenian institutions are evidently not developed enough to face the task. The current leadership of Nikol Pashinyan had three months to address the problem of internal crisis and post-war loss of legitimacy. Yet, he failed to give an adequate answer, and instead produced contradictory policies: first proposing snap elections, then withdrawing this proposition without replacing it with other measures to resolve internal tensions. His latest steps have succeeded to anger the entire army top brass, which are now demanding his resignation.

Crisis in any domain reveals that the current ways of functioning are inadequate, and need change. Therefore, it creates opportunities to upgrade the system, but like in any change it creates risks and dangers.

First, about risks: In both Armenia and Georgia, the major risk is that institutions are unable to perform, and therefore politics now is taking place on the streets, which could lead to repression, violence and eventual bloodshed. In Georgia, the arrest of Nika Melia, the head of the major opposition formation United National Movement (UNM) led to the resignation of Prime Minister Giorgi Gakharia, deepening an already complicated situation. As demonstrations and counter demonstrations are filling the streets, the risk of events going out of control and leading to clashes is real. Any act of violence and especially bloodshed would transform those conflicts and make them even more complicated to resolve.

But conflicts are also opportunities for change and improvement. The sides might decide to sort out their differences through compromise, establishing mechanisms, by institutionalization. Institutions such as parliaments were initially established – in England or Sweden – exactly for that purpose: to establish basic rules that are predictable to sort out differences, to resolve conflicts. Yet, in many post-Soviet and post-colonial settings, parliaments do not serve for consultations, and negotiations between different social and political interests, but are dominated by the ruling group and therefore emptied from any real function. Democracy is not a slogan; it is the daily exercise of negotiating politics and finding compromises within predictable institutions.

Here, Georgia has a small advantage over Armenia. While the 2003 revolution led to concentration of power (Saakashvili won the January 2004 elections by 96% of the votes), the UNM remained a parliamentary opposition since 2012. In Armenia after 2018, a new political group came to power having total domination over the parliament and the executive, while the old-ruling power was pushed out of political institutions. Armenia, which after the 2015 constitutional change became a parliamentary republic, has no functioning political parties: neither Pashinyan’s “My Step” is a functioning party but rather a group of heterogeneous elements that share the exercise of power, nor the old Republicans are a functioning party, as they are former group of ruling team now out of power. Georgia has a specific problem of its own: the strongman in the republic, Bidzina Ivanishvili, has no political mandate, no formal powers or responsibilities. The ruling Georgian Dream party did not play any major role in the decision-making processes. In Armenia, the decision-making process under Pashinyan was similarly obscure. It seems the old Soviet Politburo decision-making process survived the Soviet collapse, and whether a republic is labelled “democracy” or “dictatorship”, important decisions are taken by a handful of people at best.

Finally, observers of the on-going chaos in Armenia, Georgia, and in similar settings might be tempted to be convinced about the merits of autocracies. Turkmenistan, to pick up an example, is evidently a stable country, the same cannot be said about Ukraine or about Kyrgyzstan. The problem of autocratic rule – apart from being out of fashion in the age of “democracy” – is that it fails to develop mechanisms of political correction. Autocracy is based on political institutions whereby individuals are personally loyal to the ruler, leading to pyramidal power, absence of pluralism, and opacity in decision-making processes. While society is rapidly changing and evolving, autocratic rule lacks mechanisms of not only representing large segments of society, but also of correcting and changing political institutions themselves. The Soviet Union under Brezhnev also seemed “stable” if one looked at its political institutions, yet it accumulated huge contradictions that were difficult to resolve when a reformist leadership wanted to catch up in its “reconstruction”.

Neither Armenia nor Georgia is a functioning democracy today. If they were democracies they would have used their institutions, such as their parliaments to resolve their internal political conflicts. Today both countries are facing enormous challenges, from which they will survive either by taking one step forwards, if not they might take two steps back. 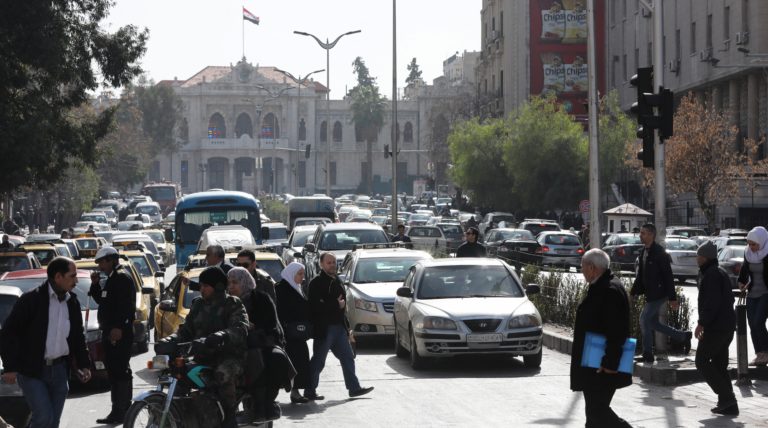