Miryam Swaidan – Pascale Sawma
Lebanese Journalists
February 19, 2021
Menu
The recent removal of Judge Fadi Sawan as lead investigator brings the inquiry into the Beirut Port explosion back to square one. Will justice ever prevail?

As Beirut’s killers are sitting safely in their homes, sipping coffee with their families, preparing for a next meal in peace, the time for truth has been postponed another day. Accountability will not be achieved now, and it may very well never be.

“Withdrawing the file from the hands of Judge Sawan is purely a political step, and the only losers are the families of the victims.”

The transporters, thieves and detonators of the ammonium nitrate in the Beirut Port on August 4, 2020, can breathe a sigh of relief. In the best-case scenario, they are hiding in their rooms for fear of the coronavirus, not the hammer of justice.

More than six months have passed since the crime of the century and still the investigations have gotten nowhere. The criminals responsible for the killing of over 200 people and the wounding and displacement of many thousands more are still not behind prison bars. Be it under the pretext of parliamentary and ministerial immunity, or for the sake of keeping the peace

What we learnt from these investigations so far is that a number of officials was well aware of the presence of the ammonium nitrate, yet did nothing. When the lead investigator, Judge Fadi Sawan, began summoning them one by one for questioning, Lebanon’s Criminal Court of Cassation on February 18 removed him from the case.

It is a step that implies, or rather confirms, the political interference in this case, and in the judiciary in general. The objections against Sawan and the conduct of the investigation are nothing new. They started the day he was assigned the case last August.

And thus, six months after the city exploded, the investigation is back to square one, and will have to start from scratch. Many questions arise, as the victims’ families roam the streets grief-stricken and tearful. What is the fate of the file? Has the investigation ended? Is the removal of the judge but a new step in the process of procrastination and diluting the issue at stake? On what basis will a new judge be appointed? Will this happen soon? Or will the parents have to wait for months or even years to find out who brought explosive materials into the heart of their city, in between homes and schools, and killed their loved ones?

This declaration cannot be considered a coincidence. Nasrallah knows how and when to send messages. He even creates coincidences that suit him. Nasrallah said it loud and clear: “The investigation is over.”

He then continued his life, as if nothing had happened. As if the port explosion did not concern him. As if the case was just one of many files, and that the time had come to close it. Nasrallah’s message was quickly translated into the removal of Sawan.

“Sawan was removed from office after an attack, in which powerful forces, despite their contradictions, took part: from Hezbollah to the Prime Minister’s Club,” tweeted lawyer Nizar Saghieh, executive director of the Legal Agenda. “Sawan was attacked only because he challenged the politicians. He, and every judge who may dare challenged any of these politicians, will be targeted in a similar way.”

They Blew Up the Investigation

“On August 4, they detonated the chemicals in the port, now it’s the investigation’s turn,” Ibrahim Hoteit, spokesman of the families of the victims of the Beirut Port explosion, told Daraj. “It is another explosion, one that ripped through the hearts of the victims’ families.”

According to Hoteit, it is a step that brought the investigation back to zero. “Judge Sawan completed 10,000 pages in the investigation,” he said. “The new judge will have to study the file for five months before he can even start working. This is nothing but a step to delay and dilute the case.”

Hoteit, who lost his brother in the August 4 explosion, said he did not believe in “Lebanon’s politicized judiciary.” He and the other victims’ families will continue to pressure the relevant authorities and escalate actions on the ground until the criminals are held accountable. What the families of the victims fear most is that the new judge will meet the same fate as Judge Sawan.

“What guarantees us that the new judge will not be removed if he summons senior figures to be investigated?” Hoteit asked. “What if he reveals something? We will be trapped in a vicious circle.”

The victims’ families clearly fear an eternal circle of stalling and delay, yet they are unable to take any steps to pressure the relevant bodies to return the file to Judge Sawan, as the decision of the Criminal Court of Cassation cannot be appealed. The only thing they can do is to “put pressure to appoint a new judge as soon as possible.”

They Summoned Him to His Death

William recalled the red suit his brother was wearing that day. “My brother was far away from death,” he said. “They summoned him to extinguish the fire. They called him to die there.”

“Withdrawing the file from the hands of Judge Sawan is purely a political step,” he said. “And the only losers are the families of the victims. I know the battle is long. And I expect all worst scenarios to happen. But what can be worse than this terrible explosion that made me lose my brother? I will continue my battle to hold those responsible for the crime accountable until my last breath.”

“Excuse me, I am sleeping out of frustration,” said young Muhammad Iskandar after Daraj called him more than once for an interview and he did not answer. Muhammad lost his cousin Hamza, with whom he spent most of his life. He refused to describe his state as a form of surrender. “It is reality,” he said.

“Since August 4, I’ve known that an investigation establishing the truth is but a dream,” he said. “One more dream added to the dreams of the uprising that brought us all together one day. Whether it is Judge Sawan, or others, no outcome will be reached under such a politicized and submissive judiciary. Hamza’s rights are lost.”

On December 10, Sawan charged caretaker Prime Minister Hassan Diab, as well as former Finance Minister Ali Hassan Khalil and former Public Works Ministers Ghazi Zeaiter and Youssef Fenianos. However, none of them ever appeared before him to be questioned as “defendants.” The lawsuit filed against the four officials outraged most political parties, which arguably felt threatened, as the emergence of the truth might be imminent.

Following the charges, Zeaiter and Khalil, both close associates of Parliament Speaker Nabih Berri, requested the Public Prosecution Office to transfer the case to another judge. They accused Sawan of violating the constitution by charging two former ministers and sitting MPs, while they enjoy immunity and their prosecution is supposed to go through parliament.

According to the information currently available, the argument for removing Sawan is that the cassation court considered the former ministers’ “skepticism about impartiality” legitimate. The skepticism mainly stems from the fact that Sawan was personally affected by the explosion. His home was damaged, which would blur his judgement during the investigation.

The same political parties that pushed for the removal of Sawan are now pushing for further weakening the investigation that has not yet yielded any tangible results, despite the arrest of some 25 people, including those responsible for the port’s management and security.

At Lebanon’s request, Interpol has circulated a Red Notice against the owner of the ship, which transported the ammonium nitrate, its captain, and the merchant who bought the cargo.

Sawan had also requested Lebanon’s security bodies to provide him with information regarding three businessmen, all dual Syrian-Russian nationals, in order to summon them for questioning, following media reports claiming they were behind the purchase of the ammonium nitrate from Georgia through a UK-based shell company.

A recent study by the International Information Institute found that, between 1943 and 2021, 220 assassinations or assassination attempts took place in Lebanon, of which the perpetrators are still unknown. The Beirut Port explosion can be added as an assassination attempt targeting the entire Lebanese people.For now, the perpetrators can still sip their coffee in peace, while reading about the investigation in the papers, laughing, as they seemingly triumphed over justice. But not for long, Oh, Murderer! 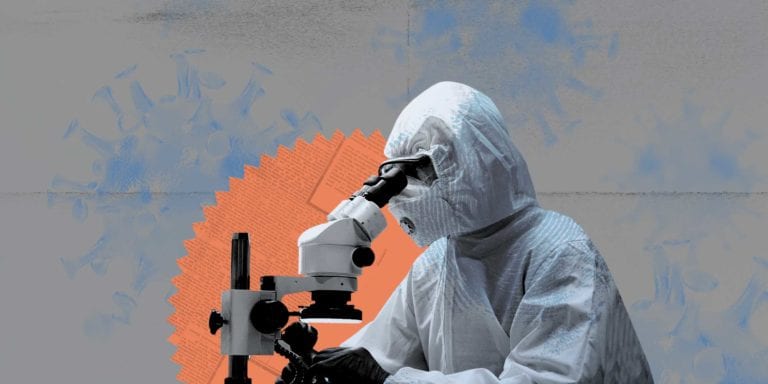