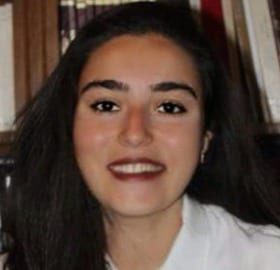 Joya Elias
Lebanese Blogger
February 16, 2021
Menu
Yes, there is doom in knowing, there is horror in being enlightened, but in no way should this doom or horror subdue the responsibility to be free and to free others.

“It is somehow reassuring to think that there are also men and women who take the risks themselves, who pit themselves not against their fellow beings, but against the immensity and the violence of the natural world, who are brave without cruelty to others and impassioned with an idea that dignifies all who contemplate it.” (Amelia Earhart)

I write this days after yet another horrid event of violence in the Orwellian reality we find ourselves in. With yet another reemergence of this alien culture of elimination, I ask myself: how do people come to feel so passionately about truth and freedom that they will risk their lives to pursue justice?

I write this with no intent to further capitalize on the set of beliefs that we often remember in breach, rather than observance. I write this as an ode to the human rights pioneers, to the intellectuals we all know, that some of us befriended, those we remember in agony and sadness when the day wraps itself around us and we find ourselves still trapped in our dystopian reality.

It is a factual truth, that we cannot be divisive on the consequences of freedom of expression — the only permissible consequence should be criticism — be it as harsh as it can be.

A principled life, for the people I am writing about, is no mere abstraction. It is a reflection of their lives, how they curiously came to be, and how they gracefully rose to be defendants of human rights, morality and the rule of law.

I write to those who inspired us in the way they led their lives, referring to them as “These People.”

I believe the emergence of These People jolts in the moral annihilation they, and subsequently we, live in. Intellectuals who live with the risk of being persecuted, understand that the purpose of their lives transcends mere existence and lies in the moral progress they ingrain in their communities. To them, knowledge is the foundation of social justice and good governance. Their fight against negative freedom, abuse and terror, is their incentive to live, and live well.

These People frighten societies with the wonder of their own presence. They defy conventions by living life as visionaries. They live in wonderment, in power, in defiance, in truth and above all, in a love seasoned by sacrifice. The safety of conformity has been supplanted by their desire to liberate.

These People embrace the beauty of multitudes we have in society, unblinded by prejudice. It is why they have a hunger for truth. It is because liberty to them is not something they can have if they do not accord it to others, that they go so far to protect the liberty they believed in.

Often when political morality (or immorality) is in acute dichotomy with our personal values, we create what I think, is a form of “interpersonal democracy” based on the values of compassion, kindness and righteousness. That is because the purpose of a collective political structure should be growth; first as an individual first, second as a community and third as a society.

Instead, we are faced with structures that encourage living in cognitive dissonance, founded on mendacity towards one’s self, brainwash towards the community, and violence towards each other. Which brings us to the main core of this narrative: divergent depictions of truth should not neutralize each-other.

Taking a position on “regulated freedom of speech, lest death”, either “in favor” or “against” is impermissible. It is a factual truth, that we cannot be divisive on the consequences of freedom of expression — the only permissible consequence should be criticism — be it as harsh as it can be.

Moral leprosy arises when part of society takes the side of this ethical degeneracy, this self-appointed−inalienable−right to sentence death upon an individual for doing nothing but living his or her truth. This trigger-ready terror is to me, but an example of what Hannah Arendt called “the banality of evil”. This is progress in moral decay.

After These People Depart … Hope.

Hope in this sense, is not the feeling that things are going well, or might go well, which is the prognosticate definition of hope. But I regard hope in this specific context as the willingness to fight for a cause, even if it is killed in utero, even if it is unpropitious.

Simply because fighting for that hope, expands the meaning of one’s life and that of others. Hope becomes a collection of acts of resistance and dignity. Individual hearts who pound unanimously to those values are the pulse of culture in any society, and subsequently, its sole hope. We have a responsibility not to become passive optimists, to be lazy both in thought and action. Our responsibility entails defying the status quo and being morally disobedient to any political establishment that does not heed safety and liberties, and safety in liberties.

“These People” … Our People.

While these horrid events contribute to creating the cultural conscience of people, we have the responsibility to make it a dignified one, not based on ill-will and mob-like savagery. Our lives need to portray a force of resistance, they need to be filled with the sincere sense of possibility and urgency to live, and live well. Yes, there is doom in knowing, there is horror in being enlightened, but in no way should this doom or horror subdue the responsibility to be free and to free others.

I ask myself now, how do I make use of these people’s death?

Then I realize that These People are in fact immortal, as they lead even in death and leave a perennial example to follow. The idea that life will prevail is of decisive importance. These People are proof that they are not the creatures of their own habitats, they are moved with a compulsion to contribute to understanding, and in learning to revolutionize.

Their power was not their virtue but rather the result of their virtuous lives. Their identity was their truest possession. We are invited to live through their death … this very death that is nothing, but the supreme testament of a life lived in utmost grace and purpose with the sole end of Goodness.

“These People” … Our People.