Iraq: “My sons Ali and Omar are dead.” 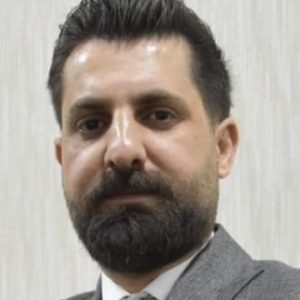 Ali Kareem Zayeb
Iraqi Journalist
January 25, 2021
Menu
Named Ali and Omar as a remedy against religious strife, the brothers were killed by the vile virus of terrorism

Omar and Ali reflect the sectarian conflict between Sunnis and Shias dating back more than 1400 years. Yet, the names also meet to overcome “The Great Upheaval,” as the famous Egyptian writer Taha Hussein coined it, and as such also represent the values of dialogue and unity.

Many Shias name their son Ali after their first Imam Ali Ibn Abi Talib, while many Sunnis name their son Omar after Omar Ibn Al-Khattab, one of the Prophet’s senior companions and second caliph of the Rashidun Caliphate.

Tweet: The father of the martyrs #Ali and #Omar screaming in pain, sadness and grief for losing his children in the Tayaran Square in #Baghdad. Sufficient for us is Allah, and He is the best Disposer of affairs. There is no power but from God.”

Yet, it also happens that a Sunni names his son Ali or a Shia his son Omar in order to reject any differentiation between Muslims and send a message of unity to those who wish for violence and sectarianism.

They were killed in the two suicide bombings at Baghdad’s Tayaran Square on January 21, which left 28 people dead. ISIS claimed responsibility for the attack.

“My sons Ali and Omar are dead,” screamed the grieving father on a video that went viral on social media. He repeated that phrase on his way to his sons’ funeral at the cemetery where he now spends most of his days drowned in silence and sadness.

A Virus Worse Than Corona

Al Naimi had always told his sons about the importance of wearing a mask and using a disinfectant to avoid getting the coronavirus. It never crossed his mind that another deadly virus could kill them. The virus of terrorism, which is still spreading in Iraq, despite the precautionary measures taken, and despite Al Naimi vaccinating his sons against sectarianism by naming them Ali and Omar.

Ali and Omar had struggled to live in the oppressing social and economic conditions of Iraq today. They helped their father to provide for the family. Together they made some 25,000 Dinars ($17) a day. Ali sold imported milk in bags. Omar was worked for a stand owner selling used clothes.

Their dream was to buy a stand of one by two meters at Tayaran Square, which hosts a popular market. Cost: some 9 million Dinars ($6200). Yet, their dream was blown away by two suicide bombers with explosive belts, leaving behind a broken, grieving father, who now has to work even harder to provide for Ali’s wife and their only child, as well as Omar’s wife, who is three months pregnant.

The Poor Pay the Price

At the location of the tent set up to offer condolences, Ali danced at the wedding of Omar only a year ago or so. He was full of joy that day, his relatives recalled. There was no room for joy now.

Hamed, a relative of Ali and Omar, described all of Iraq’s political class and security services as “criminals.” According to him, they were participants in the Tayaran Square massacre, because they should have able to prevent the terrorist attacks had they done their job properly.

Hamed also said that terrorism benefits from exceptions and loopholes in the way the security services work. Many terrorists even move around using government IDs. To him, the calls made by officials for setting up judiciary, parliamentary and security committees to investigate the crime, were but “a play, the different acts of which we watched in previous bombings.”

Wael, a friend of Omar and Ali, said that their death together, carrying their names and the references they behold: “will silence the tongues that wish for the return of sectarian war to Iraq.”

Terrorism has no religion, he said. It targets all sects and ethnicities. And it is always the poor who pay the highest price.

Some of the people present called for support for a campaign organized by activists and journalists to gather signatures and submit them to the authorities, demanding the death sentence for all ISIS members convicted for terrorism crimes and still detained in Iraqi prisons.

Amidst the anger and grief, Ali and Omar’s father Louai Al Naimi just sat there, silently, and in tears. 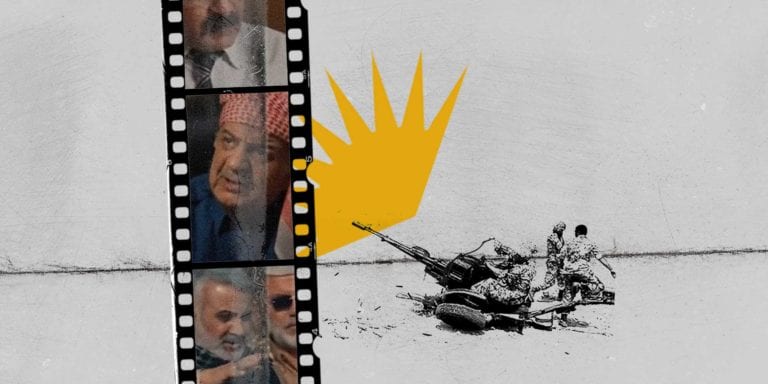