Lebanon: The Hacking of Hezbollah’s Al-Qard Al-Hasan and US Sanctions 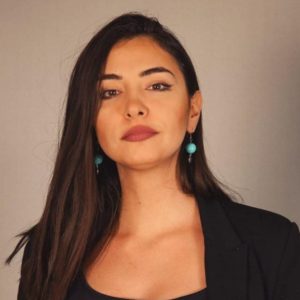 Sana Seblani
Lebanese Journalist
January 6, 2021
Menu
On December 29, 2020, a group of hackers known as Spiderz hacked “Hezbollah’s bank.” What are the consequences for the “bank,” its clients and Lebanon’s financial sector?

“We, the Spiderz group, have hacked the Al-Qard Al-Hasan Association and put its secret data of budgets and documents at your disposal (…) Hezbollah’s parallel economy, and the party’s blackmail of state resources, has led to the collapse of the national economy. Al-Qard Al-Hasan is not a charitable association, but an illegal Hezbollah bank that operates outside Lebanon’s financial system.”

With these words a group of cyber pirates calling themselves Spiderz announced the cyberattack on Al-Qard Al-Hassan (AQAH), which allegedly operates as a bank at the center of Hezbollah’s financial operations. Spiderz leaked the names and accounts of the association’s depositors and borrowers, warning them to withdraw their money before it is too late.

Dating back to the 1980s, AQAH is a “charitable non-profit association” founded by Hezbollah. In 1987 it received a license by the Lebanese Ministry of Interior. AQAH provides small short-term loans backed by guarantees, which in most cases consist of gold. AQAH also accepts donations.

In April 2016, the US Treasury Department included AQAH on its sanctions list, yet AQAH’s activities have not stopped since, not even amidst Lebanon’s current economic crisis. Not so long ago, AQAH introduced ATM machines in its branches for its clients to withdraw money (in US dollars) whenever they need.

The strict banking regulations imposed by the Lebanese Central Bank (BDL) have pushed some Lebanese outside the traditional Shiite community to resort to AQAH as an alternative banking solution. The religious aspect is important. Whereas the Lebanese banking system generally relies on high interest rates, AQAH strictly abides by Islamic law.

“There are no conditions for borrowing money – you mortgage and they grant you a concessional loan,” said Sarah, who preferred to speak under a pseudonym, as she feared being subject to sanctions. “All you have to do is pay the cost of the transactions. The most important thing is that the whole process is completely legitimate from a religious point of view, as it is free of usury and interest. This unlike normal banks that ask for proof of income and charge very high interest rates of up to a quarter of a loan’s value, if not more.”

Sarah asserted that international sanctions do not concern her. She follows a political line that opposes the US and its policies in the region. The sanctions are “the last of her concerns.” Adding: “Let them write down our names, where is the problem?”

It was not easy to find someone willing to speak under one’s real name about depositing money at AQAH. Amjad, who accepted to speak under his first name, chose the Hezbollah-backed association, because of its client policies regarding loan duration and interest rates. The leaking of names meant nothing to him.According to him, dealing with AQAH is not a source of shame or fear, as “what we endure in this country is much harsher.” As far as repayment is concerned, he had not lost confidence in the organization. He will not stop dealing with AQAH, he assured us, nor withdraw his mortgaged gold

“How is it my fault that the country has reached this stage? How will I compensate the huge difference between the current exchange rate and my salary in Lebanese pounds?”

Also using her first name only, Marwa complained that AQAH required borrowers to pay off their debts based on the black market exchange rate. “I mortgaged my golden jewelry at the association in exchange for a loan, which I paid back in monthly installment in dollars,” she said. “But that was before the crisis in Lebanon. Now the situation has changed.”

Although the association proved lenient towards Marwa’s late payments, she believes she should pay back her loan on the exchange rate that existed on the day she was granted her loan.

“How is it my fault that the country has reached this stage?” she said. “How will I compensate the huge difference between the current exchange rate and my salary in Lebanese pounds?”

Marwa is not afraid she will be subject to sanctions following Spiderz’ hacking of AQAH. She considers small depositors such as herself relatively safe, unlike large depositors who seem to be caught between a rock and a hard place. That is arguably what prevents them from openly complaining, as there are few other options for those who still have money and no longer trust the Lebanese banking system that has plundered deposits.

The hackers revealed details regarding the value of loans, the ratio of repayment, personal information about borrowers, the overall budget of the institution and its branches for the years 2019 and 2020, while promising to disclose more information in the future. They furthermore sent SMS messages calling upon people to withdraw their money and stop paying their loans.

However, AQAH’s clients went through tough times before, yet never lost their money. Therefore, they continue to trust the organization and remain certain that their deposits will not be harmed.

“If something happens to our gold, they will compensate us for it,” said Sarah. “What difference does it make if our names are leaked? We trust AQAH. There have been instances in which clients were compensated for their loss in the past. This was the case in the aftermath of the 2006 July War when AQAH gave people choice to either take the gold or the money equal to its value.”

Legally, anyone dealing with AQAH or any other institutions on the Office of Foreign Assets Control (OFAC) list is subject to US sanctions. However, that does not necessarily mean all people will be affected. For example, nothing stipulates a travel ban for them going anywhere in the world, except the US, which can opt to not grant a visa, according to lawyer Ali Zbeeb.

Most people operate outside the banking sector and therefore the US sanctions’ impact will not be significant. The same happened previously to the Hezbollah International Financing Prevention Act, which targeted a large number of people affiliated with the party.

Yet most were not affected, as they do not have accounts in Lebanese banks, said Zbeeb, emphasizing the sanctions being: “economic, not criminal, and therefore their impact is limited to economic aspects, i.e. banishing those targeted by sanctions from the banking system.”

These people may no longer have access to the banking system and may face difficulties doing financial transactions with whomever, according to Zbeeb. However, most Lebanese consider it is the Lebanese banking system that stole their money and refused them access. In other words, they were excluded before the hacking took place or they were not part of it in the first place due to their socio-economic status.

The American decision did not harm Hezbollah. Actually, it protected the latter, as it prevented the party from dealing with banks that were known to go bankrupt.

According to financial expert Elie Yashouei the American decision did not harm Hezbollah. Actually, it protected the latter, as it prevented the party from dealing with banks that were known to go bankrupt.

“Today Hezbollah is considered the richest party in Lebanon for it operates outside the collapsed and bankrupt banking system,” he said. “While its dollar reserves are intact and being circulated, most of people’s dollars are held by the banks.”

The leaks also revealed a dozen of Lebanese banks that allegedly dealt with AQAH. The Association of Banks in Lebanon (ABL) denied the allegations, and so did Société Générale and Byblos Bank, upon which the Spiderz group publishing AQAH messages addressed to the Société Générale management, suggesting the Hezbollah’s association “manages its accounts in Lebanese banks under the names of its employees.” Spiderz also published a photo of a Byblos Bank receipt linked to AQAH.

If these allegations are proven, the banks in question may be subject to penalties or legal prosecution. If proven, they would also contradict Hezbollah’s Secretary General Hassan Nasrallah who declared in one of his speeches: “We do not have commercial projects or institutions operating through banks in Lebanon.”

This report was translated from Arabic by Fatima Jaber. 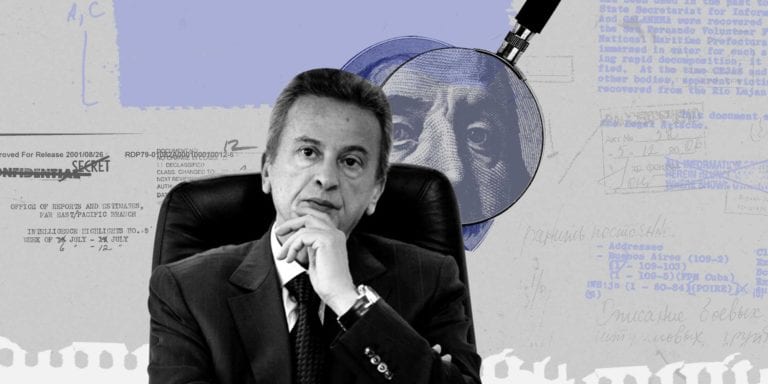