Egypt: Pink Washing the Revolution – As If Nothing Ever Happened 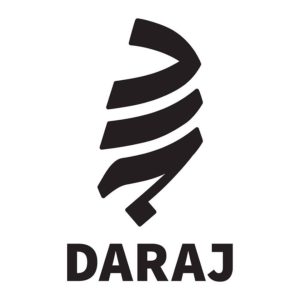 Reed Matar
Egyptian Journalist
January 26, 2021
Menu
As soon as President Abdel Fattah Al-Sisi grabbed power in 2013, efforts were launched to eradicate everything related to the 2011 revolution. Recently, the authorities have opted for a happy pink to pretty things up…

Would the young detainees in Tora Prison know that its outside walls have been painted pink, while their daily suffering amidst the gray walls inside remains largely forgotten?

Only weeks before the January 25 Revolution’s 10th anniversary, the Egyptian Prisons Administration decided to paint Tora Prison’s outer walls pink. Yet, the repainting was not just restricted to prisons. The same happened at public squares, most notably Cairo’s Tahrir Square, where the 2011 revolution started, and the buildings surrounding it.

Pink is the color of joy and happiness. It is the result of pouring red on white. The message is clear: “Everything in Egypt has become so beautiful, let’s forget about the past and the big dreams of change. Let the country’s most knowledgeable and capable provide security, even if it requires arbitrary arrest and starvation.”

Gradually, the pink will molt and degrade, and the muffled voices in the desert of Tora will not remain muffled forever.

Behind the pink walls of Tora Prison thousands of opposition detainees are being held without trial. And their detention can be extended for years on end. A horrible ordeal consuming the lives of those who said “no” in the face of those who said “yes.”

Inside this gruesome spot, the conflict between the sons of January and the authorities, the army and police has been settled for now. Yet, the nightmare settlement is only temporary. Gradually, the pink will molt and degrade, and the muffled voices in the desert of Tora will not remain muffled forever.

The repainting job was not a joke. In fact, it followed a carefully studied path. As soon as President Abdel Fattah Al-Sisi grabbed power in 2013, systematic efforts were launched to eradicate everything related to the 2011 January revolution.

This started by erasing the archives of newspapers and TV channels. Technical errors occurred, which – surprisingly – hit all media at once. As a result, the archives of dailies Al-Badeel, Al-Youm Al-Sabea, Al-Masry Al-Youm, numerous magazines and ON TV, especially Yusri Fouda and Lilian Daoud’s covering of the revolution, were erased.

Next thing you know the graffiti’s in the streets were wiped off. Political messaging on walls was criminalized. Underground bands were prosecuted, their singers demonized, most notably Rami Essam.

The activities of Al Fann Maydan were disallowed under the pretext that gatherings were banned. What’s more, all political and poetic publications that revive the memory of the revolution were banned.

Even the commemoration of the revolution itself was banned. Instead, National Police Day on January 25 was re-installed and re-celebrated.

Under President Sisi, Egyptian newspaper will not even dare use an archive image of the revolution, regardless of what the journalistic context is. It is not allowed to violate the national “pink-washing” effort in any way.

“Everything in Egypt has become so beautiful, let’s forget about the past and the big dreams of change. Let the country’s most knowledgeable and capable provide security, even if it requires arbitrary arrest and starvation.”

However, no matter how the state-controlled media have been devoted to achieving obliteration, the virtual reality proves much harder to control. Digital media continue the fight by using the hashtag “I participated in the January Revolution,” which revives the memories of the past, its slogans and dreams, as if someone opened a grave and found out the body buried was still alive.

Nostalgia is not dull and naive, but a legitimate tool in an unequal struggle. At times, it can even become a deadly weapon. For the great defeat only occurs when complete oblivion is achieved. Today, nostalgia is the main guardian of the sons of the January revolution and their children.

Bilal started a blog about his mother and was surprised by the overwhelming reactions. The so-called Januarians, and thousands of others, shared his posts and interacted. Some mentioned his mother and told the story of her death, while others talked about change and the rejection of repression.

Thousands of detainees are still behind bars of now pink-painted prisons. They will not be able to participate in any blogging. But their children outside have acquired their fathers’ and mothers’ desire for change. The memory was passed on before it was ostensibly obliterated. And the children know, just like their fathers and mothers, that the movement is rotating and the revolution ongoing.

This report was translated from Arabic by Fatima Jaber.