All Love to Tripoli

Hazem El Amin
Lebanese Writer and Journalist
January 29, 2021
Menu
As Tripoli suffers, an homage to Lebanon’s only true city, for is there any other city in the country so generously blessed with stories and books, each presenting it with a different scent, a different face?

To my uncles Ahmed and Abdullah …

Compared with other Lebanese cities, Tripoli makes you think more than its peers. All of us non-Tripolitans have their own story with the city.

Tripoli truly is a living city, a crossroads of feelings and sentiments, where all dilemmas of the Orient and Mediterranean are set out to work. More has been written about Tripoli than about Beirut.

We spent warm and pleasant times in its alleys, squares and cafes. People absorb you into their stories in a way that conservative city dwellers usually don’t do.

Tripoli is the city. No. It is the only city.

Poverty here is the poverty of cities. So is its abundance and richness. The paradox of poverty exists right alongside to the paradox of abundance. The same is true for devoutness and conservatism, which exist right next to the desire to break free.

Tripoli summoned us to the stories of its Islamists, to trace the facts of their tales in their neighborhoods. This didn’t make us feel distant from ourselves. It told us: this is us and this is you. No need for elusiveness. It confronted us with ourselves, those we are trying to look away from.

Only Tripoli could bring the story through its alleys. Jabbour Douaihy from Zgharta did not hide from the reader when he wrote about the American quarter. Suhaib Ayoub did not feel embarrassed to write about its secrets. Khaled Ziadeh and Mohammed Abi Samra dug out its intestines.

Beirut didn’t do that. Beirut is a city without intestines in the first place. Seven families and a port. End of story.

Tripoli is the capital of wreck and affinity, offering a complete and continuous story. What is going on today in Tripoli is an extension of that story. Youngsters are storming out of the city’s alleys to reach Abdul Hamid Karami Square and scream their lungs out in the face of the state that is starving them.

Is there a city more generously blessed with so many books?

You’ll have to go to Tripoli when the news erupts about a Lebanese suicide bomber who blew himself up in Syria or Iraq. The ignorant Aounists think this a part of the regressive and conservative character of the city. That is what they hint at it in their statements and promote through their media.

Tripoli, which is not separate from the world, did it the way Paris, Istanbul, Baghdad and Damascus did it. Beirut didn’t. Because it’s a contrived city,. Because it rather observes itself, standing in front of the mirror every morning.

When hunger reaches a son of Beirut, it kicks him back to Aramoun or Bchamoun. Tripoli is the exact opposite. It’s the rich standing outside the fence, while their families’ veins are spread throughout the eastern quarters.

Tripoli is the only city.

The scream is that of the city. As is the love and violence.

It’s the city in which my Shiite grandfather took shelter in the 1950s and which digested him and my uncles. They all became Tripolitans.

It’s the Sunni city that once was the capital of the Communist Party, in which thousands of people went out on the streets for the funeral of party leader Ahmad al-Mir al-Ayubi. It’s the city that makes you, with your dry judgments, feel that ‘affinity’ has many different sources and that ‘welcoming’ is not restricted to the festivals of Baalbek and Deir El Qamar.

My mom took me to Tripoli as a child, in the 1970s, to my grandfather and uncle’s house. I went back as a fighter for the Communist Party in the 1980’s and as a journalist tracking Islamists in the 1990’s and beginning of this century. Later on I went again, as a friend of Alia and Kazem, and other loved ones residing in the resorts in the south of the city.

Every Tripoli of these Tripoli’s told me something different. Each one presented a different story of itself. Only cities do this. They make you hesitate between their stories. Only they present different sides of themselves.

Tripoli doesn’t lie. It tells the story as it is. It takes me back to the Communist party and Ahmad al-Mir al-Ayubi, to my uncle Ahmad who became a communist, to my uncle Abdullah, the doctor Tripoli sent to Zgharta and Bcharre to treat the people of the mountains.

As for me, Tripoli sent me to the cities of ‘Jihad’ in Iraq and Afghanistan, after covering the events of New Year’s Eve in 2000, when the city’s lost son Bassam Kanj declared his princedom here. He was coming from Canada but had stopped by Kabul on his way back to Tripoli.

Today, Tripoli sends me back to Beirut’s Martyr’s Square, which I left a year ago.

All love to Tripoli!

This piece was translated from Arabic to English by Celine El Natour. 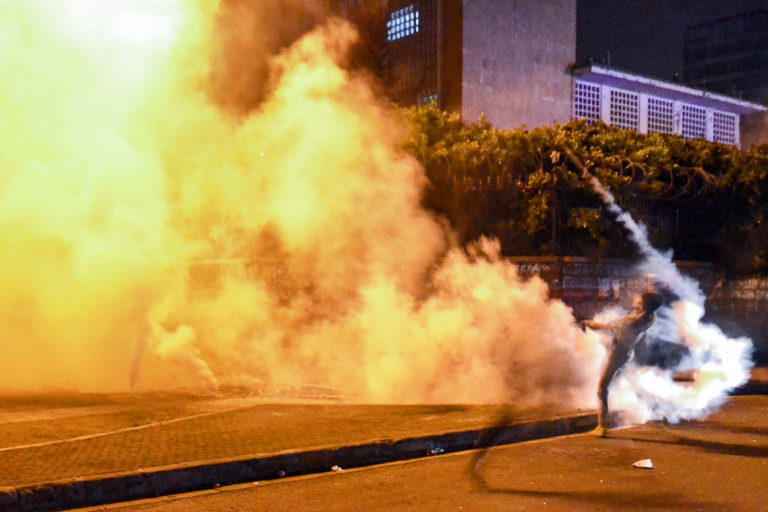