Corona Vaccines in Iraq and the Fear of Corruption 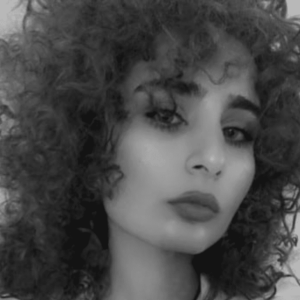 Sinar Hassan
Iraqi Journalist
January 18, 2021
Menu
Iraq agreed with Pfizer to import 1.5 million doses of the COVID-19 vaccine. Yet, not all Iraqis trust the vaccine, nor their government being able to distribute the treatment in a fair and organized manner.

“I will not get any vaccine I do not know the source of,” said 35-year-old public servant Aziz Muhammad from the Najaf governorate in southern Iraq. “My family and I are not lab rats. So far, I have been able to take the necessary preventive measures. God will take care of the rest. Even if we get the vaccine, we should realize it is still under trial and we do not know what its side effects may be.”

One year after the outbreak of the pandemic, the World Health Organization (WHO) on January 6, 2021, announced there are 59,965 cases of coronavirus in Iraq. The number has since steadily increased. The WHO also confirmed the vaccine will be first made available to the country’s most vulnerable and affected in the coming months, while it may take several more months before the rest of the population is vaccinated.“It is up to each one of us to stay alert and practice personal precautions until the vaccine is secured,” said WHO Regional Director Dr. Ahmed Al-Mandhari.

Many Iraqi doctors warn that the continuing spread of financial and administrative corruption, as well as the deterioration of the health system, will exacerbate the number of deaths of people infected with the coronavirus.

Doctor Mustafa Al-Ani from the Al-Kadhimiya Hospital in Baghdad expressed a lack of trust in the government’s procedures to procure the vaccine and, with an eye on the country’s corrupt health control and citizens’ general lack of awareness, feared that the sums allocated for procurement may be used for buying poor medical supplies. Al-Ani also said that a number of doctors in the hospital where he works were buying protective equipment with their own money.

The Iraqi health sector, ranked 176th out of 195 countries on the 2019 Global Health Security Index (GHSI) compiled by the Johns Hopkins Coronavirus Research Center, suffers from numerous problems varying from a lack of funding to the low priority given to health in government budget. The dilapidated infrastructure and the shortage of doctors and nursing staff make Iraq unable to cope with the coronavirus. According to the WHO, there are 8.2 doctors for every 10,000 Iraqi citizens

The Guardianship on the Vaccine

After Iran’s Supreme Leader Ali Khamenei described western COVID-19 vaccines as untrustworthy, many Iraqi citizens, especially in predominantly Shiite cities, had doubts about getting the vaccine, as supporters of the Iranian regime fail to separate western vaccines from conspiracy theories.

“If the vaccine is available, I will get it to protect myself,” said 30-year-old relief worker Ahmed Baqli from Baghdad. “But I do not intend to get the Chinese vaccine CoronaVac. I prefer getting the Pfizer vaccine because know about its clinical trials, while I do not know anything about the Chinese vaccine, due to a lack of available information. My work stopped due to the spread of the virus in the first quarter of 2020. And now we live with rumours about the vaccine. Some people believe that it causes infertility or death. But I do not.”

Baqli and many other citizens do not trust the Iraqi government and Ministry of Health to be able to secure a sufficient budget for the procurement of the vaccine. According to Baqli, only more suspicions of corruption will arise from future deals. A similar thing happened with former minister Adela Hamoud, who was deeply involved in the case of fake contracts for the provision of medical supplies and other issues wasting public money at the Ministry of Health.

After Iraq signed a contract with Pfizer to buy the vaccine at a reduced price, taking into account the economic crisis the country is currently facing, questions were raised about the country’s ability to store the vaccine, as it needs special refrigerators with temperatures reaching 70 degrees below zero. This comes in addition to difficulties related to distributing it fairly first to those people who need it most, such as healthcare workers, the elderly and people who suffer from serious diseases.

Minister of Health Hassan Al-Tamimi announced an agreement with Pfizer for 1.5 million doses of the vaccine, pending the provision of cooling supplies to Iraq, while another 16 million doses were agreed upon with Gavi, the Vaccine Alliance, a global health partnership that aims to increase access to immunisation in poor countries.

Al-Tamimi assured that the distribution of the vaccine will in the first place include healthcare workers, security forces, elderly and people suffering from chronic diseases, before it would be handed out, for free, to the Al-Kadhimiya, Al-Karkh, Yarmouk, Medical City, Al-Kindi, Imam Ali and Al-Zaafraniya hospitals in the Baghdad Governorate.

Furthermore, in each governorate, four hospitals will be identified to carry out the vaccination process. People who take the vaccine will be given a special card when visiting the hospital.

Political writer Sajad Jiyad questions the ministry’s ability to meet its obligations, as its overall performance has been substandard for many years. According to Jayad, in order to obtain a WHO-approved vaccine, Iraq already paid more than a $100 million to the COVAX program, the global collaboration effort to accelerate the development, production and access to COVID-19 tests, treatments and vaccines, co-led by Gavi, the Coalition for Epidemic Preparedness Innovations (CEPI) and the WHO.

The delay in securing the Ministry of Health’s contract with the company producing the Pfizer vaccine is not surprising, in Jiyad’s opinion, as such matters are often riddled with potential corruption pathways.

This report was translated from Arabic by Rita Khadra.