Daraj
January 23, 2021
Menu
Daraj has learned from more than one source that this legal process is not limited to Switzerland, but that similar cases have started taking place in Britain, France and the United States of America.

What we revealed at Daraj regarding a potential Swiss decision to freeze the Governor of Lebanon’s Central Bank Riad Salameh’s accounts in their banks, has now been confirmed by a deputy in the Swiss Parliament, Fabian Molina.

“For more than a year, I had been placing political pressure to stop suspicious financial operations related to Lebanon,” Molina tells Daraj. “I was in Beirut on November 2019, I watched the demonstrations and I know how much the Lebanese people have suffered because of the corruption and the theft of their money. It’s not just about the information we received regarding the transferring of billions of dollars to Switzerland. It was clear to everyone who wanted to see it, that there was a big problem.”

“It is regrettable that the Swiss government could have put an end to this matter, but failed to do so,” He continues. “The Swiss government had indeed received a request from the Lebanese authorities – which was a very unorganized file that had lacked a lot of data – but regardless, it was able to do something about it, but it didn’t. I think things here changed dramatically after the August 4th bombing. What we know now is that 400 million dollars from his account have been frozen.”

At the time that we broke the news, Daraj’s report was attacked with a media campaign that denied our facts, during which major Lebanese television stations and websites questioned the truth of the news about the Swiss judiciary summoning him and freezing his accounts in Switzerland, describing him as “the best central bank governor in the world.”

On the other hand, a spokesperson for Accountability Now, an organization established in 2020 by Lebanese and Swiss human rights defenders, with the aim of achieving accountability and recovering the Lebanese stolen money, confirmed to Daraj that “the judicial process has begun and will not stop, and that the Swiss judiciary will pursue the case even if the Lebanese judiciary rejects cooperation.”

The organization’s spokesperson said that several requests from more than one party called on the Swiss authorities for months to investigate transfers made by Salameh in light of the ongoing financial crisis. Among these requests, a file submitted by the organization itself was based largely on the investigations conducted by “Daraj” with the OCCRP website last November.

In this context, Daraj learned from more than one source that this judicial track is not limited to Switzerland and that similar cases have opened in Britain, France and the United States of America.

Press sites and news agencies in Beirut had reported that the Lebanese Attorney General, Ghassan Oweidat, had heard Salameh’s defense regarding a transfer of 240 million dollars to the his brother, Raja, and his assistant, Marian Howeik’s accounts.

According to more than one legal and parliamentary source in Switzerland, Salameh’s accounts in Switzerland, as soon as a judicial investigation is opened, are considered frozen. They also confirmed that before any legal step related to reaching out for help from the Lebanese side is taken – if there are enough doubts about that process, they will freeze his balances as a precaution, in order to prevent the concerned person from smuggling his money. According to Swiss law, the person concerned is not informed of the freezing of his/her funds because this freeze is precautionary and not final, but the decision to inform the person or not remains in the hands of the bank and depends on the depositor’s relationship with the bank.

“I expect that the Lebanese authorities will cooperate, and if they do not, the judicial process will still continue in Switzerland,” Molina continues. “So far, only the Attorney General’s office has acted, but I hope and believe that the case will not stop there … This case concerns Switzerland as much as it does Lebanon. Our banks have failed to do their duty, to prevent the arrival of funds related to corruption and money laundering. They must also be held accountable and there are institutions that will have to do this.”

“Personally, I was more than ashamed of my country’s position,” He added. “I told you that I was in Beirut and watched the demonstrations and heard the Lebanese people demanding the trial of those responsible, and we must do our part in this regard instead of receiving money that was stolen from the people. In fact, I do not know what constituted the turning point that led to this result, but what I do know is that there was a backlog over months … the movements of civil society and the press, but perhaps more than anything the Beirut explosion and its direct relationship with issues of corruption. Less than a week after the bombing, we started to feel here that something here had changed. The prosecutor can no longer turn a blind eye.” 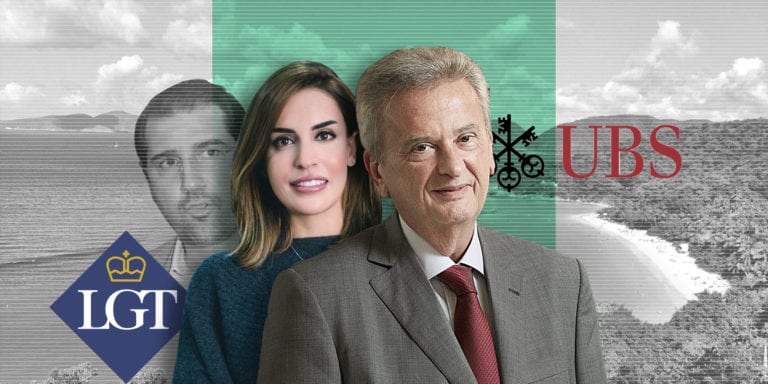