Egypt’s Prisons: Heaven for the Rich and Corrupt, Hell for Dissidents and Poor

Khaled El-Masri
Egyptian Journalist
January 12, 2021
Menu
While most Egyptian detainees suffer from torture, ill treatment and inhumane penitentiary conditions, musician Hani Mehanna recently described the life of luxury he enjoyed in one of the country’s five-star prisons for the rich and famous

“Mohammad and his colleagues were beaten and assaulted from 11 am to 3 pm,” said Haitham Salah, brother of journalist Mohammad Salah, who is detained in the Dar-Al Salam police station in Cairo. “First, they were stripped of their clothes, hung upside down and beaten with clubs and water pipes. Then all matrasses were removed and the cell floors flooded with cold water. Fourteen prisoners in total were savagely beaten and stripped of their clothes, and are now sleeping on a floor flooded with water.”

“My brother and those detained with him in cell “6 Old” are dying amidst a media blackout,” Haitham continued. “They are probably being assaulted and beaten right now. The lives of Mohammad and his colleagues are at stake. All we ask for is to have them presented before the prosecutor to hear their statements concerning the charges filed against them, and to be checked at the forensic medicine department as well.”

Mohammad Salah was arrested in November 2019 in a cafe in Cairo’s Dokki district alongside journalists Solafa Magdi and Hossam El-Sayyad. On November 27, he was accused of “joining and financing a terrorist group and spreading fake news using a social media account.”

According to the Committee to Protect Journalists, the prosecutor ordered them to be detained for 15 days pending investigation. Ever since, prosecutors have repeatedly renewed Salah’s pretrial detention by 15 days.

According to Haitham, his family had not seen Mohammad since detainee visits were suspended, due to the coronavirus measures taken last March. Salah was taken to the Dar Al-Salam police station in July in order to be released on August 24.

To his surprise, however, the release order was overturned and the prosecutor again charged him with membership and funding of a terrorist group and spreading false news on social media – acts he allegedly committed while in prison. Once again Mohamed was detained pending a new investigation.

Since March, Mohammad’s family have only been able to send him simple items twice a week, as they were not allowed to see him. Because of that, the family filed a complaint with the National Council for Human Rights (NCHR) and Council of Ministers, with as a result that they on December 18 were at last granted an exceptional visit for a few minutes. The family’s humble success prompted other detainees’ families to follow suit. They too filed complaints and reports in an attempt to see their relatives. However, this sparked the anger of police officers who treated the campaign as a call for even more abuse and ill-treatment, according to Haitham.

A Five-Star Prison for the Elite

While Mohammad Salah and his colleagues suffer torture and ill treatment in the Dar Al-Salam police station, musician Hani Mehanna in the radio program Horouf Jarr, which is hosted by outgoing MP Youssef al-Husseini, unveiled the very different prison life he lived in the company of the sons of former president Hosni Mubarak, his interior minister, Major-General Habib Al-Adly, several former high-ranking police officers, and two business tycoons, namely, Ahmed Ezz, accused of profiteering and corruption, and Hisham Talaat Moustafa, who serves a prison sentence for the murder of Lebanese singer Suzanne Tamim.

“I was imprisoned in Tora Prison and met Al-Adly, Jamal, Alaa Mubarak, and a bunch of former high-ranking officers,” said Mehanna, who was convicted for fraud. “We were imprisoned in two buildings with a capacity of 3,000 prisoners, yet we were only 16 inmates. We had all the luxury. Hisham Talaat Moustafa built a mosque furnished with the finest carpets and Ahmed Ezz built a gym and spa, complete with the latest equipment, including table tennis tables and billiards.”

“The moment I was in prison, Alaa Mubarak brought me a TV screen, and Jamal brought me a refrigerator,” Mehanna added. “All these things were theirs, and were indispensable to them. We also used to form two teams and play football, with Habib Al-Adly as referee.”

Mehanna’s statements fanned the flames of anger on social media, as it provoked the families of the prisoners of conscience and dissidents who are suffering under the harsh detention conditions, which are worse by the day.Mehanna’s statements coincide with the torture and harassment campaign launched by the political prisoners held in the Dar Al-Salam police station, alongside thousands of prisoners in other prisons and police stations across Egypt.

Human rights lawyer Yasser Saad said that prisons and police station wards are terribly overcrowded. As prisoners are having a hard time sitting, sleeping and moving around, they have adopted the “hand’s span and fist” rule, which refers to the space allocated to each prisoner to sit.

To sleep prisoners use the “cramming” rule, which is to sleep with the feet of one prisoner in front of the face of another, in order to save space. Furthermore, the prisoners sleep in shifts, as there is not enough space for everyone to lie down.Saad told “Daraj” that relieving oneself is another problem. The prisoner has to reserve a place in a queue to use the restroom and wait long. Many use the “urine bottle.” Bathing is an unreachable luxury in many detention facilities.

Heba Anees, the wife of dentist Walid Shawqi, who is detained for “aiding a terrorist group to achieve its goals,” said she felt a deep pain after hearing Mehanna’s statements about the conditions in the elite prison. She burst into tears when she remembered the hard time she had trying to convince an officer to allow for an extra quarter of a kilo of cheese and a pair of socks for her husband.

“We all know the luxurious life the rich, the ex-ministers and top Mubarak-era officials are enjoying in prison,” she told Daraj. “But we could never have imagined it was this offensive. Some people serve their sentence in heaven, others in hell.”

Egypt’s prisons have adopted a policy of systematic torture and medical neglect targeting activists, political prisoners and prisoners of conscience. A 2016 report by Human Rights Watch (HRW) described the conditions in the heavily-guarded al-Aqrab prison as: “living in graves.”

The Al-Aqrab prison administration does not allow prisoners the necessities for personal hygiene, which includes: soap, shampoo, combs, toothpaste, toothbrushes, razors, dishes, food utensils. Nor other items, such as: watches, books, prayer mats, paper, and stationery. Newspapers and books are prohibited, except for, in some cases, school books.According to HRW, denying access to basic personal hygiene products leads to diseases, such as skin infection. The prison cells have no beds. Inmates sleep on low concrete slabs. The relatives of prisoners told HRW that detainees never slept on mattresses, but on two or three blankets provided by the prison authorities, or on folded cardboard boxes.

The Community for Justice organization reported 958 deaths in Egypt’s prisons between July 2013 and November 2019.

Last October, Daraj published the report Hanging or Illness: Death Is the Inevitable Fate of Opponents of the Egyptian Regime that highlighted the various forms of abuse and illegal practices Egyptian prisoners of conscience and political dissidents must endure.The head of the National Council for Human Rights, Mohamed Fayq, admitted: “We are denied access to some prisons and don’t know anything about them.”

The Daraj report also found that prison officials were never punished. The Interior Ministry did not even question them in case of deaths, which are routinely registered as being the result of “circulatory failure and cardiac arrest.”

The family of journalist Mohamed Salah have moved to save him from torture, while the lawyers of the Association of Freedom of Thought and Expression have filed a complaint on behalf of Salah against the commissioner of Dar Al-Salaam police station to protect his life.Salah has demanded to be transferred due to the systematic violations of his rights, which includes his family being prevented from visiting him, no access to clothing, food, and tools, as well as the fact he was assaulted in the police station. 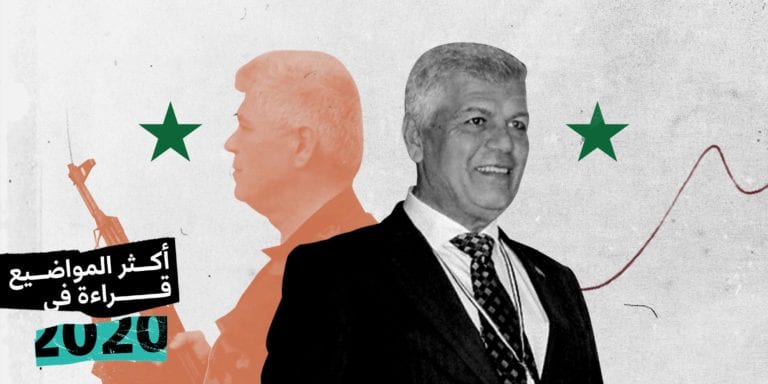