Trump and the Dictator Toolkit

Ghalia Al Alwani- Syrian Journalist
January 8, 2021
Menu
Trump’s actions throughout his time in power resembled in many ways those of an Arab dictator; the past four years under his reign sort of exposed the United States to have been a similar authoritarian regime to those we’re used to, except perhaps with a much higher budget.

On Wednesday afternoon, a pro-Donald Trump mob stormed the US Capitol during the ceremonial counting of electoral votes that were to confirm President-elect Joe Biden’s win. The events were the first of their kind in the entire history of the United States, but they felt incredibly close to home for all those residing in the Arab region.

It wasn’t long before the jokes and the comparisons began to be published on social media; in Lebanon, contrasts between Trump’s supporters and the Hezbollah mobs that would often cause chaos and disrupt democracy on the streets, and their similar associations with their likes in neighboring countries were shared humorously between citizens, almost feeling united in their helplessness with American residents today. The Middle East is no stranger to hate speech and its consequences on the masses.

In fact, Trump’s actions throughout his time in power resembled in many ways those of an Arab dictator; the past four years under his reign sort of exposed the United States to be a similar authoritarian regime to those we’re used to, except perhaps with a much higher budget.

As I witnessed the anger and violence with which these mobs went about storming the iconic Capitol, I couldn’t help but recall the words of Alaa Al Aswany in his book, the Dictatorship Syndrome, where he outlined a checklist that makes a dictator, using Egypt’s former president Hosni Mubarak as his main study, with other examples of infamous dictators both from the Arab and Western world. As I revisited the book, I found Trump checking off every description on the dictator checklist.

“Without exception, every dictator who has seized power in the modern era has ridden the crest of a conspiracy theory,” writes Al Aswany. The conspiracy theory is a tool that reaps many benefits to the dictator in question, according to Al Aswany, and he outlines the ways in which they do that below.

Firstly, it tarnishes the image of any opposition to the leader, likening it to betrayal of the nation, which makes it easier to incite unconditional hatred towards them. This comes alongside fear-mongering, a dangerous tool, because those believing his accusing would genuinely be fearful that this conspiracy against them would triumph, and that their lives would be harmed greatly.

“The masses, bewitched by their leader’s charisma and believing in the conspiracy theory, will resent, despise or even kill members of the opposition if they can, since in their eyes the opposition is made up of traitors and operatives carrying out a conspiracy against the nation,” explains Al Aswany.

This isn’t difficult to apply onto the situation in the US: Trump had continuously pitted the Democrats against his followers, using ideology to make those following him truly believe that those who don’t agree with them want to do great harm onto the nation.

Secondly, the conspiracy theory is powerful in that it prevents the dictator from being held responsible for his crimes. Anytime he makes any mistakes, he would attribute the failure to the great conspiracy, whatever it may be, and “the masses will cling to him even more, as he is the only one capable of challenging the conspirators.”

There is no better example of Trump doing this than in his handling of the coronavirus pandemic; his lethal failure in combating COVID-19 was extremely well documented: from his misplaced overconfidence, to his silencing of expert medical opinions and his fixation on the economy over the well-being of his citizens. Regardless, Trump blamed absolutely anything but himself when it became more than apparent that the US was going through a major medical crisis.

He accused the Chinese government, the World Health Organization as well as the democrats for “exaggerating the danger of the virus”. Turning the dialogue into one about a travel ban on China was especially effective, as it took away from his fatal management of the situation and rather focused on his “brave” decision to keep Americans safe from “dangerous” foreigners. Everything and anything that involved any criticism against him, was a conspiracy by those who intended harm, and he would address it in that manner in every response he gave in the aftermath.

Third, a conspiracy theory could be so dangerous if presented as such, that it allows for an excuse to postpone democracy for the sake of ‘security’ from an urgent harm. “A dictator generally speaks in great detail about the circumstances his country is passing through as if it is the circumstances that prevent the present application of democracy,” explains Al Aswany.

In the lead up to the events at the capitol, the Washington Post had exposed an hour-long phone call Trump was on with the Georgia Secretary of State, where he repeatedly urged him to recalculate the votes, and insisting that there are 11,780 missing ones. Although it’s been more than obvious that by democratic process, Joe Biden has been objectively elected the next President of the United States, Trump’s conspiracy theory around the “lost votes” is so critical and damning that it allowed his followers to shun ‘democracy’ to the side and ‘revolt’ in his honor.

“There’s no way I lost Georgia, there’s no way. We won by hundreds of thousands of votes,” Trump tells the secretary, continuing to emphasize the conspiracy.

“The States want to redo their votes. They found out they voted on a FRAUD. Legislatures never approved. Let them do it. BE STRONG!” was one of Trump’s tweet from the same day his supporters stormed the capitol.

The Dislocation of the Intellectual

Trump’s phrase: “fake news”, will forever be remembered by members of epistemic communities who for the first time in the US felt demoralized and completely ignored during his time in office. He waged a war against journalists, likening anyone who exposes him to the enemy; they were traitors to be hated, not believed. He did the same thing with medical experts during the COVID 19 crises, tampering with scientific facts and avoiding listening to anyone with any experience in the field.

“When a dictator attains power, intellectuals are displaced from their natural duty to enlighten minds and provide an impetus for intellectual activity.”

Last month, a coronavirus subcommittee within the US House of Representatives released a report documenting 47 times scientists were ignored or their suggestions altered. Trump had even threatened that if he were to be re-elected that he’d fire Dr. Anthony Fauci, who has been heading the National Institute of Allergy and Infectious Diseases since 1984, and was often seen as the only voice of reason during the pandemic in the US (after many instances where he had gravely discredited Fauci’s words during the crisis itself).

Intellectuals have no place in authoritarian regimes, as they may sway the masses away from their manipulative dictator towards reason, a complete enemy in an effective dictatorship. A “successful” dictator relies on sentiment, and not logic:

“A dictator never speaks to the intellect but works on the emotions of the masses who submit completely to their feelings, who do not engage their intellects and instead empathize with the dictator… it’s a form of mass hypnosis,” writes Al Aswany.

Trump’s consistent hateful, aggressive, and accusatory speech had consequences; much like the Arab authoritarian regimes/occupying powers had consequences in relation to giving birth to a new era of terrorism. Continuing to manipulate the masses to believe that everyone outside of the supporters of the leader’s circle were out to harm them, and that they would be helpless without him, will ultimately lead to a toxic feeling of victimhood and a poisonous defensiveness. Trump’s incessant painting of the opposition as extreme, dangerous and “out to get us”, is a device used by the same groups Trump claims to be terrorists in this region.

It would’ve been too easy for all the years of damage he’d inflicted with his words to pass peacefully; if his army of terrorists was built only during his term in office, by replicating the dictator toolkit, imagine what the men who hold the reigns over the Middle East have cultivated over the past decades. The Trump narrative has taught us how truly effective these tactics are, but now after the lessons learned from the Arab Spring the question remains: if the effects of an aggressive dictator remain imprinted on the masses long after he is ousted, how do we begin to reverse this?

Tracy Jawad
Refugees will continue to face the perils of their journey, chasing a future stolen from them back home.

Syria: New Generations of Robbery and Corruption within the Assad Family

Maksim Othman
The Syrian coast has seen a younger generation of the Assad clan rise to power. Controlling smuggling routes and extortion rackets, Bashar’s cousins grew rich and powerful, at times challenging the regime itself.

Can Marwan Barghouti return the Palestinian issue to Palestine?

Diana Moukalled
In the current era of decadence, nearly all republics, monarchies and princely regimes in the Arab region prefer the value of blood, kinship and anxiety over freedom, competence and political participation. Jordan is no exception. 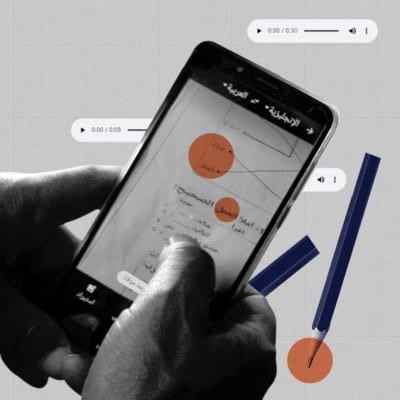