Gaza Faces COVID with a Healthcare Sector that Needs Rehabilitation 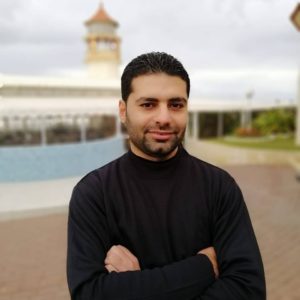 Salem Al-Rayes
Palestinian Journalist
December 24, 2020
Menu
The health sector in Gaza continues today thanks to emergency intervention here and quick assistance there, without any regularity in aid or a clear plan that the residents can rely on even for the few days to come.

On the evening of August 24, months after the global outbreak of the pandemic, the Ministry of Health in the Gaza Strip discovered the first Coronavirus cases. At that time, Deputy Minister of Health, Dr. Yousef Abu al-Rish declared in a press conference, “After the first case was discovered, we moved from the prevention plan to the virus-control plan, which is based on containing the total number of active infections to a minimum of two thousand, and the number of daily new infections to 280.”He made clear that any increase in those numbers would affect the quality of service, and the health system would collapse.

However, by mid-November, the number of daily infections exceeded 300 cases and the total number of active cases jumped to more than 3,100, according to the daily epidemiological health report, without the ministry announcing a complete collapse of the country’s health system. How can we combat the virus today in a sector housing two million people, living in an area of no more than 365 square kilometers and facing an Israeli blockade that has been imposed for 14 years?

At the end of December, we contacted ten persons infected with the virus, all of whom had chosen home isolation after the Ministry of Health had told them to choose between home isolation and quarantine hospitals. The Ministry approved the home isolation of these cases, except for those whose health condition requires special medical care, or those who do not have suitable conditions for home isolation. But eight of them complained that the Ministry representatives did not come to take samples of their contacts inside their homes, although more than a week has passed since home quarantine. Asking the Ministry of Health spokesman Dr. Ashraf Al-Qidra about the matter, he said that the reason is the increasing number of those who exhibit symptoms during this period.

“The central laboratory is operating within a limited capacity, not exceeding 3,000 daily tests, consequently, the number of contacts has accumulated to reach about 17,000. The teams have not been able to take all their swabs yet,” he adds, “The Ministry of Health has to examine about 2,000 people who exhibit symptoms daily and about 5,000 contacts. But due to limited daily samples and increased prevalence, the lab focuses on testing those who exhibit symptoms, especially the elderly, indicating that some cases may be infected without showing symptoms, undetected or added to the Ministry’s daily data, due to limited testing.

As the Ministry is about to announce the complete breakdown of the healthcare system, The World Health Organization, with a grant from the State of Kuwait, managed to enter 15 ventilators to the sector, which helped to raise the number of intensive care beds to 150, after the Israeli occupation procrastinated and denied access to the medical equipment for about two weeks. A third PCR device has also been delivered to the sector’s Central Laboratory, increasing laboratory capacity to about 2,500 to 3,000 daily tests.

One of the biggest challenges facing the healthcare sector today is that laboratory materials are no longer regularly available for the central laboratory, which was forced to stop working on December 6, for two days after it had run out of the necessary materials for testing. Two days later, on December 8, the World Health Organization (WHO) responded and sent 19,500 laboratory samples sufficient for only eight days at maximum testing rates.

Changing the protocol approved by the World Health Organization and adopting the provision of oxygen to patients as an alternative for ventilators, also made matters more difficult. The oxygen production capacity in the sector’s hospitals was limited during the second half of November to 1,100 liters per minute, while each of the 100 patients classified “in danger” needs 60 liters per minute, sufficient for less than one-fifth of the total number of patients. The only possible solution was to resort to companies, especially oxygen producers, at $155,000 per month, but Qatar announced on November 29 a donation of $55,000 of the total cost, to support the health sector.

A Dilapidated Health Sector before Coronavirus

By going back a little, it is clear that the discovery of the first infection was not the only danger to the Gaza Strip, but also the efficiency and readiness of hospitals in terms of medical equipment and personnel, all of which have been depleted for the past 20 years because of the Israeli bombardment that directly targeted hospitals and medical crews. The Israelis also prevented or delayed the delivery of medical equipment and medications by controlling the Rafah crossing, the only commercial crossing with the outside world, which weakened the health system and its efficiency. This prompted the Palestinian Ministry of Health to prepare an early plan for combatting the virus, with the available facilities, for example, 110 intensive care beds and 96 ventilators, one per 33,333 people, according to a statement by the Al Mezan Center for Human Rights.

The Ministry began to implement its plan in March 2020, when it imposed a 21-day mandatory health quarantine on returnees from abroad in hospitals, hotels, and schools. A plan was prepared in advance, to detect 109 infections among returnees, 72 of whom had recovered before the first case was detected inside the sector, and one woman with a chronic disease died.

The Ministry had prepared a 59-million-dollar plan, which was presented to donor countries but found no support. They then decided to quickly set up a central laboratory, for PCR examinations, with one laboratory device, with a maximum capacity of 1,000 samples per day.

In mid-August, however, military actions between the Israeli Army and Hamas escalated and lasted for about ten days, as a result, the Gaza power plant was out of service, reducing the hours when power is available to less than four hours a day, as Israel closed the commercial crossing, banning the entry of fuel, which depleted fuel tanks in hospitals. Additional pressures were imposed on the health sector, which coincided with the discovery of the first coronavirus case in the Al-Maghazi refugee camp in the center of the strip.

The discovery of the cases continued in different places, which confused the citizens who found themselves between the hammer of a military operation and the anvil of a pandemic that was spreading, so the Ministry of Interior decided to impose a curfew, to prevent the spread of infection, and so that doctors could follow and identify the contacts of the infected cases.

Inside the European Hospital, in late August, the MOH allocated only 50 beds to receive Coronavirus cases, and added a laboratory device donated by the State of Qatar, raising its laboratory capacity to two thousand daily examinations, as Al-Qidra told Daraj. On August 25, the Central Laboratory began conducting 558 tests and the daily number gradually increased as the virus spread among the contacts, reaching 2,000 tests on September 20.

Therefore, Gaza’s health sector continues to operate today thanks to emergency intervention here and rapid assistance there, without any regular assistance or a clear plan on which the residents can depend for even a few days to come.