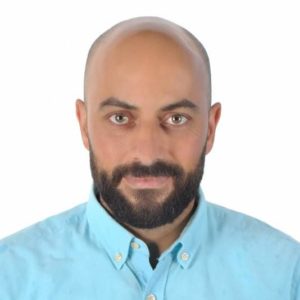 Firas Tawil
Palestinian Journalist
December 23, 2020
Menu
Those who examined the pattern of the epidemic will notice the government's laxity in enforcing health protocols across sectors, as well as their poor commitment to preventive measures such as wearing masks and keeping a social distance.

The healthcare system in the West Bank seems to be overwhelmed, as a result of the increasing numbers of Coronavirus cases. According to Dr. Kamal Shakhra, the Palestinian Ministry of Health spokesperson, the 23 Coronavirus-treatment centers and public and private hospitals in the West Bank reached their full capacity in mid-December, so they could no longer accept new cases in dire need of intensive care or ventilators. A gloomy reality that cast a shadow on the healthcare system that is on the verge of the worst-case scenario.

The major shift in the course of the pandemic began in September when the number of deaths jumped to 195, compared to 88 last August. Even though the number of infections seemed to be slightly decreasing in October as it reached 187 cases, this was mainly because Coronavirus testing has declined due to the lack of the necessary testing kits. The epidemic curve has jumped again in November to 267 deaths, then 285 in the first two weeks of December. As for the total number of cases in the same period, it reached 126,000 cases, according to MOH data.

This data has prompted the Palestinian government to take some measures at the end of November. It began with night curfew and lockdown on Fridays and Saturdays in all governorates, then full lockdown was imposed on four governorates 10 days after taking the first step. The lockdown coincided with the opening of new departments for Coronavirus patients and providing additional devices to handle serious cases. The government also announced stricter punishment for those who violate governmental measures, in an endeavor to save the country from the worst-case scenario. The governmental measures include school closures, and banning inter-governorate travel, and reduce the workforce attendance for employees across sectors to 30% until the new year.

But what is this possible worst-case scenario, and are we on the verge of such a scenario, or are we already there?

Communicable and infectious diseases specialists agree that the worst-case scenario would be the inability of the healthcare system to absorb such a hike in serious cases in dire need of intensive care and ventilators, especially those with chronic diseases, the elderly, and the people with weakened immune systems. Most dangerously, cases among the medical staff have been alarmingly increasing, as they reached 295 active COVID-19 cases (until 10/12/2020). Dr. Ali Sabateen, a specialist in communicable and infectious diseases and a member of the Palestinian Epidemiological Committee, believes that the real collapse of the healthcare system would take place when the medical staff has to compare the Coronavirus patients to choose those who have the priority to be put on ventilators. He also warned that this stage is looming as long as the epidemic curve keeps increasing, given that most of the hospitals are no longer able to accept new cases in intensive care. Moreover, the death rate reached 0.9% of the total cases, the worst-case scenario would take place if it reached 3-4%, according to Sabateen.

Dr. Fathi Abu Moghli, the former Minister of Health, agrees with Sabateen, and adds that the catastrophic scenario of the pandemic situation would be the infection of a large number of the already-limited number of medical staff, which is 1.2 doctor per thousand people, and consequently, the inability of these staffs to handle the increasing numbers of the coronavirus cases, while the winter increases the pandemic risk, not to mention the huge number of seasonal influenza cases which inevitably exhaust the already-overstretching healthcare system.

To avoid such collapse, Dr. Sabateen stressed that the government should consider the recommendation of the Palestinian Epidemiological Committee to impose a two-week lockdown on the West Bank to provide ample opportunity for the healthcare system to recover. He also noted that the lockdown would not solve the problem but shall slow it down for a while and allow the serious cases to make use of the intensive care units and ventilators. He believes that the lockdown contributes, even partially, to the social distance to break the cycle of the virus outbreak, given that the incubation period of the virus could reach two weeks.

On the other hand, former Minister Dr. Abu Moghli calls for strengthening control procedures instead of solely depending on the lockdown policy, given that Palestine’s economy could not compensate those affected. He also highlights the importance of relying on citizen awareness by increasing the level of awareness from all governmental, private, and civil bodies. He also criticizes the weak control procedures, “There are hardly any controls, the security institutions underperformed on the ground, and failed to observe the utmost accountability under the Emergency Law declared in Palestine since the pandemic was detected in March.”

He believes that “strict control procedures in parallel with raising awareness and providing vaccines, are all steps that could control the pandemic situation, amidst the critical situation of the country and the accompanying political and tribal considerations along with the discrimination in the application of the procedures.” Most importantly, according to the former Minister, new centers should be inaugurated to treat Coronavirus cases, a larger number of medical personnel should be trained, and the necessary medical devices should be provided. It’s also necessary to not neglect the other uninfected-with-Coronavirus patients so as not to reach the stage of (Those who would not die of Coronavirus, would die of other diseases),” says Dr. Abu Moghli.

Dr. Shawky Sobha, the head of the Doctors Syndicate, calls for protecting high-risk groups for Covid-19, namely, the elderly and people with health conditions, given that 80% of the Coronavirus cases do not show symptoms, and only 4% of them need urgent care, half of which suffer from chronic diseases. He believes that the key to overcoming the predicament is voluntarily committing to the preventive measures of wearing masks and social distancing.

The Elderly Are at Risk

Early in December, Muhammad Suleiman, 70 years old, was admitted to Salfit Governmental Hospital after he showed Coronavirus symptoms. He was suffering from respiratory problems and high body temperature, and he already had kidney failure. Suleiman was denied a bed in intensive care and was not transferred to another hospital after private and government hospitals refused to admit him, claiming there are no vacant beds. Hours later, his death was announced and was registered under the Coronavirus deaths that exceeded 1000 in the West Bank until mid-December.

The same scenario happened with Randa Saqf al-Hitt, a 75-year-old woman, who was taken to a hospital in Nablus where she lives. After she suffered from acute dyspnea and a high temperature that rose to nearly 40°. She waited for hours to have a vacant bed in the intensive care unit after a patient’s condition improved, as the other hospitals contacted maintained they had no available beds to receive new cases. She remained in intensive care for 17 days before her death was announced.

Violations by people who did not commit to the precautionary measures in the West Bank.

In the first six months of the pandemic outbreak in Palestine, the health protocol provides that the patient’s contacts must be examined, but it changed at the end of October to be limited only to those who exhibit Coronavirus symptoms. This means that the outbreak map is out of control with an alarming hike in the numbers of infections and deaths. To explain that, the Minister of Health, Dr. Mai al-Kaila attributed it to several factors, including that most of the deaths were of people suffering from chronic diseases, and that other cases needed oxygen because they suffered from respiratory diseases, while some other Coronavirus cases arrived at the hospital in an advanced stage, as the lungs were fully collapsed and they had already reached the point of no return, as she put it.

But those who examined the pattern of the epidemic will notice the government’s laxity in enforcing health protocols across sectors, as well as the poor commitment to preventive measures such as wearing masks and keeping social distance. The summer, for example, witnessed several wedding ceremonies held at home because the wedding halls were closed, funeral homes were opened on various occasions, while the markets were uncontrollably opened. Consequently, the number of infections and deaths were doubled by autumn. This happened despite the Palestinian police issuing more than 154,000 violations against those who did not comply with the preventive measures in the West Bank, according to the police spokesman Louai Erzikat. It is worth mentioning that, most of the violations were in city centers, while the controls in the rural areas and camps were very poor.

This article was carried out with the support of the International Media Support (IMS) and in cooperation with “Rozana” Media Institute and the Yemeni platform “Khuyyut.”