Syrian refugees in Yemen: When the Coronavirus Becomes More Severe than the War 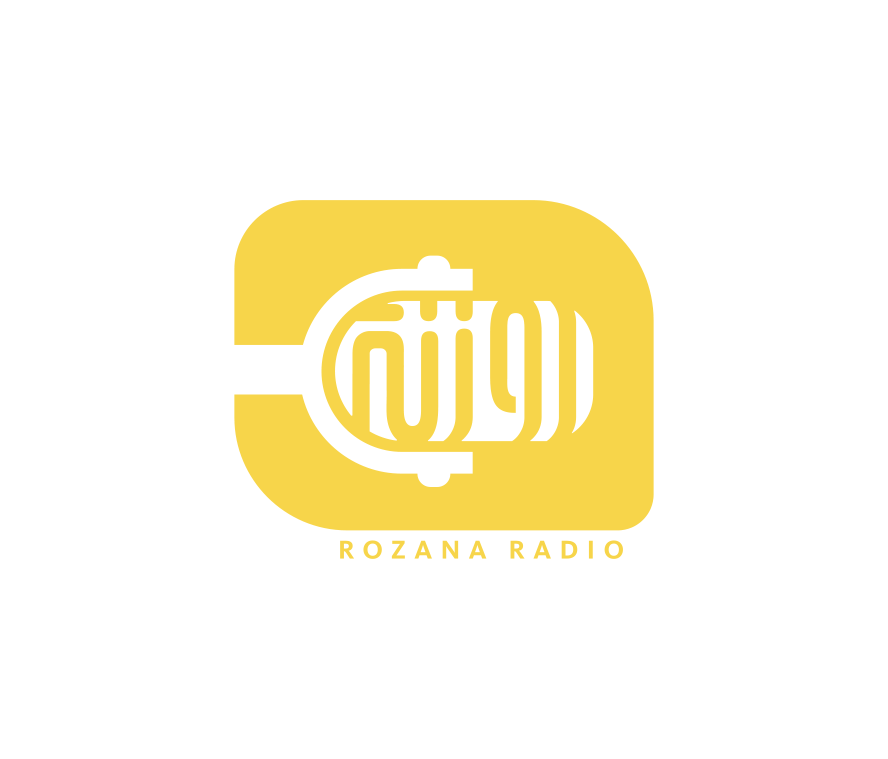 Radio Rozana
January 1, 2021
Menu
The Syrian war has imposed a massive migration of Syrians outside their country in search of a safe haven. Some of them chose Yemen, also experiencing a war, an epidemic, and multiple humanitarian crises, which the Syrian refugees have not managed to escape from ...

“We kept our heads above water” that’s how the Syrian Shanay al-Droub put the nine years she lived in Yemen as a refugee in a nutshell. That was before Coronavirus cast its dark shadow on her family when she became unable to make ends meet.

In July 2012, the thirty-year-old woman left with her husband and their two-and-a-half-year-old daughter and few members of the family in the city of Manbij in the Aleppo country, and fled to the Yemeni capital, Sanaa, after the unrest that followed the Syrian Revolution outbreak reached their neighborhood.

“Early in the year of 2011,” says Shanay, “a curfew was imposed from 6 p.m. owing to the bombings, sniping, and kidnapping.”

Asked about the reasons why they chose Yemen to be their country of asylum, she answered saying: “At the time of the crisis, we had no choice, and due to the fact that my husband worked in Yemen for six months in 2010, during which he got acquainted with the country and because life’s cheap here, my husband thought he might have a chance in his métier in Yemen.”

Among the reasons that drove the family to choose Yemen is that “The prices of the airline tickets to Yemen were the cheapest. We paid 45,000 Syrian pounds (710 dollars) for a ticket,” explains Shanay.

Feras al-Droubi, Shanay’s husband and cousin, took with him during his journey the Metal Forming Machine he owned to establish a small workshop in Sanaa where his brothers and Shanay’s brother helped him to operate.

The number of Syrian refugees registered on the lists of the UN High Commissioner for Refugee in Yemen (UNHCR) reached 4,005 refugees at the end of November 2020.

The metal forming workshop provided a decent life for the family, “Our average spending was about 100 dollars a day. We lived a decent life as we used to in Syria, we bought various kinds of food, fruits, and desserts. Our expenses were huge, as we are mainly an extended family and we spend a lot.”

Shanay gave birth to three children in Yemen, while Feras’ sister-in-law gave birth to a child, extending the family members who lived in a rented house to be 11,” she says.

“We live in a house with four rooms. My husband and I stay in one of them, Feras’ brother stays in another with his wife, the children stay in another, and the last one is dedicated for my single brother and Feras’ brother,” explains Shanay.

The conflict broke out in Yemen but with no serious damages to the family, as the family continued to sustain enough income to meet its basic needs,” Shanay tells Rozana.

The number of Syrian refugees registered on the lists of the UN High Commissioner for Refugee in Yemen (UNHCR) reached 4,005 refugees at the end of November 2020.

Since September 2014, Yemen has endured the scourges of the armed conflict, which developed in March 2015 into a war between the Iranian-backed Houthi militias and the forces of the Yemeni president Abd Rabbu Hadi Mansour, who is backed by the Arab Coalition forces led by Saudi Arabia.

The city of Sanaa, where the Syrian refugee family lives, was the battleground of the conflict that caused “The largest humanitarian disaster in the world,” according to the United Nations.

In 2015, the workshop was bombed, which led to being out of work for two months before the work resumed without the family being affected. In November 2018, Feras and Shanay’s brother were arrested, because of a dispute on money dues for a job they made for some Yemeni authorities, and they were released in January 2019.

“After my husband and my brother were released, a decision was issued to prohibit all the family members from working. As a result, my husband gave up the workshop and bought all the goods as scrap iron for 40,000 riyals (only 160 dollars,)” says Shanay

“The UNHCR in Yemen could only provide cash assistance to a small group of refugees, which is limited to the widows, divorced women, people with physical and mental disabilities, and those with chronic diseases who are unable to work, while its standards exclude the under-sixty refugees who can work without any cash assistance,” says al-Tal.

These standards have left the al-Droubi family, who is registered on the UNHCR lists, without any financial aids even after they lost their sole source of livelihood and their members were denied work by a decision by a security authority, Shanay tells us.

The family ignored the decision, as the men worked on a daily basis, and the women began to make and sell detergents and personal care products inside their house. “Our men became workmen, after they were the owners of their business” says Shanay, referring to the declined income the family experienced but not to the extent of preventing them from their basic needs. 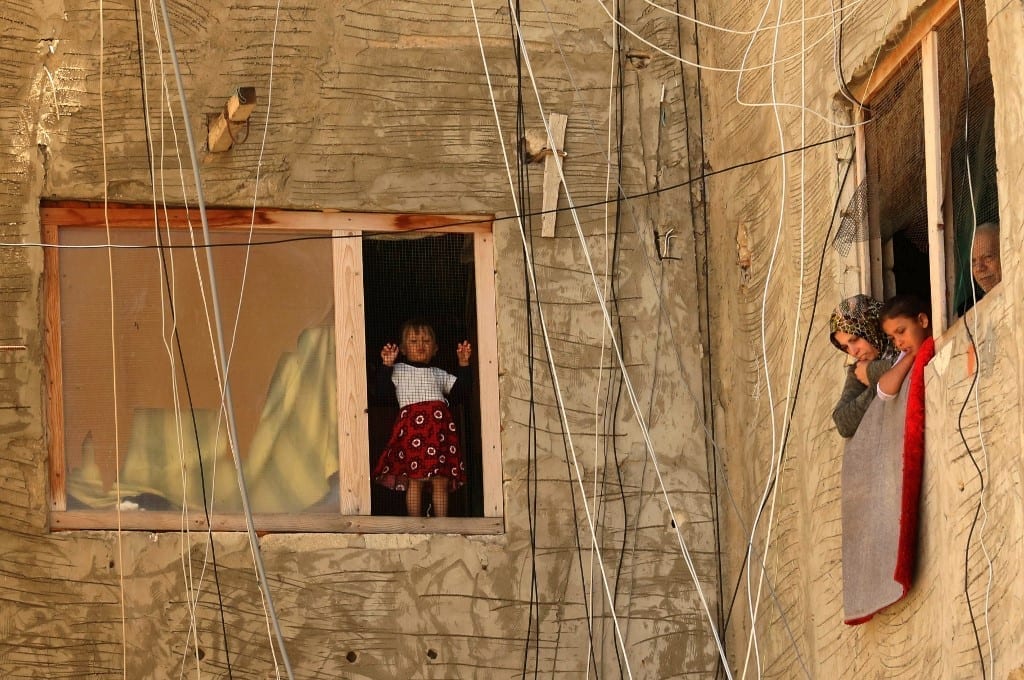 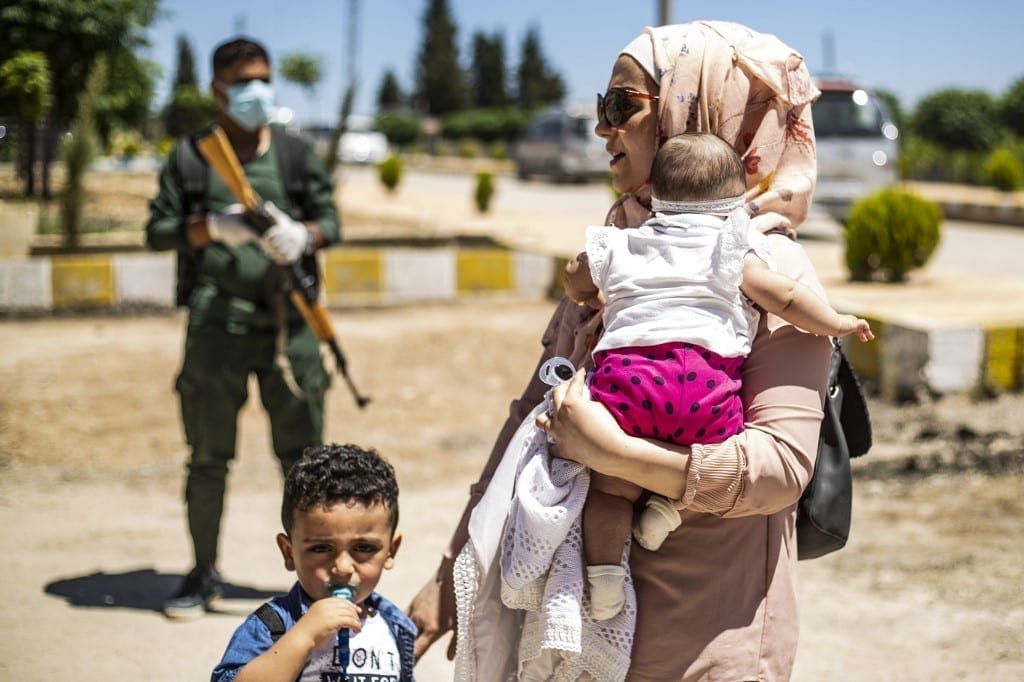 What Happens After The Coronavirus?

On April 10, 2020, the first Coronavirus case was detected in Yemen, and its outbreak added “A new level of misery to the Yemenis lives,” as Human Rights Watch described the situation.

The al-Droubi family was not safe from such misery imposed by the epidemic on Yemen. As the “fragile” stability that the family had maintained during the pre-epidemic months soon fell apart.

First, the working days for the family members were reduced and the employers failed to pay wages regularly, the matter became worse when they all lost their jobs.

“My husband was a daily wage earner, and he never took his full wages, when we needed food, he used to borrow money from the employer and his brother used to work from 8 a.m. at morning to 1 a.m. to receive eight dollars, and now nobody has been working in the family for months.

Meanwhile, home-made products have declined. “The female merchants used to buy soap cleansers, skin moisturizers, and shampoo, but after the epidemic outbreak, they stopped working, and the merchant who used to buy large quantities from us also stopped, now we sell by piece for our neighbors.”

Shanay is afraid that the young men would get out for work if there is any, least any one of them contracts the virus and infects the other family members, “if anyone was infected with coronavirus, we will not be able to the hospital, and we are afraid to go there due to the overcrowding and the absence of safety measures,” she says.

It is worth mentioning that, there are no official records of the numbers of Coronavirus infected cases among the Syrian refugees in Yemen, while al-Tal unearthed estimated figures to be around 500 Syrian refugees, two of them died since the first coronavirus case was announced in November 2020.

How Does the Al-Droubi Family Live Today?

“We are worn out, but forced to live this way,” answers Shanay before she bursts into tears.

The crisis has imposed a very harsh pattern of life on the family to endure. Starting from depriving themselves from meat, and decreasing the number of daily meals “We used to eat three meals a day, but now we have only two, the late breakfast and a meal at the sunset which is a joint lunch and dinner, we cook one time every two or three days. children eat first, and we, the adults, have to endure such hunger.”

The family fails to pay the house rent which is 120 dollars, and three months were unpaid, “which drove the landlord to publicly humiliate us in the alley. A while ago, he came to us shouting: (Get out of my house, you swindlers,)” says Shanay.

As a part of the response plan to the Coronavirus pandemic launched by the UNHCR in Yemen(4), in mid-November 2020, the family received financial assistance of 350 dollars for one time, which helped them to sustain the most urgent needs.

The sole spending source for the family is the money Feras borrows from his Yemeni friend. “My husband’s friend helps us,” says Shanay, “when we were in good conditions, my husband offered him services at low prices. The guy wanted to repay the favor. He lends us money hoping that one day in the future our situation would improve and we will pay off all our debts.

Even though Shanay has paid the school fees for her two daughters which amounts to 400 dollars, she decided not to send them to the next year’s classes if the situation remained as is.

What concerns Shanay the most is her inability to cure her three-year-old daughter, who suffers from high eye pressure. “My daughter has suffered from glaucoma since she was born,” she adds, “The UN helped us to undergo three operations. Her eyes have to be checked every six months, in addition to a daily eye drop. “We missed the examination date, and expect the Commission to pay its cost (…) on many days, I could not afford to buy the eye drop for my child until the Commission provided it for her.

In mid-November 2020, Shanay applied to the UNHCR to help her family members to travel to Europe or return to Syria, after losing all means of life in Yemen.

Al-Tal asserted that many Syrian refugees in Yemen now want to return to Syria owing to the challenges imposed by the Coronavirus pandemic, and the shortage of aid provided.

Daraj
Daraj joins the voices of the Egyptian human rights organizations that have a issued a statement condemning the referral of Zaki to the emergency court, while affirming its commitment to defending public freedoms in Egypt and other countries in the region where many of the authorities have targeted social and political activists.

Diana Semaan- Amnesty International Syria Researcher
If the international community, and particularly Russia, does not intervene to pressure Syrian authorities to end the siege the residents of Daraa have little hope of an end to their suffering in sight.

Nour Al-Safadi
Thousands of patients are on the brink of death, as the health sector is on the verge of collapse. Hospitals face a lack of medication, fuel and staff.