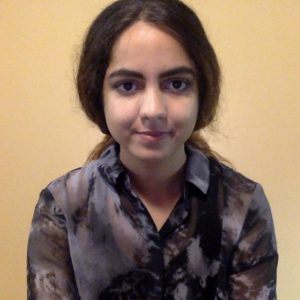 Nayla Rida
Moroccan Journalist
December 27, 2020
Menu
“In Syria, seeing a therapist is considered a sign that you're crazy”. Abdulaziz wishes mental health care was less taboo, especially in the Middle East, where he explains that people need it even more because of the region's problematic history.

“A lot of people in the asylum seeking center thought we would not become anything important in this life; that we were just damaged people.”

If the Dutch asylum center knew about trauma-informed practices, maybe Abdulaziz al-Alami wouldn’t have needed as much effort to not internalize this message and to keep believing in his potential.

After arriving in the Netherlands as an asylum seeker, this young and motivated Syrian man in his twenties made it a point to learn the language as soon as possible to maximize his chances of success in his host country.

It wasn’t, however, without challenges.

“I thought something was wrong with me because I knew I could usually learn faster,” he recalls.

His social work degree made him able to realize, in retrospect, that his executive functions were actually impaired because of trauma. Executive functions are the mental skills utilized when focusing, thinking forward, and in controlling our impulses, among other things. “I had problems with scheduling, remembering things and thinking ahead,” he explains.

Attention problems are common for some suffering from Post-Traumatic Stress Disorder (PTSD). When your brain is on survival mode, it goes through an overactive toxic stress response. Instead of being open to novelty, you become hypervigilant (a state in which you’re extremely sensitive to your surroundings, hyper-alert to hidden dangers, often when these dangers aren’t real) and starving to feel in control.

Heather Forbes is an American social worker specialized in the emerging field of trauma-informed teaching and care, that aims to put forward educational practices that take into consideration the internal state of those suffering from PTSD or, for those who suffered more than one ongoing trauma, Complex PTSD (C-PTSD).

“In order for children to learn, they need to be in a state of balance, regulation. It’s not a choice they make. It’s a physiological thing,” she emphasizes.

Understanding that traumatized children or youth underperforming in school is not caused by a lack of will can help us move away from punitive practices. Punitive discipline increases stress, which is exactly what hinders their learning in the first place.

“It is not that refugee and asylum-seeking children hold themselves back on their own accord, it is the environment that is holding them back if it is unsafe, unresponsive or inadequately trauma-responsive,” explains Yousef Khalifa Aleghfeli, a researcher at the University of Oxford Department of Education, who specializes in refugee education and social care.

In her TED Talk “The Power of Ripples”, Rez Gardi, a Kurd born in a refugee camp in Pakistan where she spent the first eight years of her life before relocating to New Zealand, says: “What I was most shocked about, in New Zealand, was going to school and seeing how the teachers were so nice. It confused me, because in Pakistan, I was used to learning under fear. Teachers would beat us with sticks and I remember being dragged around the classroom by my ponytail for getting the pronunciation of a word wrong. So as it turned out, when I wasn’t being forced to learn due to fear, I quite enjoyed it.”

She went on to create a non-profit for the education of youth of a refugee background, became the first Kurd to graduate from Harvard Law School, was a speaker at the United Nations, and won many awards for her work. She is currently prosecuting ISIS crimes against Yezidi people in Iraqi Kurdistan, as well acting as a visiting lecturer at the University of Kurdistan Hewler.

All of this while having been told by her high school counsellor that someone with her background shouldn’t realistically consider studying law.

“Teachers should not give up on the refugee or asylum-seeking child once they arrive simply because they view that child as ‘at-risk’ or ‘vulnerable’,” explains Yousef. “Having that faith that children can cope, can be adaptive, and can be resilient, is the first step for any teacher to becoming trauma-informed.”

“So as it turned out, when I wasn’t being forced to learn due to fear, I quite enjoyed it.”

As it turns out, reflecting a caring attitude back to the traumatized youth is one of the best ways to help them cope with adversity. It is especially crucial for children, because abuse and neglect can negatively affect their brain development.

As a matter of fact, when asked how he found the strength to keep going and continue to be optimistic regarding his future, Abdulaziz does report the positive impact his relationship with his Dutch girlfriend at the time had on him. “Her family kept saying that everything was going to be okay, that I had to be patient and to believe in myself,” he adds.

He wishes mental health care was less taboo, especially in the Middle East, where he states that people need it even more because of the region’s problematic history.

Abdulaziz’s interest in psychology started when he was a teen. He’d read books about psychoanalysis and find them fascinating, wishing he could study the topic later at university. However, his parents wouldn’t have supported him. “In Syria, seeing a therapist is considered a sign that you’re crazy,” he says. Hence, very little people go see one, so there wasn’t a high demand for psychologist.

In the Netherlands, he experienced something similar. “Something really big must have happened for it to be normal in the Netherlands to see a psychologist.” This is why he chose to become a social worker instead. He would reach more people, especially refugees.

“I believed in psychology, so I went to see a psychologist. But I don’t know a lot of other refugees who went to see one.”

He hopes that as a social worker, he can bridge the gap between the Dutch care-giving system and the refugees. “There was always a missing piece between these two groups.” He cites linguistic differences, cultural differences, as well as differences in expectations.

Social workers like him are crucial to helping alleviate what Yousef calls post-migration trauma. People tend to focus on the trauma happening in the home country, which forces the refugees and asylum seekers to flee, forgetting that the experience of resettling in a host country can be traumatic in itself.

“Post-migration trauma is the trauma experienced by the child upon arriving to the host country. This includes exposure to post-migration violence such as bullying, harassment and discrimination, exposure to child abuse and neglect, immense anxiety while waiting for the results of their asylum application, or the asylum application of a loved one who arrived later, and many more,” explains Yousef.

“That is why teachers, social workers, healthcare professionals, and mental health professionals are important and deserve continued support. These professionals are the frontline workers in engaging with refugee and asylum-seeking children – the unsung heroes of refugee crises. Alongside the parent or guardian, these adults work together to create a trauma-sensitive, safe and supportive environment for the child, and as trusted and caring adults, play an important role in encouraging the child’s learning capacities and in overcoming adverse childhood experiences.”

To conclude, Heather says she hopes people don’t see the recent emergence of trauma-informed practices as a short-term approach. “Sometimes people say it’s just a fad. It’s not a fad. Love is not a fad.”